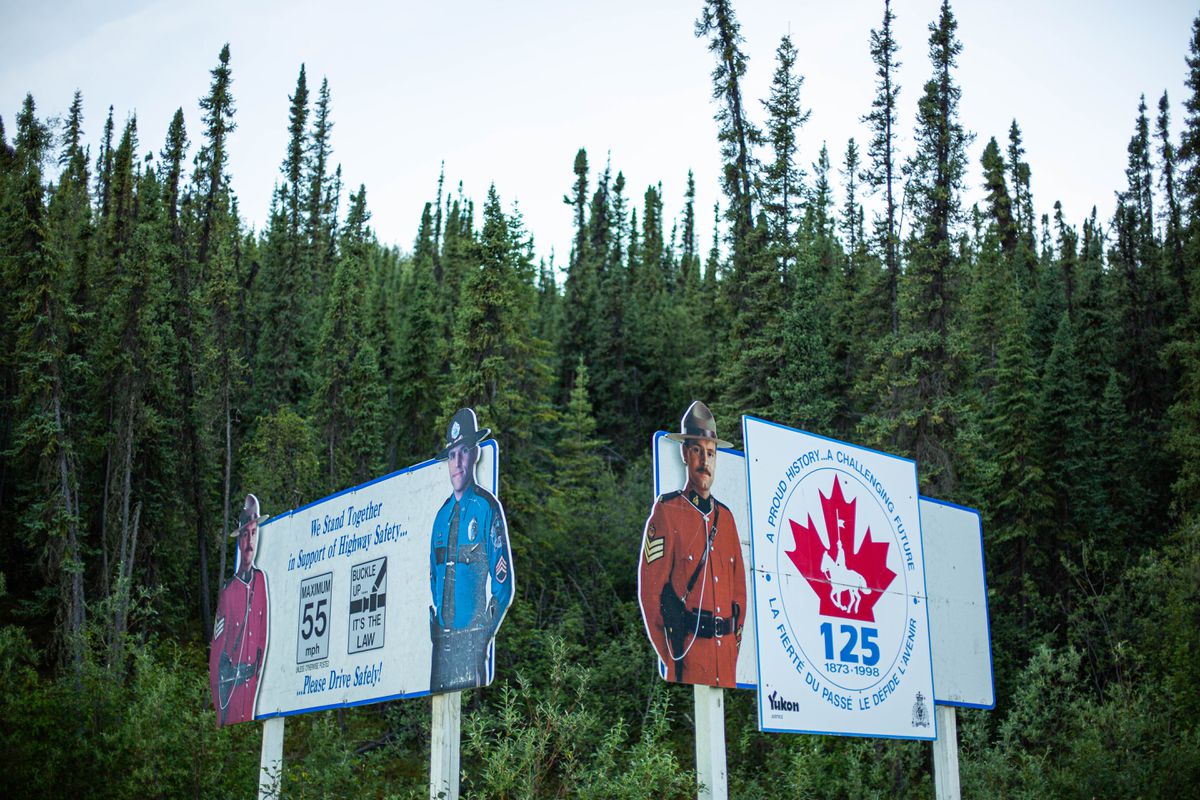 Alaska towns along the Canadian border are bracing for a second summer of restrictions, but at least one business on the Alaska Highway is benefiting from continuing Canadian exceptions for essential travel.

Kris Beeman, who owns Caribou Cabins in Tok, said the flow of essential workers and new Alaskans has provided business during what has otherwise been an unusually quiet year in the town.

During a normal summer, Beeman said, Tok stays relatively busy, with travelers passing through from all over the world. But last summer, military families and others moving to Alaska made up the bulk of the clientele at Caribou Cabins.

“Tok is a border town. It’s not a destination by any means. It’s not like Denali — these people are just passing through,” he said. “So the impact here is much less than other parts of the state for sure.”

More than 47,000 people have crossed the Canadian border into Alaska in personal vehicles since March 2020, according to data from the Bureau of Transportation Statistics. Nearly 70% of those vehicles have entered through the Alaska Highway crossing, roughly 90 miles from Tok, the first major town on the Alaska side.

Beeman said he’s anticipating this summer will be similar to last, though he is getting slightly more bookings so far.

“Who knows what it’ll be like — a lot of people are getting vaccinated so they’re just making travel plans, so who knows? They may come, but if there’s another summer surge, they may back off,” he said.

Canada has extended the border closure on a monthly basis for more than a year. The current restriction is in place until May 21. Rising vaccination numbers in both countries have not yet led to new exceptions.

[The Canadian border is closed, but Alaskans in the Lower 48 can still drive home. Here’s what to expect.]

In British Columbia, which borders Southeast Alaska, about 25% of the population had received at least one vaccination by last week, according to Canada’s Public Health Agency. Across Alaska, that percentage is about 50%.

Last summer was tough on the Alaska towns of Haines and Skagway, both of which rely mainly on tourism to fuel their economies.

The historic Chilkoot Trail, which begins just outside Skagway and ends at Lake Bennett, British Columbia, was closed on the Canadian side last summer. This summer, it’s open on both sides — but hikers cannot cross the border and have to turn around.

The White Pass Yukon Route railroad, which picks up hikers from the trail at Lake Bennett, was also closed last year. Jacqueline Taylor-Rose, a spokeswoman for the company, said it’s taking things day by day, but without cruise ships and with the closed border, it’s unlikely those pickups will resume this summer.

Taylor-Rose said the border closure has been challenging for Skagway because locals view residents of the Yukon Territory as their neighbors. It’s just over a two-hour drive to Whitehorse, but people in Skagway routinely used to drive across the border to go to the dentist, run errands or visit friends, she said.

“We’re all chomping at the bit to get back to the Yukon, and I think vice versa from the Canadians we talk to,” Taylor-Rose said.

Stewart, a small border town in British Columbia, is conjoined with Hyder in Alaska, roughly 3 miles from the border. The remote towns rely on each other for basic supplies and other needs — people living in Hyder cross the border to buy groceries and their children go to school in Canada.

Border crossing restrictions were loosened for Hyder and Stewart in the fall, making it so essential workers with jobs in the opposite country could cross the border, Hyder residents could make quick trips for groceries and Alaska students could resume in-person classes in Canada.

Caroline Stewart, who owns a Hyder gift shop, said the closure has been immensely difficult for the town.

Stewart said all the businesses in Hyder have closed at least temporarily during the pandemic. She closed her business last summer and is expecting another season without greeting customers, doling out her homemade fudge or opening the cash register to count out change.

Stewart said she looks forward to working again, getting off unemployment and just returning to normal life.

It only seems right that Hyder is able to repay the favors by offering vaccines, Stewart said. While many Canadians have gotten a first dose of vaccine, there are longer waits for the second shot.

But Stewart fears she won’t get to cross the border into Canada this summer to visit friends or go to church.

“I’m not gonna have a season again this year,” she said. “It’ll be another year with a sign that says ‘Stop, do not enter. Nonresidents not allowed.’ It’s going to be another year of that.”