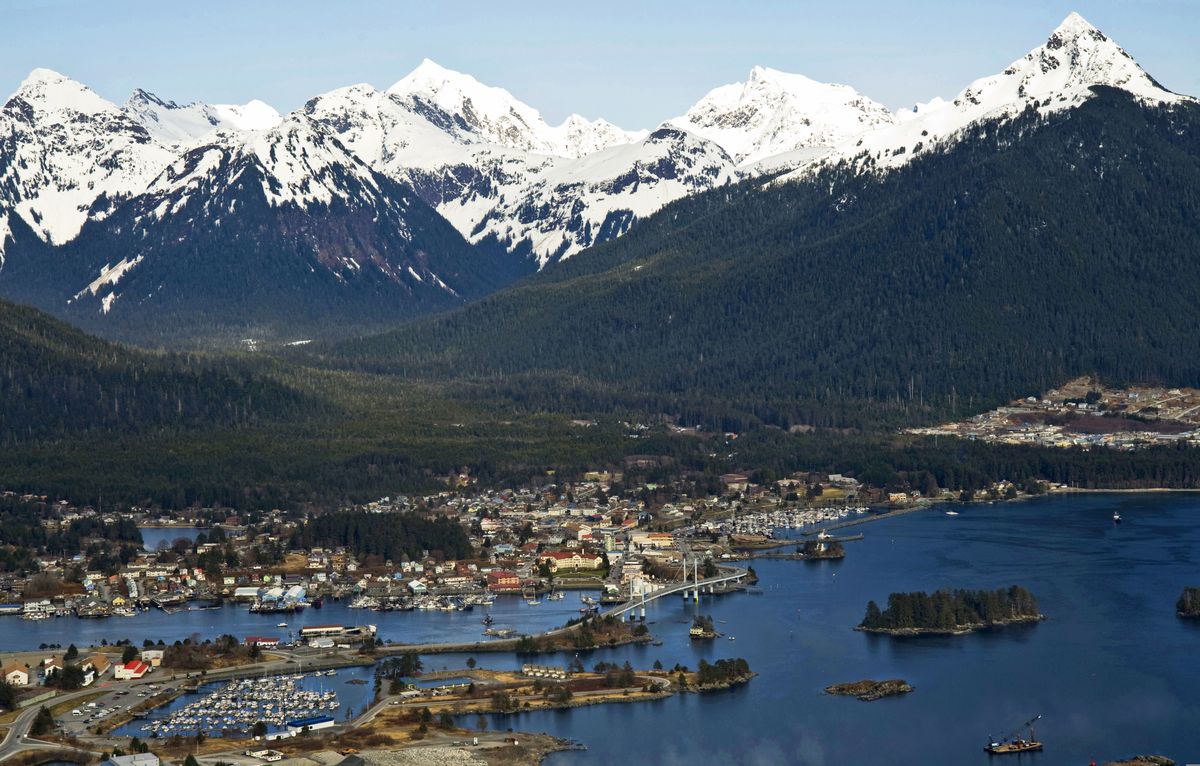 A Sitka resident died with the virus Monday, according to reports in the Daily Sitka Sentinel.

Also Monday, a visitor leaving Sitka tested positive for the virus, then boarded an Alaska Airlines flight at 6 a.m. Tuesday with three others, according to a message from the local public health nurse. All four showed symptoms of COVID-19.

Officials from public health, state epidemiology and the Centers for Disease Control and Prevention “all tried to stop the travelers from boarding the aircraft,” according to the message, published in the Sentinel. The flight went to Juneau, where the group connected to Seattle.

Alaska Airlines was contacted by the CDC after the group was en route to Seattle, an airline spokesman said Wednesday.

“Our management team met the flight upon landing and informed the guest they would not be allowed to continue to their final destination. No Alaska employees, including those in Sitka and Juneau, were aware that a guest who had tested positive for COVID-19 had boarded the flight until the CDC contacted us,” Alaska Airlines said in a statement. “Our medical experts have reiterated that the risk of transmission for anyone who was not in close contact with this passenger remains low.”

The average case rates in the community of just over 8,500 are among the highest in the country at the county level.

Sitka fire chief Craig Warren, the incident commander at the city’s emergency operations center, said he’s been fielding emails “nonstop all day” from people asking him to do something. But, Warren said, he’s limited in his authority.

“I’m asking Sitkans to do what’s right,” Warren said Wednesday afternoon. “After 18 months, they know what it is: get vaccinated, wear a mask, practice social distancing and good hygiene.”

Sitka as of Wednesday had more than 200 active cases and an average 14-day rolling case rate over 15, according to the municipal dashboard. The outbreak is the worst the community has suffered since the pandemic began in March 2020, according to a New York Times case tracker.

The mentality in town these days is “reminiscent of last year” when the pandemic still limited interaction, said Jonathan Kreiss-Tomkins, a legislator from Sitka.

“I think people are organically curbing their social interactions and all of that,” Kreiss-Tomkins said.

The difference now: Nearly 70% of Sitkans are fully vaccinated, allowing residents to resume normal activity even as some decline to get shots and some vaccinated people test positive, too.

“People’s guards are down, they’re getting back to normalcy,” he said. “I certainly was.”

The rising case counts come as the first major cruise ship to dock in Alaska waters since 2019 arrived in Sitka on Wednesday. The Serenade of the Seas, operated by Royal Caribbean, docked at the community’s cruise ship dock 7 miles north of downtown Sitka and passengers disembarked to visit the town.

The ship is carrying about 630 passengers, roughly a quarter of the 2,476 passengers it can hold, according to Gene Sloan, a blogger on board who described his initial impression as being on a ship empty enough to feel like a private yacht. Passengers must wear masks in the interior spaces of the ship, and some areas such as the casino and the pub are off-limits to passengers who aren’t vaccinated for COVID-19.

Nearly everyone aboard the Serenade of the Seas, or about 97% of passengers and crew, is vaccinated, Royal Caribbean said in a statement Tuesday.

The newly reported Sitka cases are among 435 infections among Alaskans reported over the last two days in the state, with one new COVID-19-related death, according to Wednesday data posted by the state Department of Health and Social Services. Another 37 cases were reported among nonresidents.

The person who died was a woman in her 70s from the Prince of Wales-Hyder Census Area, the state health department said.

“We had two days that were over 200 cases,” state epidemiologist Dr. Louisa Castrodale said during a weekly briefing Wednesday. “You’ve been hearing how things are turning red throughout the state.”

Much of Alaska was in the high alert level, shown as red on maps, as of Wednesday.

Hospitalizations have continued to rise statewide. By Wednesday, state data showed there were 70 people with confirmed cases of COVID-19 hospitalized around the state. In the second half of June, that number hovered between 10 and 19.

Hospitals in Anchorage are busy, with sporadic alerts of emergency rooms in “divert” status without available beds — a rolling situation that can change quickly. State officials say it’s a busy time of year for ERs, with trauma-related injuries from people out recreating but also people catching up on medical procedures they delayed over the past year.

“It is not just COVID,” Heidi Hedberg, the state’s public health director, said during Wednesday’s briefing.

In total, 375 Alaskans and seven nonresidents with COVID-19 have died since the pandemic reached the state last spring.

Alaska’s death rate per capita remains among the lowest in the country, though the state’s size, health care system and other factors complicate national comparisons.

Health officials continue to encourage Alaskans to get vaccinated against the virus, noting that the vaccines have been shown to be highly effective at preventing severe illness from the virus, including the more contagious variants.

About a third of the new cases in Sitka now are among vaccinated people, local emergency officials say. City officials are asking people to wear masks, whether or not they are vaccinated; to maintain distance in public places; and to stay home if feeling ill.

The recent rise in cases can likely be attributed in part to the highly contagious delta variant first identified in India in December and in Alaska in May, health officials have said. The newer strain has been linked to higher hospitalization rates, and is considered the most transmissible variant yet.

By Wednesday, roughly 57% of the state’s population age 12 and older had received at least their first dose of the vaccine while 52% of all residents 12 and older were considered fully vaccinated. Among all states, Alaska ranked No. 33 in the country for most vaccinated residents per capita.

Of the 435 resident cases reported Tuesday and Wednesday, there were 153 in Anchorage; 62 in Sitka; 27 in Juneau; 22 in Homer; 21 in Palmer; 19 in Cordova; 15 in Wasilla; 14 each in Fairbanks and Soldotna; 11 in Kodiak; 10 in Seward; six each in Bethel and Kenai; five each in Chugiak, Eagle River and Ketchikan; four in Sterling; three each in Hooper Bay and Unalaska; two each in Anchor Point and Utqiagvik; and one each in Douglas, Girdwood, North Pole, Sutton-Alpine and Valdez.

There were 37 nonresident cases: seven in Cordova; seven in Sitka; six in Wasilla; four in Anchorage; four in the Kenai Peninsula Borough; two in Homer; one in the Prince of Wales-Hyder Census Area; and six in unidentified regions of the state.

Of all the coronavirus tests completed in the state over the last week, 5.35% came back positive.