Anchorage voters will decide on alcohol tax next spring 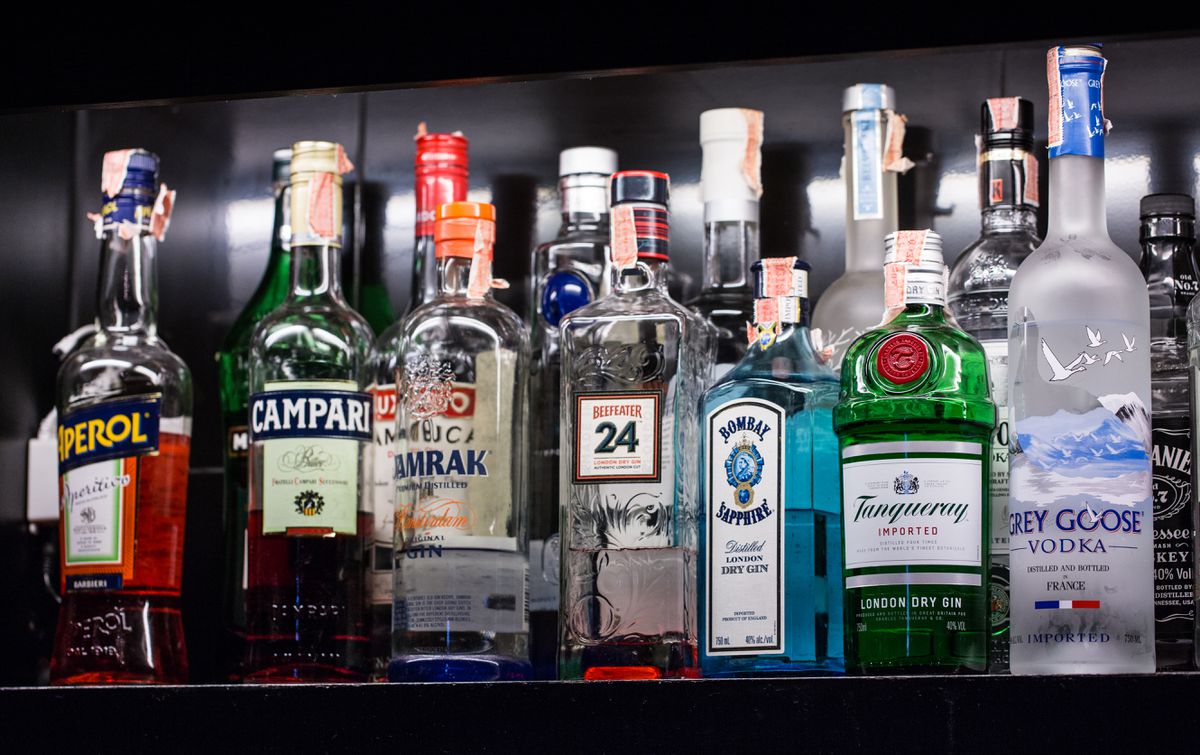 An alcohol tax to raise money for illegal camp cleanups, shelter beds, substance abuse treatment and other public safety issues will appear on the Anchorage city ballot in April.

The city Assembly voted 10-1 in a special meeting Thursday evening to put the tax, proposed by Mayor Ethan Berkowitz, on the ballot. The proposed tax rate is 5 percent.

“My message to the voters in Anchorage is you’ve been asking for help cleaning up the encampments and fixing some of the ongoing problems,” said Assemblyman Christopher Constant, who represents downtown Anchorage. “I’m going to vote to send one branch of that solution to you tonight.”

The move sets the stage for what will likely be a bitter battle. Business owners say the tax unfairly puts the burden for complex problems on retailers and responsible drinkers.

“We will fight this,” said Sarah Oates, the director of the Alaska Cabaret, Hotel, Restaurant and Retailers Association.

Anchorage voters have defeated sales and alcohol taxes in the past. Berkowitz has said he hopes legally dedicating the money to causes like homelessness and treatment would make a difference.

Other Alaska communities, including Utqiagvik (formerly known as Barrow), Juneau and Fairbanks, already have local sales taxes on alcohol.

According to the Berkowitz administration, uses of the tax money could include:

• Storage for personal property seized from illegal camps during cleanups.

• The city’s “Mobile Intervention Team,” a team of social workers and a firefighter who triage homeless campers.

• Cold-weather housing and shelter for people who are homeless.

• Construction of a potential “Alaska Center for Treatment,” or as a match for private investment.

Berkowitz and members of the Assembly have said declining support from the state is forcing the city to look at the tax as an option.

The Assembly listened to nearly two hours of testimony at its Tuesday night meeting. A long line of people spoke. On one side, there were the bar owners, craft brewers and liquor distributors, some wearing red. On the other side were social services providers, homeless advocates and people who had been homeless themselves.

Business owners say they’re worried the tax will scare away customers. They spoke about financial unsteadiness, especially in the wake of a damaging earthquake. They also disputed the mayor’s characterization of alcohol as an “incredibly profitable business,” though some statistics presented during the meeting seemed to contradict each other.

“I am afraid, like many restaurateurs in this room, (the tax) will hurt patronage,” said Dana Walukiewicz, an owner of King Street Brewing Co., which recently built a new taproom in South Anchorage.

Don Grasse, the president of K&L Distributors, listed statistics about his company’s financial challenges in recent years. Assemblywoman Austin Quinn-Davidson asked if he had other ideas for confronting the city’s problems. Grasse said he would support a broad sales tax, not one just focused on alcohol.

Quinn-Davidson also asked why voters shouldn’t be allowed to vote on the tax proposal. Grasse had an answer for that, too.

“I’m sure the industry will mount a pretty sophisticated campaign,” Grasse said. “We’ve won those elections every time we’ve had them. I think it’s a waste of time and effort, for both sides.”

The last time an alcohol tax appeared on the Anchorage ballot was in the 1990s, when citizens collected signatures as part of two separate initiatives. Voters rejected both, in 1994 and 1995. More recently, in 2015 and 2017, the alcohol industry mounted campaigns against alcohol tax proposals that hadn’t yet made it past the Assembly. Until now, the Assembly has rejected tax measures offered up by lawmakers.

Representatives from social services agencies, including the Brother Francis Shelter and RurAL CAP, also came to the meeting to make a case for how the funds could help.

“I really see this as a question of, what kind of community do we want to live in in the next five to 10 years?” said Dave Rittenberg, the director of Brother Francis Shelter.

Rocko Lee is a resident of 325 E. Third Ave., a RurAL CAP facility for people who have experienced chronic homelessness and substance abuse. He told the Assembly he spent 20 years on the streets and watched people die from drinking too much. He’d still be on the street, he said, if it wasn’t for RurAL CAP.

On Thursday, explaining her yes vote, Quinn-Davidson said many other industries in Anchorage pay a tax, including a 12 percent tax to stay in a hotel.

“If tourists are doing that, and we know prices of hotels in the summer, I really think people are still going to buy a drink, me included,” Quinn-Davidson said.

In the past year, a group of neighbors who live near downtown Anchorage has become increasingly vocal at meetings demanding more be done about illegal camps, including more shelter beds and aggressive year-round cleanups. Some have said pointedly that they would be willing to pay a tax.

Heading into the ballot fight, Berkowitz will also have a powerful and unexpected ally from within the liquor industry: Brown Jug Liquor Stores.

The company sees Anchorage as a place of significant future investment, said James Burns, the CEO of Alcanna, in a telephone interview Monday. He said supporting the tax was the right thing to do if it helped the community sort through its challenges.

“We’re in business for the long term, not to make profits for the next month,” Burns said.

Burns said the company, which acquired Brown Jug in 2008, went through a leadership change about a year ago. A new focus on community investment is one reason Brown Jug closed one of its two stores in Mountain View earlier this year, Burns said. Neighborhood advocates had called for more limited access to alcohol in the neighborhood.

If the Anchorage tax had not been dedicated to specific causes, Brown Jug may have been less inclined to support it, Burns said. He also suggested the company — one of the largest private alcohol and marijuana retailers in North America — may be able to absorb a higher tax without raising prices.

As the state’s largest retailer, Brown Jug can more easily weather a tax, Oates and the owner of 49th State Brewing Co., David McCarthy, argued in an editorial this week. Mom-and-pop businesses would be hardest-hit, Oates and McCarthy wrote.

Meanwhile, a state tax on alcohol, new ID checks and restrictions on container sizes have done nothing to make a dent on homelessness or public inebriation in Anchorage, Oates and McCarthy wrote. Instead of passing a local tax, the city should lobby for a greater share of state alcohol tax money, they said.

The Mental Health Trust already dedicates millions of dollars every year to programs around Alaska, not just in Anchorage, said chief executive Mike Abbott. He said the agency’s budget would grow incrementally over time, but not to the tune of $10 million. The trust’s beneficiaries include people with traumatic brain injuries and Alzheimer’s who are not necessarily homeless, said Abbott, a former city manager for Berkowitz.

“We were not created to be a substitute for state or local spending,” Abbott said.

Assemblyman John Weddleton, the only one who voted against sending the alcohol tax proposal to the ballot, said he was concerned about its broadness. He pushed unsuccessfully Thursday night for a substitute version with a lower initial tax rate and a more narrow definition of where the funds could be dedicated.

In the end, the Assembly stuck to Berkowitz’s original proposal.