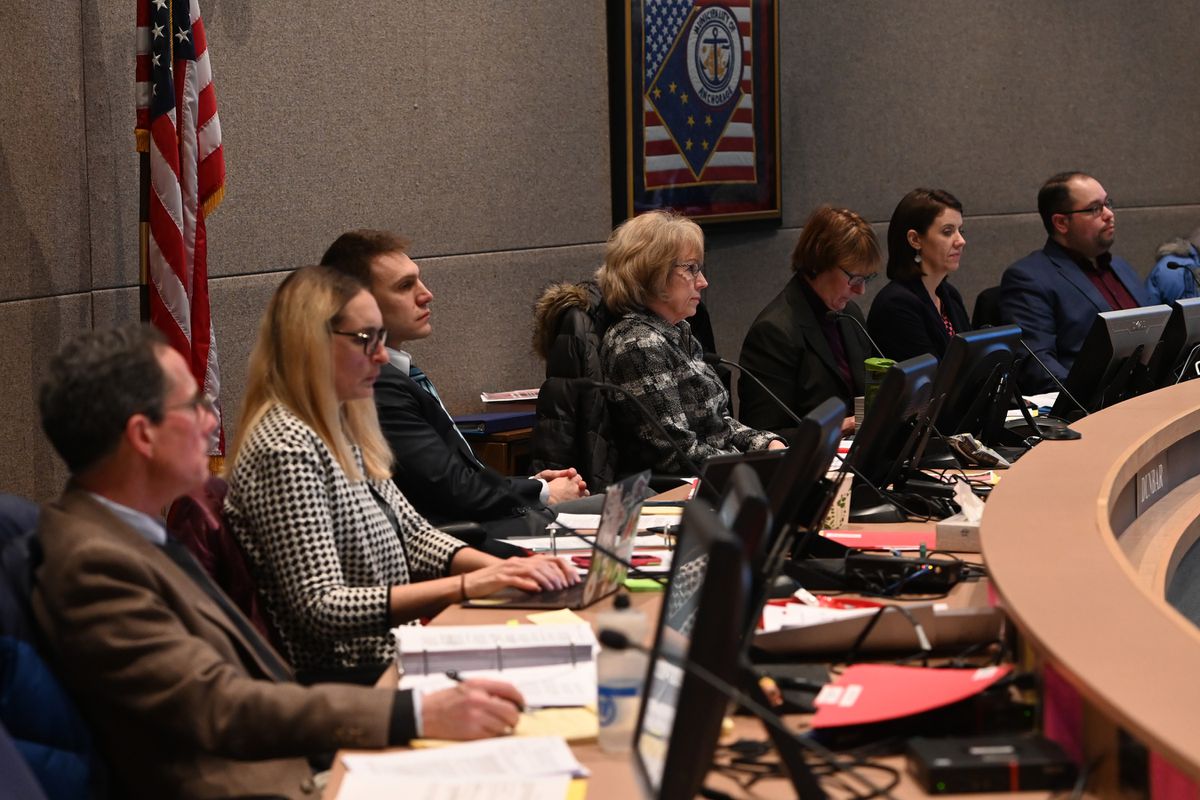 After weeks of town halls, public hearings and work sessions, the Anchorage Assembly voted Tuesday night to send a 5% alcohol tax to voters in the April 7 election.

With a similar proposal failing last year and several members voicing opposition to the idea, the Assembly ended up voting 9-2 in favor of the tax, which needed eight votes to get on the ballot.

If approved by voters, the estimated $11 million to $15 million per year raised would fund programs to reduce substance abuse, child abuse, sexual assault and domestic violence. It would also fund more shelter beds for the homeless and first responder positions. It was opposed by Assembly members John Weddleton and Crystal Kennedy.

The alcohol tax proposal includes an amendment to Anchorage’s charter so it can be passed by a simple majority of voters.

[How much voter approval is required to pass an Anchorage sales tax? It depends]

“We know it’s a positive public health measure, we know the revenue will be well spent and we feel better about its passage than we ever have before,” said Tiffany Hall, executive director for Recover Alaska, which is running a campaign to pass the tax.

Hall said she engaged in extensive lobbying with Assembly members to ensure she had the votes.

“The Assembly members had a lot of really good questions and wanted to see data and research and really understand where we were coming from,” Hall said.

“I think we have done a tremendous amount of due diligence," Dunbar said before the vote.

Last year’s attempt was not supported by a significant public outreach campaign. It faced opposition from the alcohol industry, which spent hundreds of thousands of dollars on a campaign against the tax.

Hall said she’s ready to combat that opposition this year, as the alcohol industry has repeatedly said it will again work to defeat a tax.

Hall declined to give campaign donation information or say what companies or nonprofits she is lobbying. She said she expects the Assembly approval will be a boon for fundraising.

“A lot of people were waiting to see what happened tonight,” she said. “People have been asking to help us.”

Hall said she hopes some of that help comes from Brown Jug, the state’s largest liquor retailer. The chain supported the tax last year.

“We will have to check back in with them,” Hall said. “I know they were in favor of it last year. I know they took a lot of flak for that."

Assembly members on the fence Tuesday evening also heard from 22 members of the public in a continued public hearing. Unlike past meetings, most who testified Tuesday were against the tax.

Dan Page of Eagle River told the Assembly they needed conservative voters for it to pass.

“There are a few things that motivate conservative voters," he said. "One is the words ‘tax increase.’”

Brad Baldridge started his testimony by quoting a song from country singer Tom T. Hall: "I like beer, it makes me a jolly-good fellow.” He threatened to quit drinking if the price of a beer jumps due to a tax. He then reminded the Assembly of the country they were residing in and referenced the Boston Tea Party.

“I’m not trying to push America into some kind of socialist state," Baldridge said.

After the public hearing closed, members first took up Assemblyman Fred Dyson’s sales tax proposal to better fund the criminal justice system. It took many forms over the past month, with the final version being a broad-based sales tax that would increase during summer when tourists are plentiful.

Dyson spoke at length about crime in Anchorage, at times dipping into dark subject matter related to sexual abuse and assault.

In the end, it failed 8-3. Dyson worked extensively on the tax. A former legislator, Dyson has long been passionate about combating crime. He is not seeking reelection when his term is up in April. He said after the meeting that he knew it wouldn’t pass.

“The pain and anger I feel is for the people who will be victimized because we don’t do jack s---,” Dyson said.

In the end, Dyson supported the alcohol tax, which he said was better than nothing. He said he planned all along to vote for it, but kept that a secret from the other Assembly members and Hall, with Recover Alaska.

It was a tough choice for Dyson, as the alcohol tax would bring in a fraction of what his proposal would have. But Assemblywoman Meg Zaletel, who wrote an opinion piece in the Anchorage Daily News last week signaling she would vote against the alcohol tax, pushed her colleagues to come back later in the year and find a way to raise more revenue to better tackle Anchorage’s issues.

In that, Dyson found solace.

“I think actually that these folks will come back and revisit this and do something similar a year or two from now,” he said.