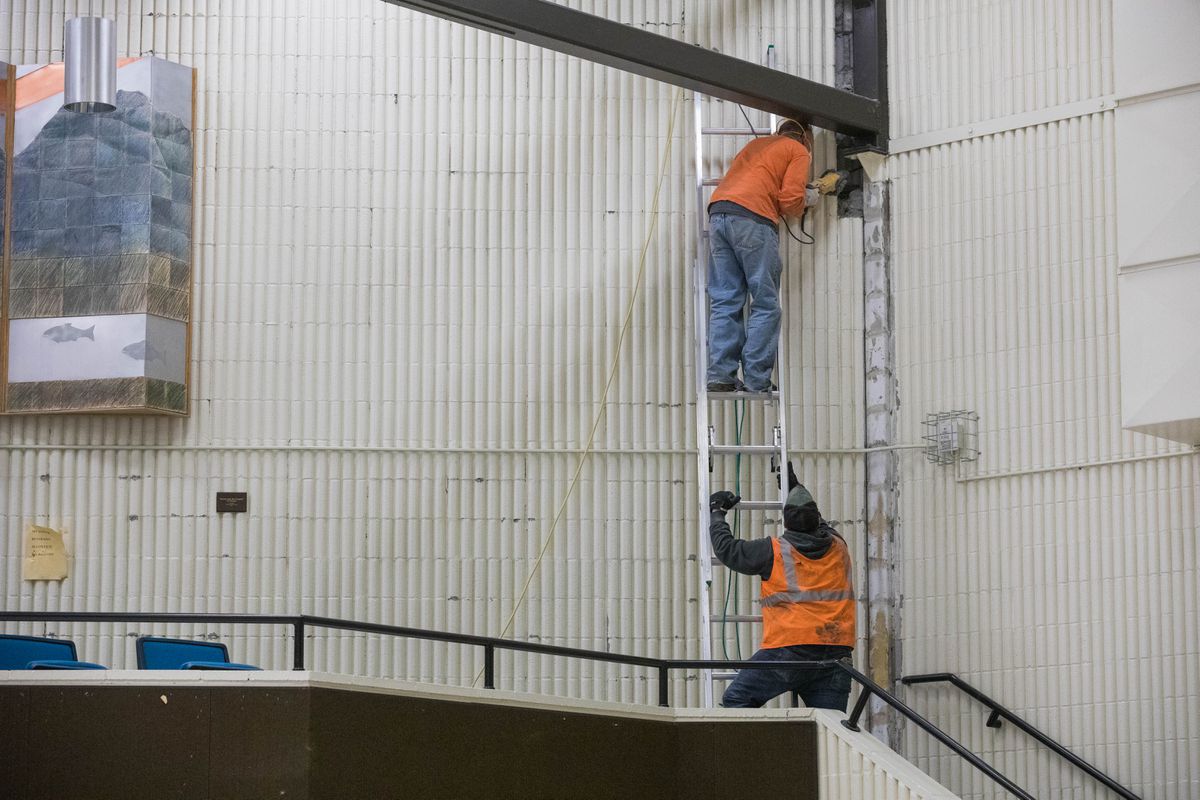 The Anchorage School Board on Tuesday narrowly approved a $82.8 million bond proposal for the April ballot after a flood of community input and debate between board members.

“This was a very tough decision for the board,” said School Board President Starr Marsett, who voted in favor of the proposal. “There was a lot of difference of opinion.”

After a flurry of amendments — nearly all of them failing — the board approved a single bond proposal in a 4-3 vote shortly before 11 p.m. Tuesday. The proposal mostly targets earthquake-related fixes, and would also fund the first-ever bonded repairs to a charter school.

Here are the projects the proposal includes:

• About $70 million to pay for earthquake-related repairs and improvements at 14 schools across the district. Gruening Middle School has the highest price tag at $39.3 million, followed by East High School at about $11 million and Eagle River High School at $4.5 million. Gruening Middle School and Eagle River Elementary School have remained closed since the November 2018 quake.

• There’s roughly $3.3 million in design funding to replace Inlet View Elementary School near Westchester Lagoon. In 2018, a consultant for the school district reported Inlet View had the highest utilization rate of any Anchorage neighborhood school. He recommended knocking it down and building a larger school.

• $6.8 million to pay for a new roof and other fixes at Aquarian Charter School in Spenard. The board voted 4-3 to approve an amendment adding the money to the proposal. In response, Aquarian supporters in the audience erupted in applause Tuesday night.

[Devoted to its run-down schoolhouse, Anchorage charter school looks to taxpayers for repairs]

• Nearly $3.3 million will pay for safety and code upgrades.

Vakalis, Hilde and Marsett had voted against adding Aquarian to the bond.

Donley raised concerns during Tuesday’s meeting about the bond proposal’s total cost. He had also wanted additional security projects on the bond, and advocated for splitting the bond proposal into two, one for earthquake repairs and one for other improvements.

About the version of the bond proposal that passed, he said: “I think it’s going to be a very difficult sell to the public.”

For Anchorage property taxpayers, the 2020 bond proposal would cost about $65 for a $350,000 house if the bond is sold in one year. But since the school district is simultaneously paying off debt, the expected net increase to taxes would be less — about $44 per $350,000 of assessed property, according to the district.

The total cost of the 2020 bond proposal is about $24 million more than this year’s bond package, which 59% of voters approved.

The higher price prompted the Anchorage School District to recommend skipping putting a bond on the ballot in 2021. That would reduce the 2020 bond’s net cost to taxpayers by about half, said Jim Anderson, district chief financial officer.

The board made no decision Tuesday night on bonding in 2021.

Meanwhile, the school district is continuing to work with the Federal Emergency Management Agency and the State of Alaska on reimbursement for earthquake-related school repairs. But it’s still unclear how much funding the government will provide, said George Vakalis, a consultant to the district.

Vakalis said any funds recouped could be used to reimburse the district for money spent from savings in the aftermath of last year’s earthquake. The money could also free up funds to pay for additional repairs, he said.

The Anchorage Assembly still must approve the 2020 bond proposal before it goes before voters on the April municipal ballot.