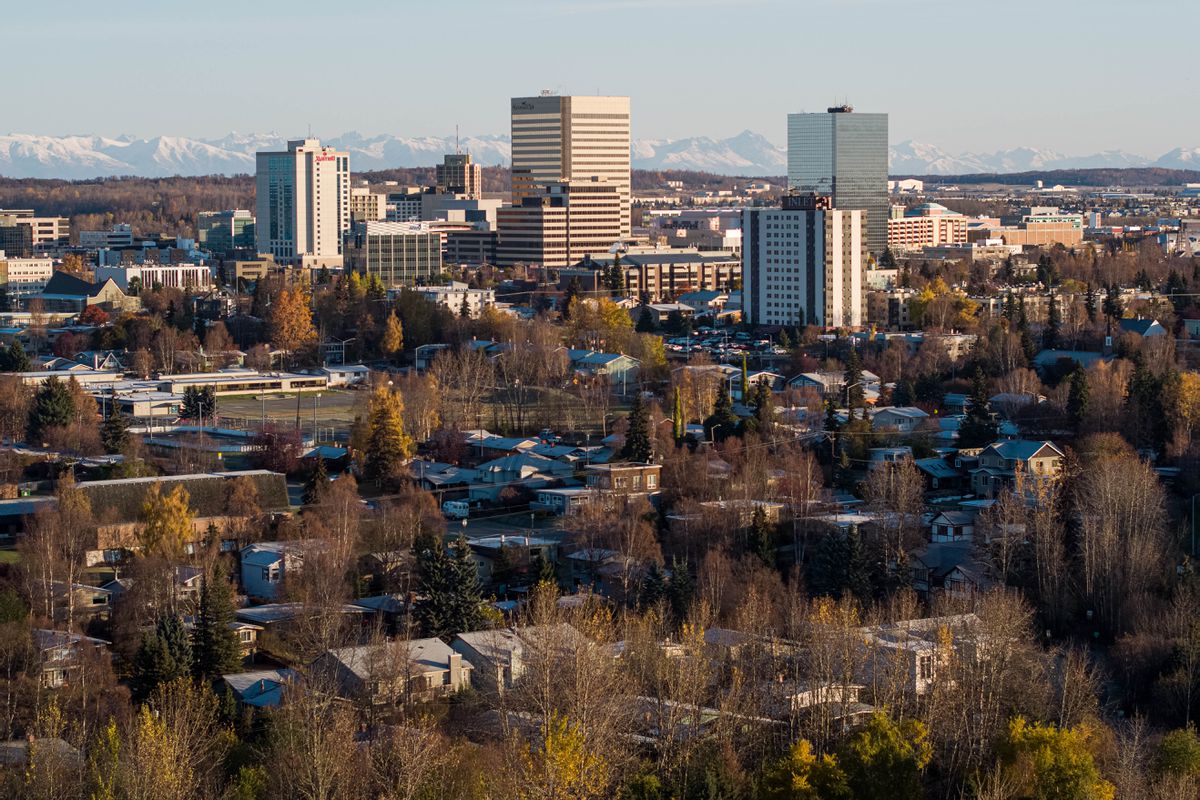 Anchorage Assemblywoman Austin Quinn-Davidson becomes the city’s new acting mayor on Friday. But there is division over how and when the Assembly should find a more permanent solution to fill the mayoral vacancy.

Attorneys for both the Assembly and the municipality say that the city charter leaves three legally defensible options on the table: Quinn-Davidson can remain acting mayor until a new mayor, who is elected in the regular April election, takes over in July; or the newly elected mayor takes over early once the election results are certified in April or May; or the city could hold a special election about two months before the regular election.

Mayor Ethan Berkowitz announced his resignation last week, the culmination of a convoluted saga that began when a local TV reporter posted unsubstantiated allegations about the mayor on social media. Soon afterward, Berkowitz, who is married, admitted to having a "consensual, inappropriate messaging relationship” with the reporter and announced his resignation the next day.

Berkowitz’s resignation is effective Friday at 6 p.m., and the Assembly chair — Quinn-Davidson — becomes acting mayor, according to the city’s charter. But flexibility in the charter over what to do next and each possible option presented by attorneys advising the Assembly brings its own set of complications.

Some Assembly members worry that holding a special election could mean multiple mayors in just a few months, further destabilizing the city at a time when it is still reeling from recent events.

Others say that Anchorage’s citizens should have the power to choose their leader in a special election as soon as possible.

Meanwhile, the city and its leaders are facing complex issues — the ongoing COVID-19 pandemic, a tattered economy and growing homelessness.

Division over how to move forward, but agreement that Anchorage needs stability

The quandary has little precedent — only once before has the Anchorage mayor’s seat been vacated early, when Mark Begich resigned in 2009 after being elected to the U.S. Senate — and Assembly members disagree over what to do next.

Assemblywoman Crystal Kennedy, who represents Eagle River-Chugiak and has opposed many of the Berkowitz administration’s actions over the past year, said she hopes the city will hold a special election as soon as possible.

Citizens deserve to choose who leads them, she said.

If the Assembly does not hold a special election, that means Quinn-Davidson could be acting mayor until July, about eight months.

"It’s a timing issue to me. It’s an awful long time to have an interim mayor,” Kennedy said.

Assembly seats and the mayor’s position are officially nonpartisan. Still, Kennedy said the Assembly’s recent actions show that they are “heavily partisan.” She said she was surprised when the Assembly chose Quinn-Davidson for acting mayor and likened it to “political maneuvering” — she views Quinn-Davidson as part of the left-leaning group that largely supported the Berkowitz administration’s actions on the coronavirus emergency and homelessness.

Kennedy had supported Assemblyman John Weddleton, from South Anchorage, for the acting mayor position, viewing him as moderate ground between conservative and progressive factions on the Assembly, she said.

But if the Assembly had voted Weddleton to be acting mayor, Kennedy said she would still support a special election.

During a work session Thursday, Assemblyman Kameron Perez-Verdia, from West Anchorage, said that he is leaning toward a special election because he thinks the charter intends for an acting mayor to serve for as short a period as possible.

Assemblywoman Jamie Allard, who also represents Eagle River-Chugiak, said that she is concerned because Quinn-Davidson, as acting mayor, would not be representing her West Anchorage district on the Assembly for months.

Still, others worry about the stability and continuity of city leadership if a special election is held.

Anchorage mayoral elections with multiple candidates often require a runoff election, lengthening the process. A candidate must get just over 45% of the vote to win, according to the city’s charter.

A runoff was not necessary when Berkowitz was elected in 2018 to his second term, but “since we don’t have an incumbent this time, I think it’s pretty well expected that there will be a runoff,” said Assemblyman Pete Petersen of East Anchorage.

That could mean the city sees four different mayors and multiple elections in just 8 1/2 months: First Berkowitz, then Quinn-Davidson, then a special election, and then possibly a runoff to pick a mayor who governs for about six weeks to three months. Finally, there will be a regular election and a possible runoff that could result in a fourth person taking the seat.

Weddleton on Thursday said it could create “chaos,” and that it makes sense to instead seat whoever wins the regular election early.

Assemblyman Chris Constant, who represents downtown, was also concerned about how the election process could play out.

“In the middle of a global pandemic it’s just unwise to put that kind of uncertainty into a system that is in need of some stability. The economy demands it. Public health demands it,” Constant said. “There’s a lot of things working against the argument to have a rush, snap election."

Assembly vice chairman Felix Rivera, from Midtown, said he is worried about the costs of a special election.

“I think the special election has a level of financial burden that we didn’t expect,” Rivera said. “We would have to find that money from somewhere. It also adds a layer of confusion to an already busy mayoral race.”

At the meeting Thursday, City Clerk Barbara Jones said the city estimated a special election to cost about $350,000 and a runoff could cost around another $323,000.

According to the Alaska Public Offices Commission, more than 10 candidates have already filed letters of intent to run in the regular mayoral election.

Kennedy said that due to the sudden vacancy, she believes voters have a heightened awareness of city politics, and that the city and candidate campaigns can do enough to educate the public and get them to vote in multiple elections.

It’s also possible that whoever wins the special election will win the regular election outright, she said. In that case, a second runoff would not be needed.

How each option would work

According to charter, the soonest a special election can occur is 90 days from the vacancy — that’s Jan. 21, 2021. The Assembly would have to pass a resolution setting the date for a special election, Rivera said.

Jones on Thursday said that if a special election is held in January, the results of the following runoff would be certified in March, and the winner could take the seat immediately.

A regular mayoral election is already scheduled for early April, less than six months from Berkowitz’s resignation. Rivera said that if the Assembly chooses to wait for the regular election instead, it does not need to pass a resolution.

But if the Assembly wants to install the mayor chosen in the regular election before July, when the new mayor’s term usually begins, it would need to alter city code to do so and pass an ordinance.

The soonest the Assembly would be likely to enact an ordinance or a resolution is at its meeting on Nov. 4, Rivera said.

A memo presented to the Assembly last week by both municipal attorney Kate Vogel and the Assembly’s legal counsel Dean Gates breaks down the options and the legal precedent, comparing laws governing similar elected seats. They found:

• The city charter provision governing mayoral vacancy leaves the decision on how to fill the position up to the Assembly. First, the chair takes over as acting mayor. Then, “the Assembly by ordinance shall provide for further succession to the office of acting mayor."

• The mayoral seat should be filled in either a regular or special election held 90 days or later following the vacancy.

• State law governing other city elections in Alaska do not apply to Anchorage because it is a home rule municipality. That state law requires cities to wait to fill a mayoral vacancy if a regular election is being held within six months.