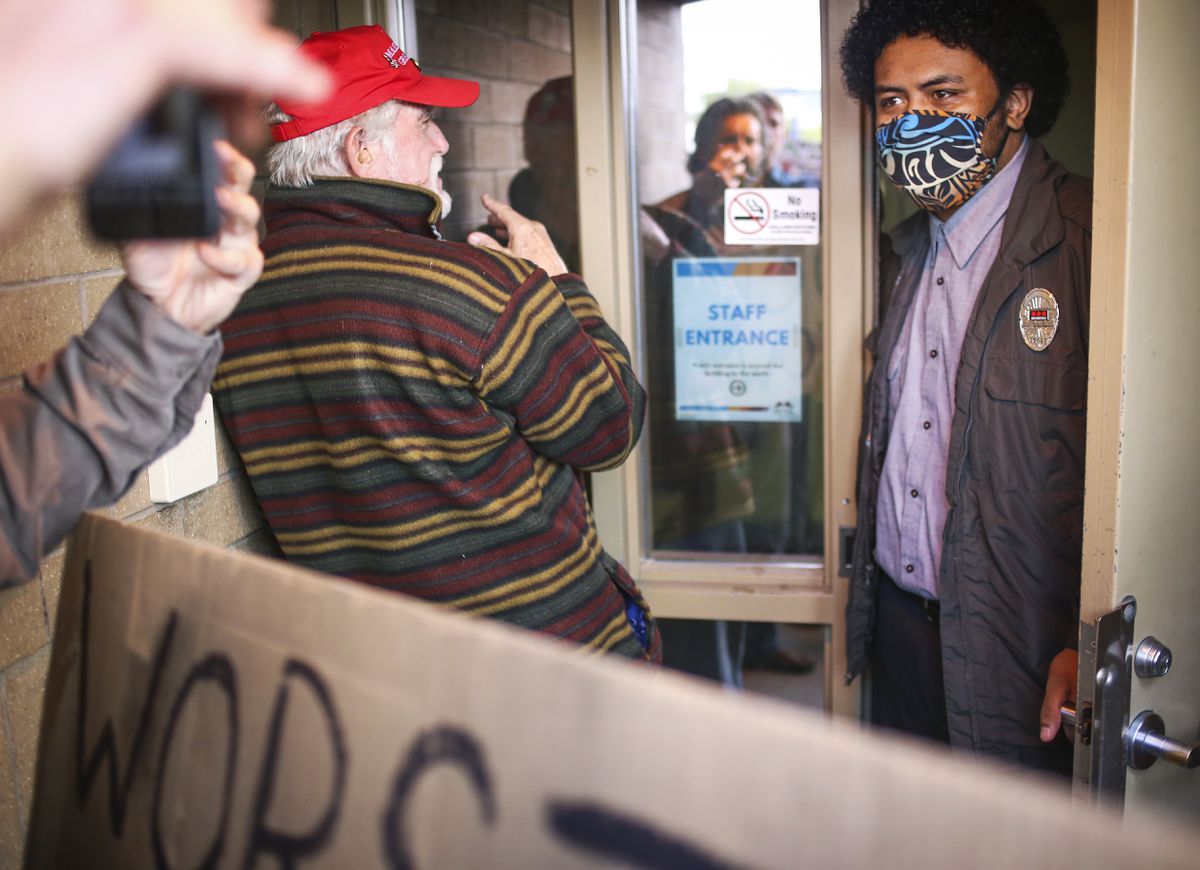 A group of residents is suing the Municipality of Anchorage and the Anchorage Assembly for shutting down Assembly meetings to in-person participation in August following a local emergency order that limited the size of gatherings due to a rise in COVID-19 cases. During that period, people who wanted to provide testimony to the Anchorage Assembly did so via email or phone.

The lawsuit seeks an order stopping further closures to in-person participation, a declaration that shutting down the meetings due to Anchorage Emergency Order 15 was unconstitutional and that all action by the Assembly during the “four-week reset” be undone. The lawsuit also seeks attorneys' fees.

The Assembly and the city are being sued, as well as Assembly Chairman Felix Rivera and Ethan Berkowitz, who was mayor at the time and issued the emergency order. Berkowitz has since resigned.

Municipal Attorney Kate Vogel said the city will represent all named defendants. She said she believes Berkowitz will be replaced in the lawsuit by Acting Mayor Austin Quinn-Davidson, as generally the office of a mayor is sued, rather than an individual, in such situations.

Vogel said the city was just served with the lawsuit Thursday, but she believes the municipality followed open meetings law, “which explicitly allows for telephonic participation.”

While the Assembly closed its chambers to the general public, it streamed all meetings online and allowed for real-time testimony over the phone as well as written testimony. Several items during that time period received extensive testimony.

One of the major actions the lawsuit seeks to undo is an ordinance that allowed the city’s administration to move forward on the purchase of four buildings to be used for homeless and treatment services. The action, pushed by Berkowitz, quickly galvanized a passionate opposition.

At first, opposition largely included residents living near the proposed facilities, but it grew over the summer, splintering into several groups that organized on Facebook, largely criticizing the city and Assembly for being too liberal and for its restrictions due to COVID-19.

“When the government breaks the law, the statute provides a remedy: voiding government action transacted in violation of open meetings laws," the lawsuit states.

Mario Bird, attorney for Alaskans for Open Meetings, said the group he is representing formed shortly after the Assembly chambers were closed. He said he was hired as the result of some level of crowdfunding.

Bird said there’s precedent for such cases, and referenced a lawsuit in Pennsylvania, where a group of businesses sued the governor over COVID-19-related closures. A judge ruled in favor of the plaintiffs, but an appeals court later allowed the closures to go back in place.

“There have been challenges to government restrictions, and there’s been a variety of rulings, both in state and federal courts," Bird said.

Vogel said the city has been playing close attention to cases challenging COVID-19-related closures, and with few exceptions, they have been upheld by courts.

The city has been involved in some lawsuits itself after a few restaurants refused to follow the August closure order. The city successfully sued Kriner’s Diner and Little Dipper Diner for defying the order.

While controversial items like the building purchases and a ban on “conversion therapy” for minors passed when the Assembly chambers were closed to in-person participation, the Assembly also passed an ordinance to disburse federal CARES Act funds to things like small business grants and rent relief.

If the lawsuit prevailed, theoretically, a judge could order the city to claw back those economic relief programs.

“Explicitly, this lawsuit seeks to void those appropriations,” Vogel said.