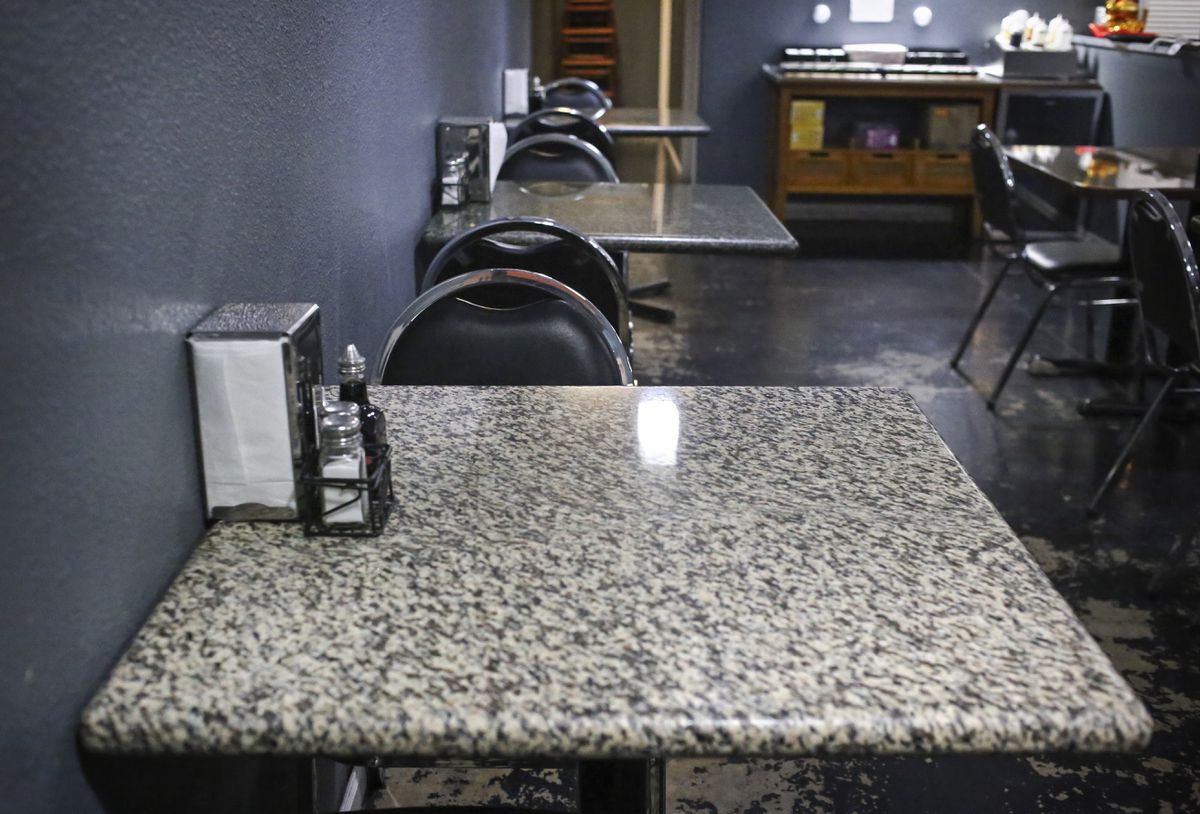 A group of restaurateurs this month met with Acting Mayor Austin Quinn-Davidson and her administration to pitch them on new safety measures, aimed at allowing participating restaurants to open during the city’s monthlong closure of bars and restaurants due to the pandemic.

Both sides say the Dec. 8 meeting was productive, but Quinn-Davidson ultimately turned down the offer.

The plan was based around more strict sanitizing practices, like having customers sanitize their hands upon entering and sanitizing bathrooms every 30 minutes.

“They heard us, they listened, but the bottom line for us is we want to do this as soon as possible,” said Chris Anderson, president of Glacier Brewhouse and ORSO in downtown Anchorage.

The plan would have enacted some more strict measures than what was previously outlined in city emergency orders, such as temperature checks for customers.

Anchorage Community and Economic Director Chris Schutte said while the plan outlines good practices, nothing in it fundamentally changes the risk of indoor dining during the COVID-19 pandemic.

Quinn-Davidson reiterated that point during her State of the City address Monday, saying restaurants are closed because they are inherently more dangerous during the pandemic because people sit indoors for prolonged periods without masks. It’s not fundamentally about how often they sanitize surfaces, she said.

At the beginning of the month, Quinn-Davidson closed bars and restaurants to indoor service as COVID-19 was reaching an uncontrollable level of community spread and hospital capacity in the state was stretched thin.

The decision came as much of the federal aid passed by Congress in the spring has dried up, leaving restaurant owners and out-of-work service industry workers little assistance.

“We need to open to allow our people to make a living responsibly, while the guest has a choice whether they want to go out and dine or not,” Anderson said Friday.

[‘Trying to do what we can’: How 5 Anchorage restaurants and breweries are working to survive the latest shutdown]

City officials have not signaled that they plan to allow some restaurants to open for indoor service before January, but said they will continue to listen to the industry and could implement some of the suggestions when restaurants are reopened.

Anderson said he’s not advocating for the city to open up all businesses. He’s advocating for restaurants to be able to open in a highly controlled and accountable way, while following the city’s guidance and COVID-19 mitigation plans.

“We’re just trying to say, ‘I think we have a plan where we can do both,’ ” Anderson said.

Anderson and Tomter said under the North Star plan, restaurants that agree to comply with the strict measures would be able to open up at 50% capacity.

Anderson said city inspectors could come by any time to make sure a business is compliant. If it isn’t, the restaurant would have three days to fix whatever the issue is, or the city could remove their exception to the pandemic emergency order.

Anderson said restaurants following the North Star plan would have a sign advertising such to inform guests of the safety measures being taken.

The December shutdown is the third for the hospitality industry since the pandemic struck in March. The closures have led to layoffs in bars and restaurants, and sparked tension between some residents and city government, as some support a less regulated approach to the pandemic.

Tomter said in grocery stores, he sees people standing close to one another, pulling masks down below their noses and touching all kinds of surfaces.

“You walk into some of these bigger stores in Anchorage right now, you gotta ask yourself ‘what is going on with this being allowed to happen, but other industries are totally shut down,’ ” Tomter said.

During a COVID-19 community briefing, Anchorage Epidemiologist Janet Johnston said indoor dining at restaurants just happens to be a more dangerous activity than things like retail or grocery shopping.

“As people eat, they talk, they breathe, they’re exhaling the virus,” she said. “Then other people without masks on are eating and talking and inhaling, and that’s the perfect setup for disease transmission.”

Schutte said he cannot definitely say how much of the virus was being spread in restaurants versus other businesses leading up to December, partly due to the city’s contact tracing network being overwhelmed as cases surge.

“What I can definitively say is that a restaurant environment is a high-risk environment,” he said.

Schutte said it’s not just about customers; there have also been a considerable number of cases from restaurant employees.

“It’s everywhere,” he said of the virus. “It’s pretty much inescapable.”

When asked if there is something restaurants could do to fundamentally change the danger level for diners, he said no, with the one possible exception of increased ventilation. He said that idea is being explored in some places around the country, but there is no consensus yet.

Schutte said following last week’s meeting, the city’s public health team is researching the efficacy of increased ventilation of indoor spaces. The meeting is a standing, hour-long conversation between the mayor and her administration and industry representatives every two weeks.

Anderson said they plan to continue to pitch ways to run their business during the pandemic. Schutte said city officials will continue to listen.

Anderson said the industry is not challenging the expertise or decision-making of the mayor or the health department. He said he trusts their information and believes Quinn-Davidson will allow for something like the North Star plan as soon as she’s able.

“We’re only trying to provide them a path forward to get us open at the first opportunity,” Anderson said.

Correction: Based on information from the Municipality of Anchorage, a previous version incorrectly said a standing meeting between the mayoral administration and the hospitality industry was two hours long. It’s a one-hour meeting.