Anchorage voters will decide whether to fund body cameras for police. Here are questions and answers about Proposition 4. 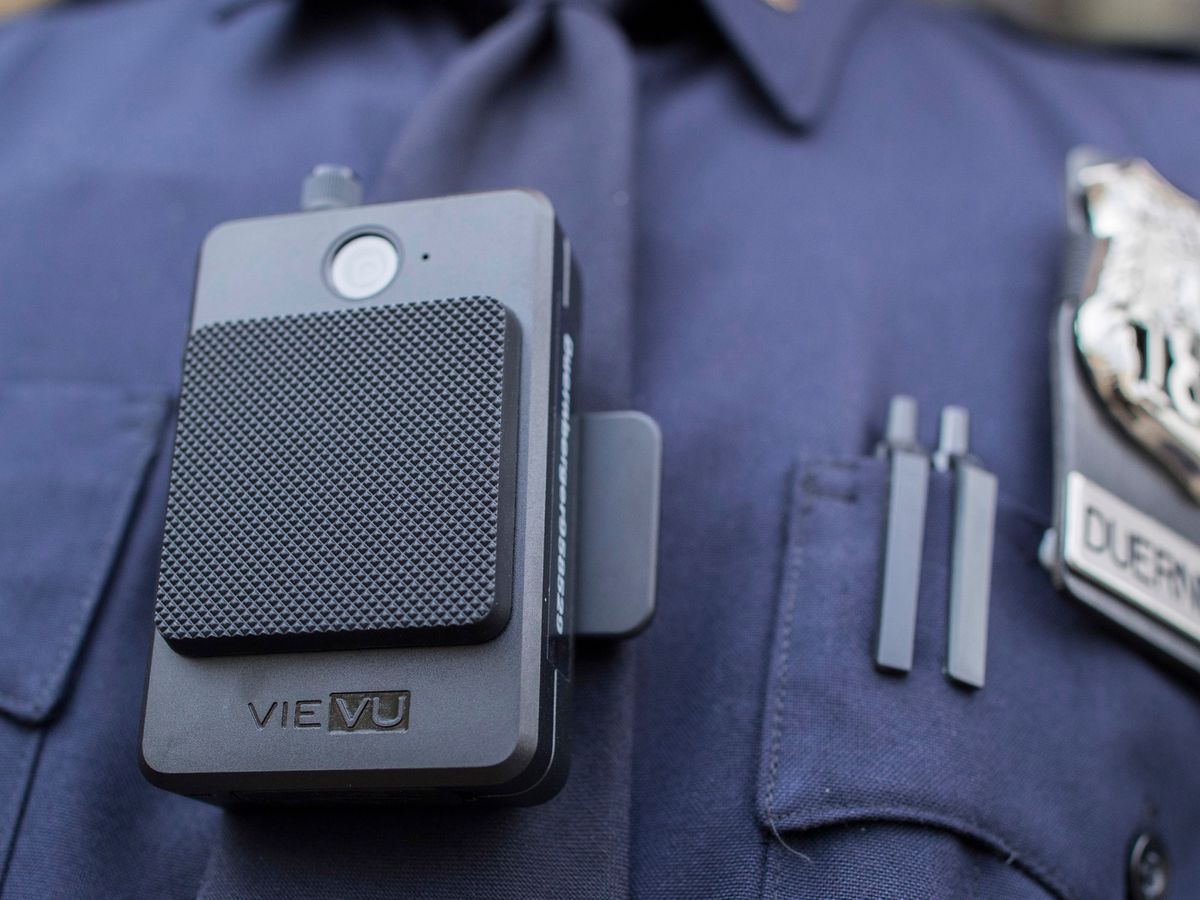 The Anchorage Police Department is seeking $1.84 million in annual funding to replace aging technology and supply officers with body cameras. Voters will decide during the municipality’s April 6 election whether to fund Proposition 4 through a yearly property tax increase.

Here are key details of the proposal:

Much of the Anchorage Police Department’s technology is outdated, Chief Justin Doll has previously said. The bond would allow the department to lease new evidence management, computer-aided dispatch and record management systems in addition to providing officers with body cameras and installing new in-car cameras.

Leasing the technology through an annual subscription service would allow the department to continually use updated gear, reduce maintenance costs and save employee time because the storage and backups would be managed by the vendor rather than municipal employees. Video storage is the costliest part of implementing a body camera program.

Anchorage police officers do not wear body cameras, which Doll previously said is because of the high cost. Most midsized or large departments across the country implemented body cameras years ago, including many departments on Alaska’s road system. Advocates for body cam programs say they promote transparency and can hold police accountable.

Where will the funding come from?

Why does this need to be funded annually with a separate tax?

The police department’s budget has been expanded in recent years to bolster staffing after a rise in homicides in 2016. Since 2017, many areas of crime have decreased.

Doll said during a December interview that roughly 85% of the department’s budget goes toward staffing, so reducing the budget to find room to fund body cameras or replace technology would likely mean cutting positions.

How did the proposition come about?

A nationwide movement for police reform began last summer in the wake of the death of George Floyd under the knee of a Minneapolis police officer. Protests occurred internationally, including in Anchorage.

Doll said in June that the department was looking for a way to add body cameras in response to requests from the community and Assembly members. In October, a proposal from former Mayor Ethan Berkowitz was introduced in the Public Safety Committee. The proposal was added to the ballot after it was approved by the Anchorage Assembly in January.

An Anchorage Daily News analysis last summer found that in five and a half years, 43 people had been killed by law enforcement officers in Alaska. None of the officers faced criminal charges.

What do some community leaders think about the proposition?

Doll has maintained that the department is supportive of body cameras.

“Generally, they tend to show that our officers are doing the right things for the right reasons, but they definitely help us find those times when maybe they don’t,” he said during an interview in the fall.

Celeste Hodge Growden, president and CEO of the Alaska Black Caucus, has repeatedly voiced support for body cameras. She said the cameras will hold police accountable and serve to protect public.

She and Assembly members Crystal Kennedy and Jamie Allard joined together early in the year to try to find room in the existing budget and avoid a special tax levy. The entirety of the funds couldn’t be secured, and Hodge Growden said she still wishes there was a way to find funding without calling for a tax increase. Nevertheless, she said, she supports the proposition and hopes it will pass.

“Right now we don’t have (body cameras) and all we really have to go on is the word of law enforcement,” she said. “I just believe honestly that it would bring about transparency and accountability and I believe that we will see different outcomes in some situations.”

The Alaska Black Caucus is hosting a virtual community conversation about body cameras on April 11 that Hodge Growden said will include officials from Axon, a company that manages body camera systems.

Several Anchorage Assembly members have said they intend to find another source of funding if the proposal doesn’t pass.

Three Assembly members voted against the proposal being brought to voters, despite a general agreement about the necessity of technology upgrades and body cameras. They raised concerns that the cost to lease technology could rise in the future, that the size of the department could grow and that the proposal places the financial burden on taxpayers instead of finding room in the existing budget.

Correction: An earlier version of this article incorrectly said that Axon, the company that will participate in the Alaska Black Caucus’ community conversation, will supply body cameras to Anchorage police. According to APD, the company has not yet been determined.