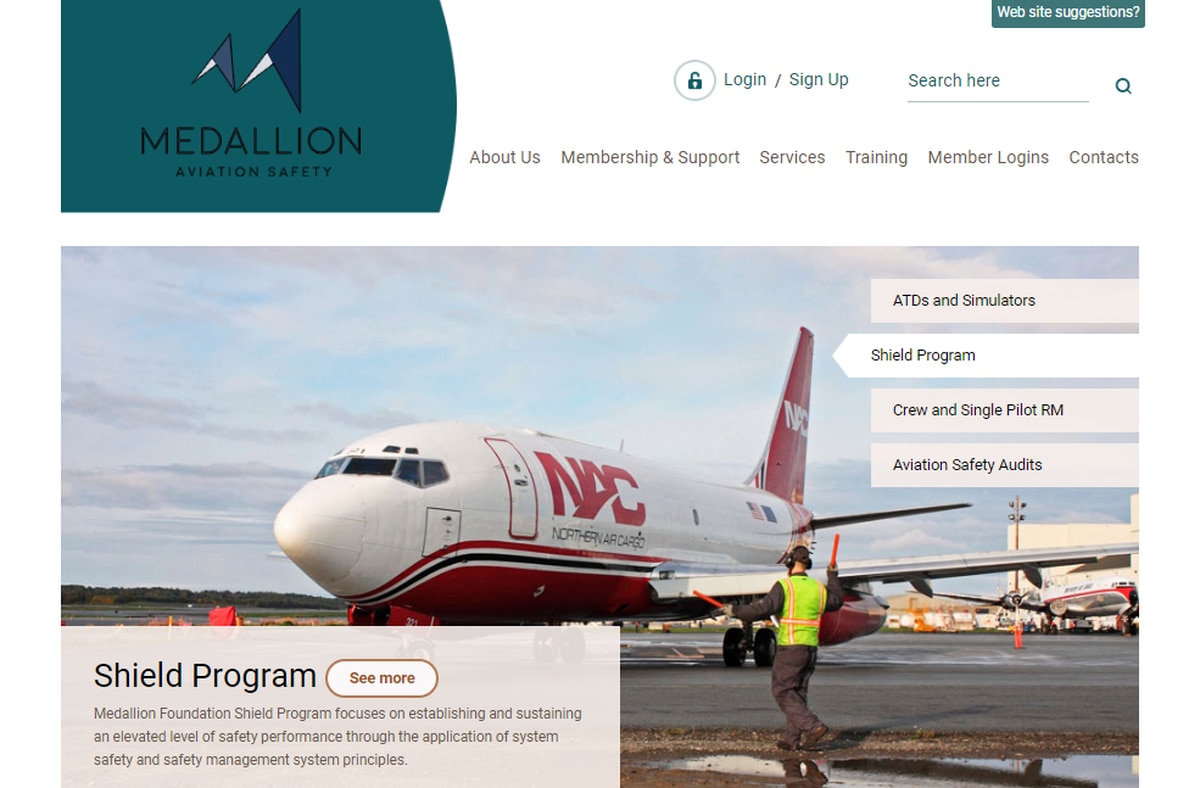 The Medallion Foundation website touts its "Shield Program," which awards safety distinctions to air carriers for having an “elevated level of safety performance” per the foundation’s audits. (Screengrab of medallionfoundation.org)

The Medallion Foundation website touts its "Shield Program," which awards safety distinctions to air carriers for having an “elevated level of safety performance” per the foundation’s audits. (Screengrab of medallionfoundation.org)

The Medallion Foundation, an aviation oversight organization that grants safety distinctions to Alaska air carriers, will shut down in September, the organization said.

The nonprofit foundation, formed under the guidance of U.S. Sen. Ted Stevens in 2001 to reduce aviation fatalities, said it will close its doors on Sept. 15, citing reduced funding from the Federal Aviation Administration, according to an emailed statement sent to the Daily News.

About 75% of the Medallion Foundation’s funding comes from FAA grants, typically totaling at least $1 million per year, said executive director Jerry Rock. This year, the agency allotted $850,000 to the foundation, according to Allen Kenitzer, a spokesman for the FAA Alaska Region.

Kenitzer said he could not respond Saturday to questions about the reduction, saying he would have to coordinate answers with the agency’s headquarters in Washington, D.C.

However, a statement in the Medallion Foundation’s email, which Rock would not clarify Saturday, also suggests the organization objected to terms spelled out in an FAA memo sent to the organization earlier this month.

“The Memorandum of Understanding, provided by the FAA, offers a reduced level of funding and language that may place the Medallion Foundation in the position of being used as an instrument to take action against air carriers who are voluntarily participating, and working to change and improve their safety culture," the organization said.

The Medallion Foundation went on to say it found “the funding insufficient to continue operations and will not agree to these terms in the new Memorandum of Understanding.”

The foundation provides safety training and third-party safety audits, among other programs, to member air carriers in Alaska. Its “Shield Program” awards air carriers with safety distinctions, or shields, for having an “elevated level of safety performance” per the foundation’s audits.

Five of those carriers said no one was immediately available to speak Saturday about the closure. The remaining four did not answer phone calls.

Rock, the executive director of the Medallion Foundation, said in a brief statement emailed with the announcement that he would not be doing interviews on the matter. He did not respond to a phone call or email Saturday.

The Medallion Foundation has come under criticism in recent years following aviation accidents involving some of its member carriers. In May, two floatplanes operated by Taquan Air — which was awarded a shield in 2008 — crashed near Ketchikan, killing eight people combined. Taquan Air is no longer listed as a shield carrier.

In 2015, a de Havilland Otter operated by Promech Air, another Medallion member, crashed in Misty Fjords National Monument, killing all nine people aboard. The National Transportation Safety Board later blamed the air carrier’s lax safety “culture” for the crash.