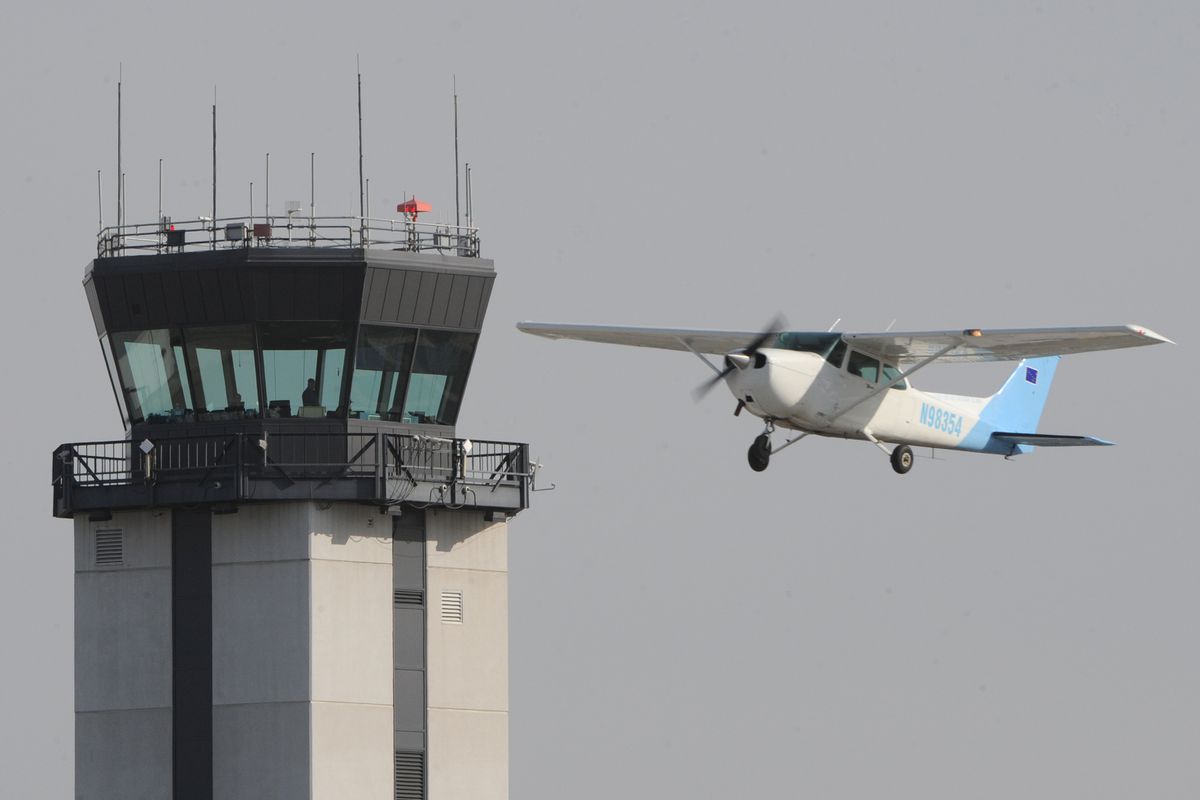 A Cessna 172 takes off from Runway 25 while doing a touch-and-go at Merrill Field Airport on Monday, March 25, 2019. Merrill Field was established in 1930 one mile east of downtown Anchorage on 436 acres. (Bill Roth / ADN)

A Cessna 172 takes off from Runway 25 while doing a touch-and-go at Merrill Field Airport on Monday, March 25, 2019. Merrill Field was established in 1930 one mile east of downtown Anchorage on 436 acres. (Bill Roth / ADN)

Alaska needs a comprehensive review effort to improve aviation safety because its aviation fatal and non fatal accident rates are far higher than the national average, the National Transportation Safety Board said Thursday.

The NTSB issued a safety recommendation to the Federal Aviation Administration calling for the formation of a group focused on safety to better review, rank and integrate Alaska's unique aviation needs into the FAA safety enhancement process.

"We need to marshal the resources of the FAA to tackle aviation safety in Alaska in a comprehensive way," NTSB Chairman Robert L. Sumwalt said in a prepared statement. "The status quo is, frankly, unacceptable."

The latest fatal crash occurred Feb. 6. A pilot and four passengers died when a Yute Commuter airplane crashed near Tuntutuliak in Southwest Alaska.

Aviation safety in Alaska has been an ongoing concern for the NTSB. The board in August 2017 met in Anchorage in a rare investigative hearing outside Washington, D.C., to increase awareness of “controlled flight into terrain” accidents, in which an airworthy aircraft is flown unintentionally into ground or water.

The hearing focused on an Oct. 2 , 2016, crash of a Hageland Aviation Services airplane into a mountain between the Southwest Alaska villages of Quinhagak and Togiak, two tiny communities off the road system. The crash killed two pilots and a passenger.

The two villages. like dozens of other Alaska communities, are not connected to the state road system. Flying is a way of life to reach such destinations. The challenge is increased by the need to cross mountain ranges, open water or regions where weather changes quickly.

Flying at an altitude of 500 feet is allowed under visual rules. Testimony at the 2017 hearing indicated that pilots sometimes turn off an airplane’s Terrain Avoidance and Warning System to avoid repeated alerts or hard warnings when an aircraft drops to 700 feet.

The FAA has initiatives to improve Alaska aviation safety. But the “silo-like” nature of the FAA’s sprawling organization makes it difficult to develop a comprehensive plan for a state such as Alaska, Sumwalt said.

The FAA in a statement provided by spokesman Allen Kenitzer said the agency has a long history of promoting safety initiatives in Alaska and strongly supports bringing together stakeholders to identify safety risk areas and potential solutions.

“The FAA will carefully review the recommendation that the NTSB issued today,” the agency said.

The NTSB recommendation was prompted in part by a September meeting in Anchorage in which aviation groups discussed how flying safety could be improved.

"All pilots must deal with Alaska's challenging geography and weather," Sumwalt said. "We need to give them all the tools and resources to do so safely."

The FAA in its response said it holds pre- and post-season discussions with air tour operators to discuss safety lessons learned from recent operations.

The FAA has deployed 230 weather cameras throughout Alaska, providing pilots with visual weather information and updates every 10 minutes. The FAA continues to work with the National Weather Service to increase coverage of Automated Weather Observing Stations and forecast programs for 157 Alaska airports, the agency said.