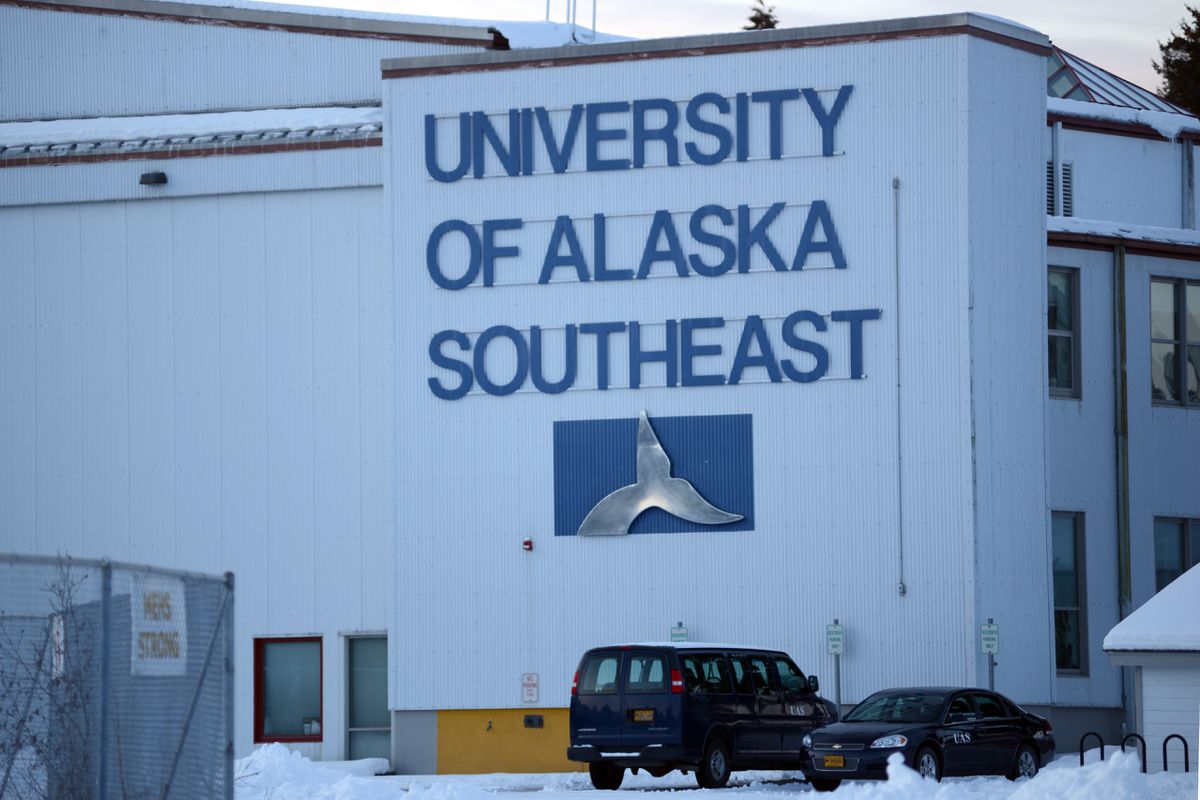 Most of it comes from people and groups in the communities that would be directly affected by the merger, including the City and Borough of Juneau, Alaska Native corporation Sealaska and students and educators.

“UAS is more than just a university. It is a vital part of the whole Southeast economy as well as an integral part of our whole community,” Jessica Dominy, a 2020 graduate of its Alaska Native Studies program, said Tuesday to the Board of Regents during a public comment session.

A merger that absorbs the University Alaska Southeast into another university would rely heavily on remote education, according to University of Alaska President Jim Johnsen. It could result in further layoffs and program cuts. And for a merger to save much money, it means possibly closing buildings or campuses, according a memo opposing the merger from UAS Chancellor Rick Caulfield.

Johnsen has not confirmed that building or campus closures would happen under a merger, saying that to a large extent, exactly what it entails is yet to be determined.

The board will consider the merger during its meetings on Thursday and Friday. It is one of a number of “options for university transformation” — structural changes that could help buoy the university system’s dire financial outlook, according to Johnsen. Another option under consideration is merging all 13 community campuses with UAS. This option would likely increase costs, particularly during the transition, but could save some money long-term.

Opponents of the merger with UAA or UAF say that UAS’s share of the overall University of Alaska budget is small — 7.6% — and so any fiscal impacts of a merger are outweighed by negative impacts to the university system, students and the state and regional economy.

If the merger goes forward, UAS would no longer be an accredited entity, and all programs run in Southeast Alaska would be accredited under UAA or UAF.

“UAS is also an economic driver within Juneau and elsewhere in Southeast. But our state government’s employment, tourism industry, ferry system and many defining aspects of our community and Southeast communities have been devastated," Weldon said.

In a letter sent Monday to the Board of Regents, Alaska Native corporation Sealaska, the Sealaska Heritage Institute and the Central Council of Tlingit and Haida Indians of Alaska also opposed the merger.

“We are absolutely convinced that such a merger would gravely undermine a successful university system that has proven to be responsive to Native education,” the letter states. “A merger may yield a $2 million saving but at a cost of devastating the UAS.”

They recommended for UAS to become the administrative hub for rural community campuses or that UAS be transferred to a Southeast Alaska tribal college that would be operated by the Central Council of Tlingit and Haida Indians of Alaska in partnership with Sealaska and Sealaska Heritage Institute.

A merger would only have a meaningful fiscal impact if deep cuts are made to programs, many employees are laid off and if changes are made to the Juneau campus like closing campus housing or if one or more campuses were eliminated, Caulfield wrote.

But in a call with reporters last week, Johnsen said a merger doesn’t mean closing UAS.

“Nobody’s talking about closure. That’s not a word that is on anybody’s mind,” Johnsen said. “The question is how can we use the assets — physical assets ... monetary, technological, and intellectual assets — in a more cost-effective way using technology.”

UAS already relies heavily on online teaching — about 50% of the course credits delivered by UAS are online, he said.

The merger is more likely than other structural change options to save the most money, from a few million up to an estimated $15 million, depending on the “degree of integration,” Johnsen said. The specifics are yet to be determined, he said.

But it would mean an unknown number of faculty and staff — UAS’s largest expense — would be cut, and possibly some programs moved online.

In addition to the potential merger, the Board of Regents will also decide this week whether to cut or reducing multiple academic programs from across the system, the end result of an expedited review process initiated after Gov. Mike Dunleavy and UA agreed to a deal that cut state funding to the university by $70 million over three years.

“The total savings from 50 academic degree reductions or eliminations is $4.5 million, and that doesn’t come close to closing the gap,” Johnsen said.

UA is also taking other measures to mitigate its budget in fiscal year 2021, including executive furloughs, staff layoffs, refinancing and restructuring debt, suspending pay increases for some employees and cutting administrative costs by about $19 million, Johnsen said.

The board needs to make cost-cutting decisions now, including restructuring possibilities, because it takes time, sometimes years, before cost savings from those decisions are realized, Johnsen said.