Alaska experiencing some of the most extreme climate change in the U.S. says new report 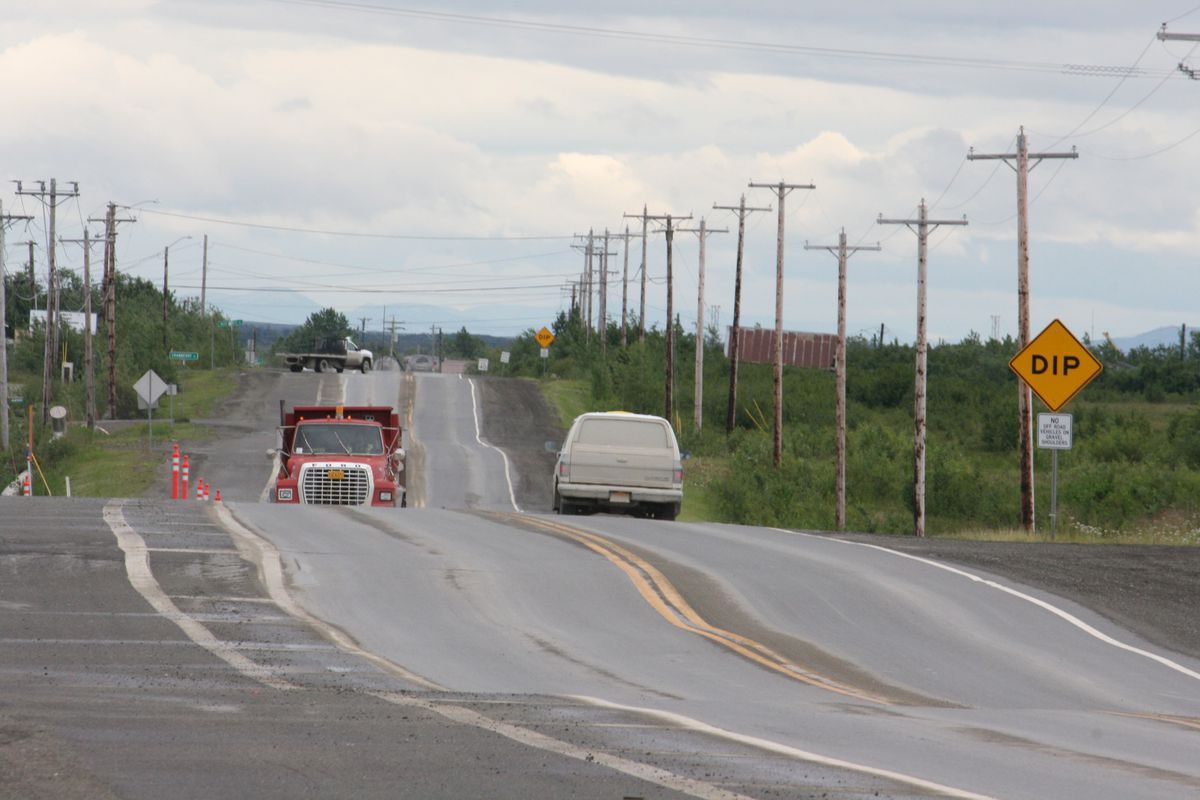 Chief Eddie Hoffman Highway is the main thoroughfare in Bethel and one of few paved roads. It has become a roller coaster of a ride over the past couple of years probably due to frost heaves and the melting of permafrost. (Lisa Demer / ADN)

Chief Eddie Hoffman Highway is the main thoroughfare in Bethel and one of few paved roads. It has become a roller coaster of a ride over the past couple of years probably due to frost heaves and the melting of permafrost. (Lisa Demer / ADN)

Some of the country’s most rapid changes due to a warming climate are happening in Alaska, the nation’s only Arctic state, according to a new federal report.

The state is grappling with coastal erosion, damage to roads and buildings, and thinning summer sea ice, according to the massive Fourth National Climate Assessment report produced over three years by more than 300 researchers from over a dozen federal agencies.

“Alaska is on the front lines of climate change and is among the fastest-warming regions on Earth,” the report says. “It is warming faster than any other state, and it faces a myriad of issues associated with a changing climate.”

Scientists during a news conference Friday said the higher temperature rise -- the most rapid measured in modern civilization -- could only be explained by human activities.

Over the past 50 years in Alaska and the Arctic, temperatures increased more than twice as fast as the global average, the report states, and the sea ice that shelters Alaska’s massive coastline is melting by 3.5 to 4.1 percent every decade. Rates of erosion top out on the Arctic Ocean coastline at more than 59 feet a year, and possibly as high as 100 feet a year at the Canning River between Camden and Prudhoe bays.

The state faces a series of climate-linked challenges, according to an entire chapter of the report devoted to Alaska:

• Compromised winter travel linked to higher temperatures and shorter ice seasons, leading to increased risk of hunters falling through the ice or other injuries or fatal incidents;

• Longer sea ice-free seasons, higher temperature and sea level rise leading to coastal erosion necessitating the relocation of all or parts of coastal villages and communities;

• A rise in the incidence of climate-associated disease associated with the consumption of shellfish from warmer waters;

• Damage to buildings, pipelines, roads and reservoirs due to thawing permafrost;

• Increased frequency of big wildland fires: Three of the top four fire years in terms of acres burn have occurred since 2000;

• Limits on subsistence hunting and fishing activities, but also potential new opportunities such as fall whaling on St. Lawrence Island.

The report also lists several potential benefits to Alaska’s warmer climate, including diminishing summer ice, leading to the possibility of travel by mid-century directly from the Arctic Ocean across the Northwest Passage.

As the Arctic Ocean opens, the Bering Strait will have increased strategic importance, the report states. But, it continues, lack of deep-water ports, vessel services, search and rescue operations, environmental response capabilities, and icebreaking capacity will impede expansion of vessel traffic.

‘The permafrost is dying’: Bethel sees increased shifting of roads and buildings

The creep of climate change in Western Alaska