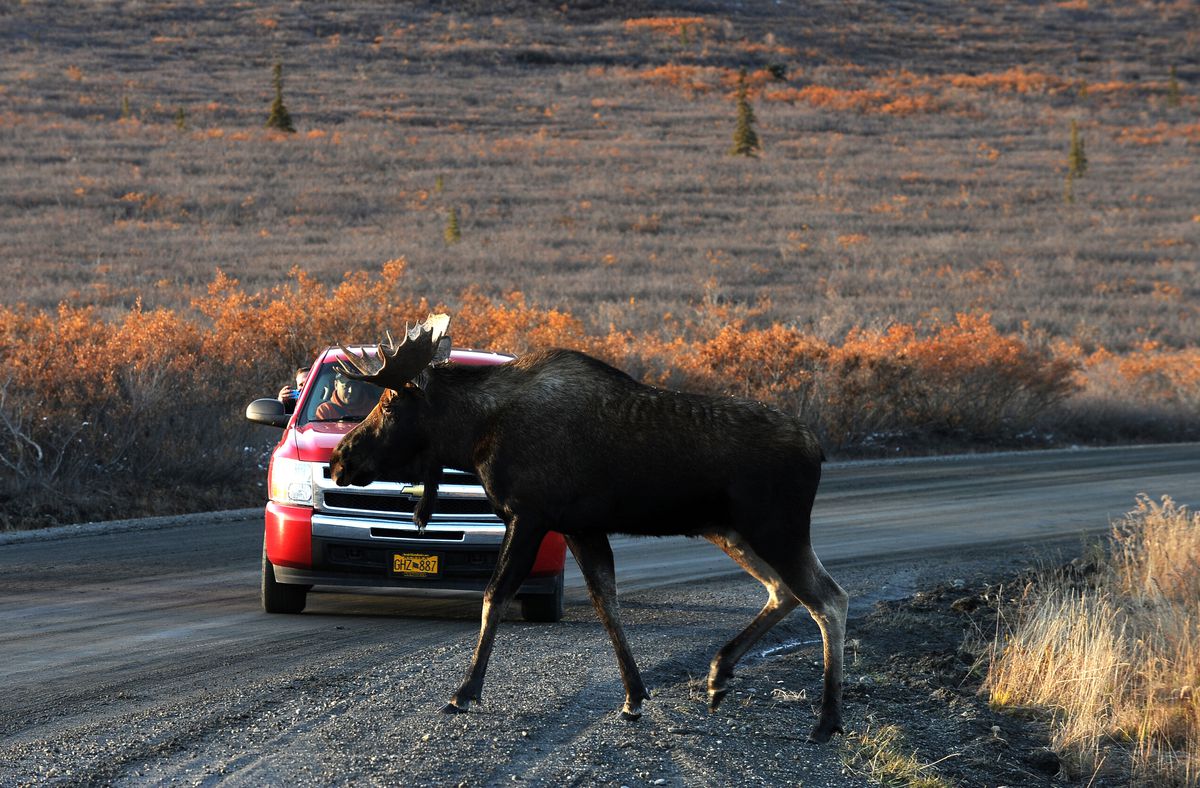 A bull moose crosses the park road as tourists photograph it in Denali National Park in interior Alaska on Monday, September 22, 2014.

A bull moose crosses the park road as tourists photograph it in Denali National Park in interior Alaska on Monday, September 22, 2014.

The Denali Park Road will reopen Friday morning after weeks of “heavy and steady" rain increased the chances of landslides and prompted the road’s closure at the Teklanika Rest Stop on Thursday, officials said.

“Travel restrictions were not made because of any singular event, but out of an abundance of caution,” said Denali National Park and Preserve superintendent Don Striker.

Sustained rainfall has saturated the road surface and surrounding soil, leading to a greater chance of “landslides, debris flows and associated safety risks,” park officials said. Some weather stations in the park have recorded 12 inches of rain in just the last week, they added.

“We feel confident in the current state of the road, but calls for more rain in the coming week means we’re facing a dynamic situation in which we may have to revisit restricting access along the road,” Striker said.

For the past week, vehicle traffic on the road has been disrupted by rockfall and debris slides, officials said.

“Allowing road crews the time and space to assess the entire road, means we feel more confident we can avoid a more damaging event that would have a larger impact on road access and visitor safety,” said Paul Franke, roads foreman.

Park personnel were in touch with property owners in the park Thursday, said G.W. Hitchcock, a spokesman with the park, and most were "maintaining business as usual.” The road was accessible to park inholders Thursday.

On Aug. 2, park staff were forced to close the road west of Polychrome Pass due to a debris slide. On the same day, several small rock slides between Healy and the park entrance delayed trains on the Alaska Railroad, with passengers being bused to either Fairbanks or Anchorage.

Park officials said campgrounds and trails are are open, although some have suffered water and debris damage. They warned that river crossings may be potentially dangerous due to “exceptionally high” flows.