Cold weather expected to stay through the week in Southcentral Alaska 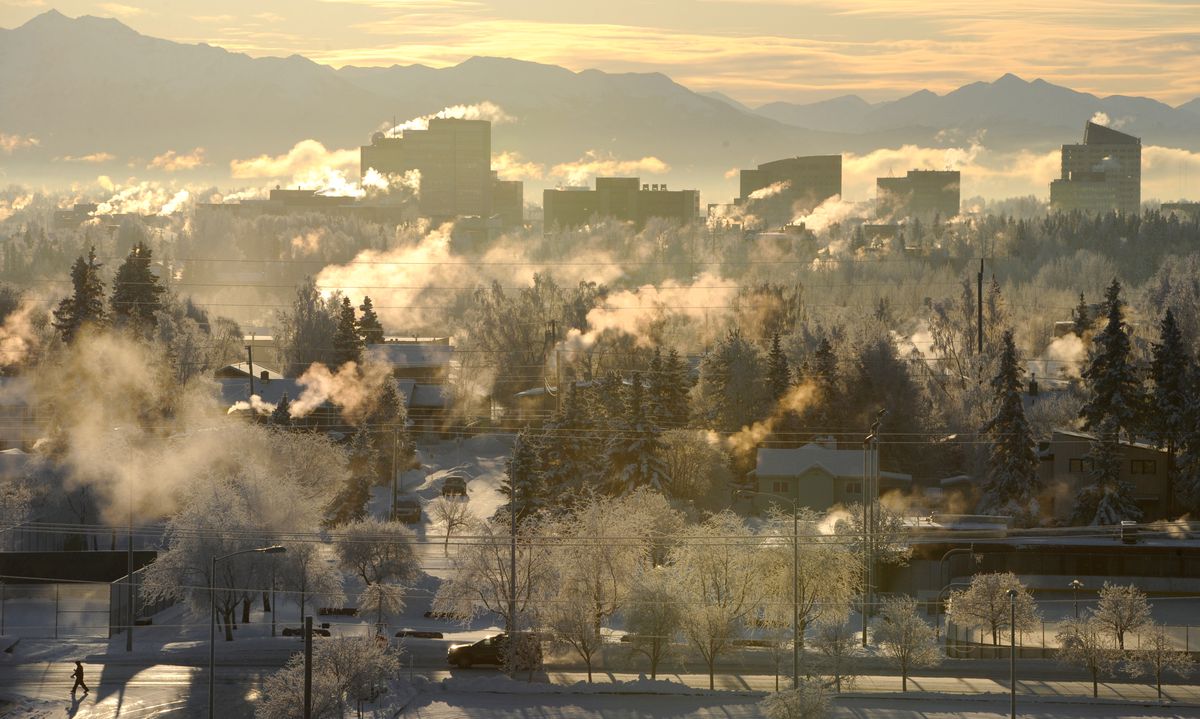 Anchorage is expected to be cold this week, with subzero weather until Thursday, meteorologists said.

The city will slowly warm up by midweek, he said. Wednesday is expected to be the turning point, and Anchorage is predicted to reach 11 degrees Thursday. Highs are expected in the teens or 20s over the weekend.

Kutz said the east side of town will be hit by the coldest weather. The Campbell Creek Science Center reached minus 21 degrees early Sunday.

There’s a chance for flurries or light snow showers throughout Southcentral Alaska as the weekend approaches, Kutz said. A system is predicted to bring moisture to the area from the southwest.

Temperatures in early January have fallen below the average temperature for the month of January, which is 5.9 degrees. The cold snap followed the warmest New Year’s Eve on record, when Anchorage reached 46 degrees before drastically dropping to bring record-breaking snowfall to the area on New Year’s Day.

Sub-Zero temperatures will be slow to exit Southcentral Alaska through Wednesday.

It is expected to be chilly throughout Southcentral Alaska this week, Kutz said. Talkeetna and Willow were both around minus 30 degrees Sunday. Wasilla hit minus 21 degrees and Palmer saw minus 14.

Temperatures in Girdwood and Portage are expected to linger near 0 degrees for the early part of the week, but Kutz said the areas could reach 20 degrees by Thursday.

The cold weather could bring patchy, freezing fog into the area that could cause slick roads, Kutz said.

The temp at the Anchorage International Airport dropped to-10F for the first time in 3 years. Only 2 days in the previous 7 years have been this cold. It used to be a regular occurrence. pic.twitter.com/xLvVzhKrJp

Cloudy skies over the Interior are maintaining temperatures ranging from minus 20 to minus 40, the weather service said in a statement. As clouds shift, temperatures could warm into the teens, but will fall again to minus 30 or minus 40 degrees and stay cold through the week.

The cold snap follows the warmest year in Anchorage’s history. The top five warmest years have all happened within the last six years.