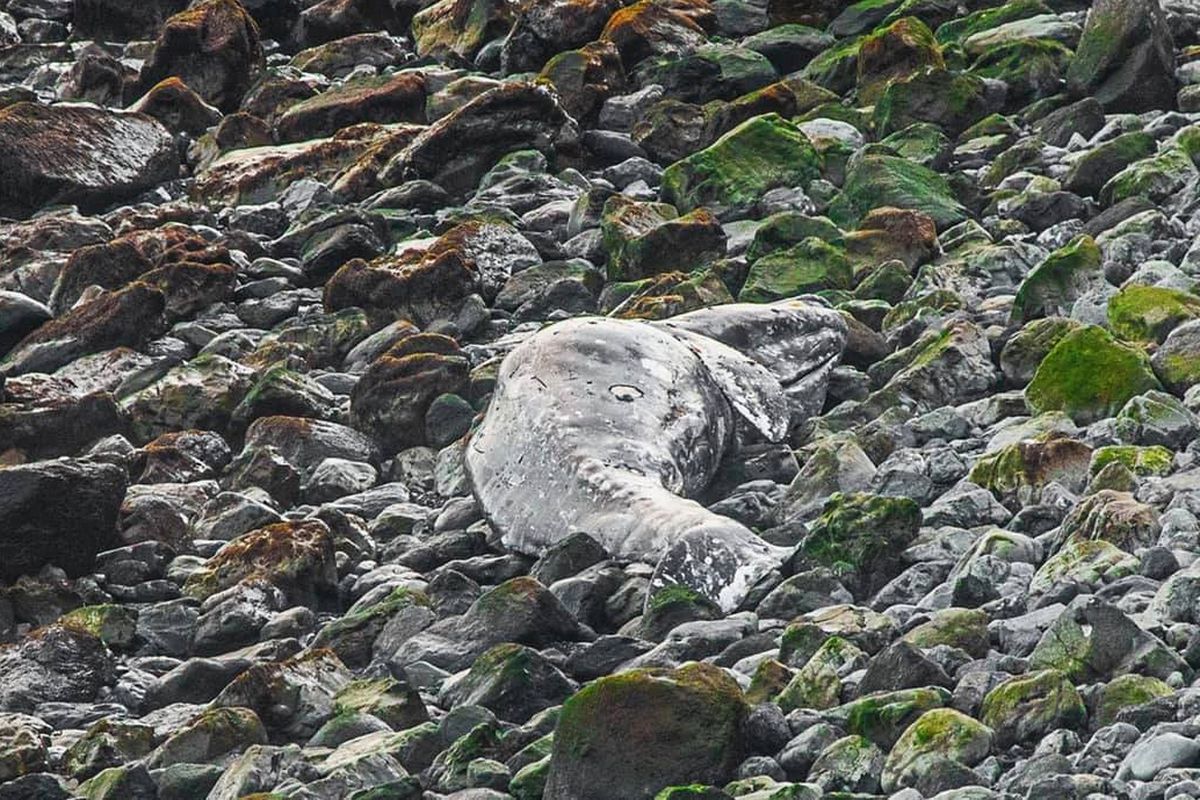 Another dead gray whale has been found in Alaska, this time along the coast of Kodiak Island.

The National Oceanic and Atmospheric Administration’s law enforcement office in Kodiak received a report of the dead whale late Tuesday, the agency said in a news release Wednesday.

The whale is located in the Pasagshak Bay area of the island, south of the city of Kodiak. It’s on a rocky shore near a steep cliff, said NOAA spokeswoman Julie Speegle, making it inaccessible for the agency to perform a necropsy on the animal. The whale appears to be “moderately decomposed,” Speegle said.

This is the third dead gray whale reported in Alaska so far this year, NOAA said. A humpback whale was also found dead along Turnagain Arm at the end of April.

[Gray whales are starving to death in the Pacific, and scientists want to know why]

It’s not unusual for Alaska to have this number of gray whale deaths at this point in the year, NOAA said. But NOAA Fisheries is monitoring the situation in Alaska closely “because of the unusually high number” of dead gray whales found this year along the West Coast of North America; at least 60 have been found so far from Mexico to here.

“It’s just something we’re keeping an eye on because of what’s going on along the West Coast,” Speegle said.

The other two dead gray whales reported in Alaska this year were found near Cordova and in Turnagain Arm.

Gray whales make one of the longest annual migrations of any mammal, traveling 10,000 miles round-trip each year between Mexico and the Arctic, according to NOAA.

The third dead gray whale was also reported to the Sun’aq Tribe of Kodiak, which partners with NOAA on marine mammal strandings.

NOAA urges anyone who sees a dead, injured, or stranded marine mammal in Alaska to call the agency’s stranding network at 877-925-7773.