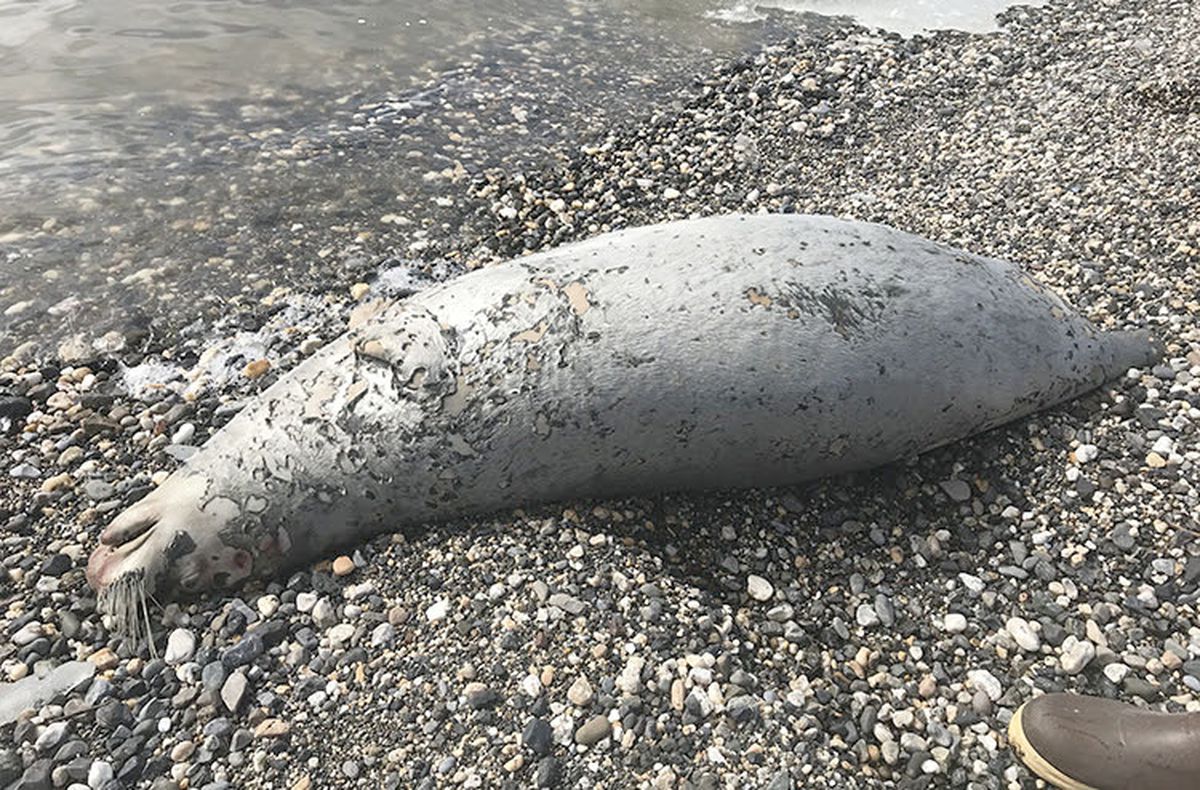 Ice seal strandings have dramatically increased in the Bering and Chukchi seas over the last two years, the National Oceanic and Atmospheric Administration said Thursday. Strandings are being reported five times more frequently than they were in years before 2018, the agency said.

By mid-June this summer, communities along Alaska’s western coast were noticing scores of dead ice seals.

NOAA defines a stranding as when seals “are found dead on land or in the water, or are in need of medical attention.” Bearded seals, ringed seals and spotted seals all have been reported stranded to officials.

A team of investigators - including veterinarians, biologists and ice seal experts - have not yet determined what has led to the strandings, which they’ve declared an “unusual mortality event.”

“We know the past two summers have been warmer than usual, and there has been a decreased amount of sea ice," said Julie Speegle, a public affairs officer with NOAA. Warm weather can also lead to harmful algal blooms, she said, and virus or bacterial infections have also not been ruled out.

Mass ice seal deaths occurred in 2011 to 2016. Officials determined the seals were having an abnormal molt, but were unable to identify a definitive cause for the abnormality.

Also this year in the water’s off of Alaska’s coasts, an unusual number of dead gray whales, mussels and krill has concerned officials.