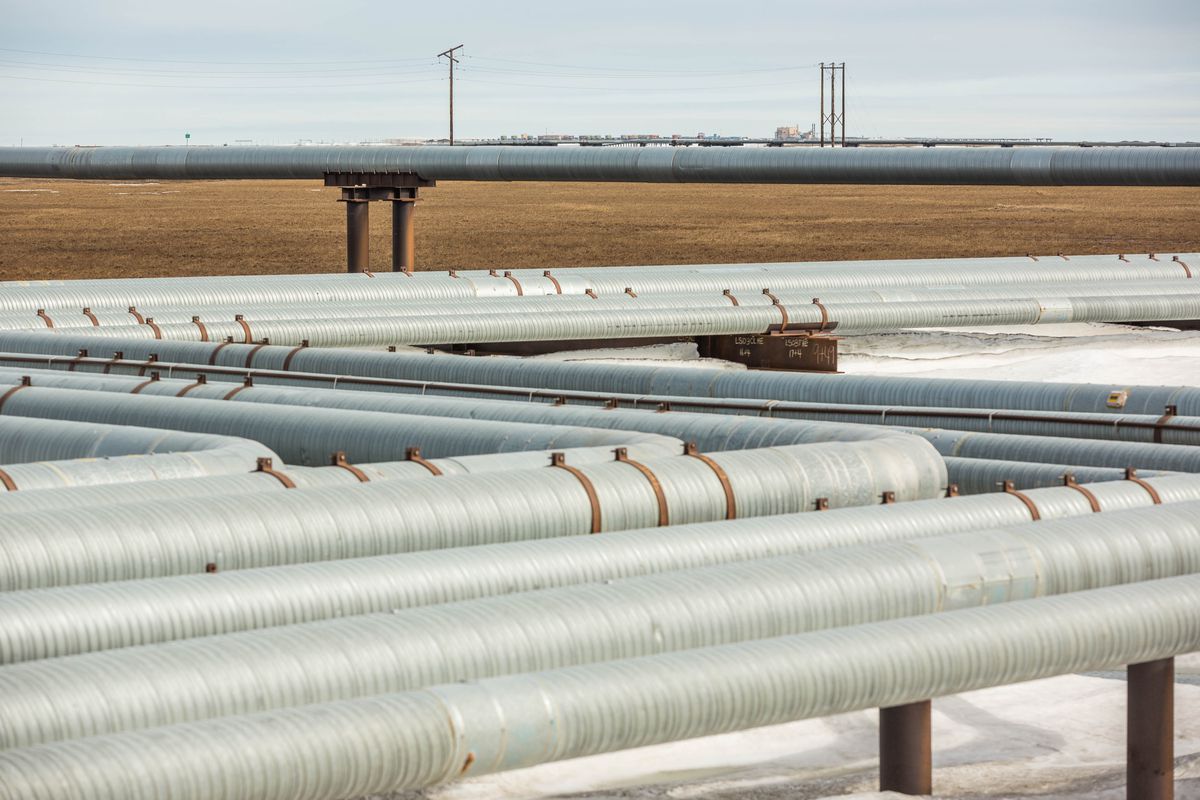 An increasing number of Alaskans are calling for greater financial transparency from Hilcorp, the privately owned company seeking to buy BP’s North Slope assets, in part to ensure it has the financial muscle to respond to a potentially costly accident if the deal goes through.

Under the regulatory process to approve a key element of the transaction, Hilcorp has asked a state agency to keep its recent years of financial records from public view, citing concerns that disclosure will hurt its competitive advantage.

Some think those records should be made public.

“We need to see their finances because they will become the most important oil and gas company in Alaska, full stop,” said Phil Wight, who is studying the proposed deal for the Alaska Public Interest Research Group, a consumer rights group.

BP, operator of the Prudhoe Bay oil field, announced in August that it will sell its Alaska assets to Hilcorp for $5.6 billion, setting the stage for what many say will be the largest North Slope deal in a generation.

The sale includes BP’s share in wells, pipelines, oil tanks and other hardware, much of it built in the 1970s, including the 800-mile trans-Alaska oil pipeline. The companies expect to finalize the deal next year.

The Regulatory Commission of Alaska is overseeing the part of the transaction involving the trans-Alaska pipeline. It is holding a public comment period that’s set to end Friday.

Under state requirements, the RCA must decide whether to grant Hilcorp’s request to keep its financial records confidential, in a decision that will balance the public interest versus the company’s concerns over its bottom line.

At least one powerful state lawmaker appears to support Hilcorp’s confidentiality request. Some Alaskans have applauded the deal in hopes that Hilcorp will boost Alaska’s economy by increasing exploration and squeezing more life out of the oil fields.

The transaction, among other major changes, would give Houston, Tex.-based Hilcorp a 48% stake in the pipeline and operator Alyeska Pipeline Service Company. That’s a bigger share than pipeline co-owners ConocoPhillips and ExxonMobil.

Skeptics of the proposal complain less is known about Hilcorp because it lacks the financial disclosure requirements of publicly traded companies such as BP, Conoco or Exxon. Those much larger companies regularly update shareholders on cash flow, debt and other data under federal reporting rules.

Hilcorp’s finances are a black box, said Wight, speaking Wednesday to a small group in Anchorage at an event organized by the public interest group. He questioned whether Hilcorp can afford to clean up a costly major oil spill if one occurs.

“We are not saying the deal should not go forward, but we want to make sure the public’s interest is protected,” he said.

Hilcorp is known for revitalizing old fields, including in the small Cook Inlet province near Anchorage, where it’s become the dominant oil and gas producer after arriving in Alaska eight years ago. It’s been criticized for a string of accidents and violations, but praised for taking steps to improve that record.

BP has told the RCA it will retain responsibility for the huge cost of dismantling the pipeline.

Dozens of public comments have been submitted to the RCA so far. Many have asked for more information about Hilcorp’s finances, as well as more time for people to comment. The agency has extended the comment period once, adding an additional 21 days.

Republican Senate President Cathy Giessel told the RCA that the sale, once complete, will bring “substantial positive benefits” in the form of Alaskan jobs, investment, oil production, and state and local revenue.

With the “appropriate insurance and financial sureties” that will be required by the RCA and other agencies, Giessel said she believes Hilcorp is “highly fit and able to hold BP’s share of the (trans-Alaska pipeline) assets.”

Giessel said she trusts the RCA and other state agencies will have full access to Hilcorp’s confidential financial records in order to "facilitate a responsible decision by the government.”

“I would not like to think Alaska is willing to require, as a condition for any type of company undertaking business on our land or with our resources, disclosure of confidential financial information that could adversely impact a company’s competitive position as we seek their investment dollars," she wrote.

RCA spokeswoman Grace Salazar said the five-member commission will have 30 days after the end of the comment period to weigh Hilcorp’s confidentiality request and determine if the companies’ joint application for the ownership transfer is complete.

The commission could take up to six months to determine if it will permit the transfer.

Rep. Geran Tarr, D-Anchorage and co-chair of the House Resources Committee, told the RCA that not enough is known about the proposed transaction and the impact it will have on Alaska. She wants the agency to extend the comment period through the holidays.

Tarr said the committee plans to hold an informational hearing on the proposed sale next year.

[As BP exits Alaska, 1600 employees are waiting to find out what’s next]

Andrew Brooks, an analyst with Moody’s Investors Service, a major credit rating agency, said Hilcorp has a good rating for a company of its size. It typically does not heavily rely on debt and generates “positive free cash flow."

But Moody’s was concerned enough about the transaction to launch a “review for downgrade” of Hilcorp’s rating after the deal was announced.

Hilcorp has not yet said how it will finance the deal. The ratings review can’t be completed until those details are known, Brooks said.

Moody’s presumes Hilcorp will take on a “fair” amount of debt to buy the Alaska assets, Brooks said. Too much could help lead to a ratings downgrade.

“It’s a very sizable acquisition for Hilcorp, certainly a much larger acquisition than they typically have undertaken,” Brooks said.

Brooks directed questions about Hilcorp’s net worth to the company itself.

Company officials on Friday did not respond to a request for comment.

“It’s been amazingly quiet in my opinion,” Halford said on Thursday.

“There needs to be a real economic analysis, from the state, of this transaction,” Halford said.

It should include a review of the costs and responsibilities of dismantlement and cleanup of everything from the pipelines to wells to buildings, he said.

“There are a lot of old wells up there,” he said.

Halford said he’s worried Hilcorp may be too small to handle the potential liability associated with the North Slope’s aging infrastructure. The RCA should disclose as much as it possibly can about Hilcorp’s finances, he said.

“This is a huge asset very much tied to the value of state revenue,” Halford said. “The company’s finances should not be protected from public view...any more than is absolutely necessary."