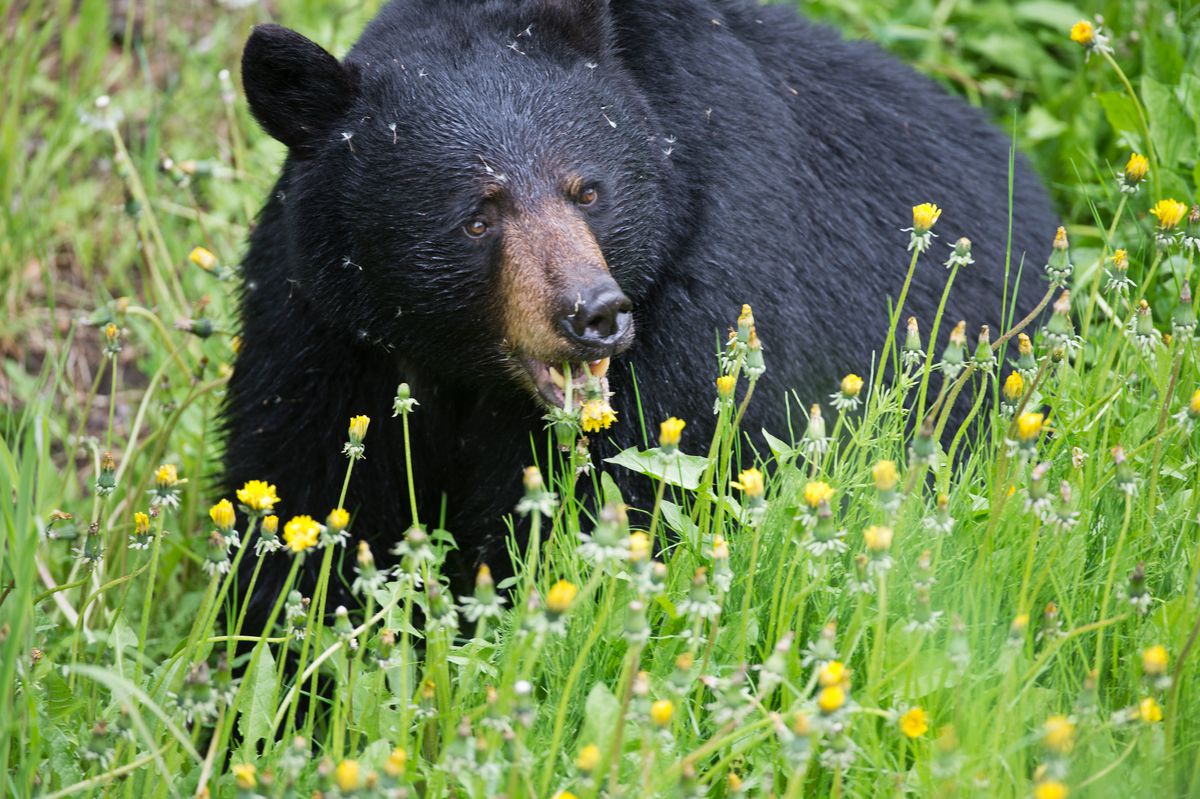 Black bears killed two beautiful young people last week, and nothing matters more. But I hope no one stays out of the woods because of it.

From remembrances published Friday by Erin Johnson's and Jack Cooper's families, it sounds like they would agree.

Fifty times more people are killed by lightning in the U.S. than by black bears. Typically, the nation averages less than one fatal black bear mauling a year, which is why two in one week in Alaska is bizarre.

Very rare events happen by chance. Erin and Jack did nothing wrong. Nor can we blame the organizers of the race up Bird Ridge or, as far as I can tell from news reports, the Pogo Mine field research contractors.

Based on the real risks we routinely accept — from auto accidents, avoidable diseases and gunshots, for example — bear precautions make no sense at all. I do occasionally take a gun or bear spray on hikes, but I feel much safer in the woods than in town, and I think I am.

Craig Matkin, a Prince William Sound whale biologist, has hiked all over its bear-thick islands since the 1970s without ever carrying bear spray or a gun. He's never had a bad encounter.

"I think out here if you are aware and you're careful, it's not really a problem," he said by phone Thursday from off Hinchinbrook Island. He'd just been roaming around there and on Montague Island.

Strabel said he has never had a significant bear incident, even though he sometimes runs through thick brush and is usually by himself. He started carrying pepper spray two years ago but hasn't used it.

Have Matkin and Strabel been lucky?

No. The probability of a bear attack is so low that you can spend a lifetime in bear country and never have an issue. Bears walk or run away from people.

I asked Fairbanks bear biologist Dick Shideler of the Alaska Department of Fish and Game the probability of running into a bad bear — a predatory black or brown bear interested in taking a human being. The answer seems to be zero.

It's natural to think of some animals as evil. It feels right when wildlife authorities go after a killer bear, like the woodsmen going after the wolf in the story of Little Red Riding Hood.

But Shideler said we're probably projecting our human sense of psychology on an animal when we think of it as having a predatory personality.

Although he said there is no research on this — statistically valid research is impossible for such a rare event — Shideler believes predatory attacks are situational. It is sheer bad luck, for example, when an adult male prowling for a moose calf stumbles on a vulnerable human being.

The numbers argue for this interpretation. Bears are all over the place. They don't want to be seen and we usually don't see them. Bears that choose to attack people must be incredibly rare.

"It's still such a small percentage, it has to be less than 1 percent, because we would be losing people all the time," Shideler said.

Cultural trends keep us from seeing this truth.

It feels like a lot of attacks are happening because we hear about every incident in the media. And more incidents do happen these days, because Anchorage has grown and people go faster in the woods, covering more ground.

When I was young, we hiked slowly on Chugach mountain trails and only occasionally met other groups. Today, folks run, hike fast and bike in the backcountry. On a sunny weekend you're never alone for more than a few minutes on these trails.

Outdoor writers and land managers also increase fear of bears by teaching preparedness. It's good to be prepared, but training people to deal with bear incidents creates fear.

I was at a backcountry briefing in Yellowstone National Park years ago when a European party abandoned their planned backpacking trip after hearing the required talk about bear hazards.

National parks across the country are faced with the creeping safety culture infecting American life, which moves responsibility for even obvious hazards from individuals to businesses and organizations. I saw warning signs atop a 1,000-foot cliff at a Yosemite Valley overlook.

I'm proud most Alaskans don't want that. We still have park facilities like the hand-operated trams that dangle above canyons on a couple of Alaska State Park hiking trails. It's our responsibility to stay safe, not the state's.

But during moments of shock and grief we risk losing this culture of freedom. Instead of demanding changes to keep us safe, recall how much healthier we are when our adventures belong to us alone, including the risks.

Part of the culture of freedom must be accepting responsibility for real risks and managing them.

Research shows the top three reasons people get in trouble in the wilderness are having inappropriate equipment or an inappropriate level of skill for the trip, or trying to stick to an inappropriate schedule, said Paul Twardock, professor of outdoor studies at Alaska Pacific University.

Truly dangerous things you can do outdoors in Alaska in the summer are boating and drinking alcohol without a life jacket; trying to float or cross a cold river beyond your capabilities; or pushing onward when you are cold and wet.

If you have the right equipment and skill level and you don't rush, you can avoid all that.

What you can't avoid is humans scared of bears.

"The biggest risk in the outdoors is yourself and other people. And I'm thinking about other people with guns. That's what I'm worried about right now," Twardock said.