On the arrogance of senators 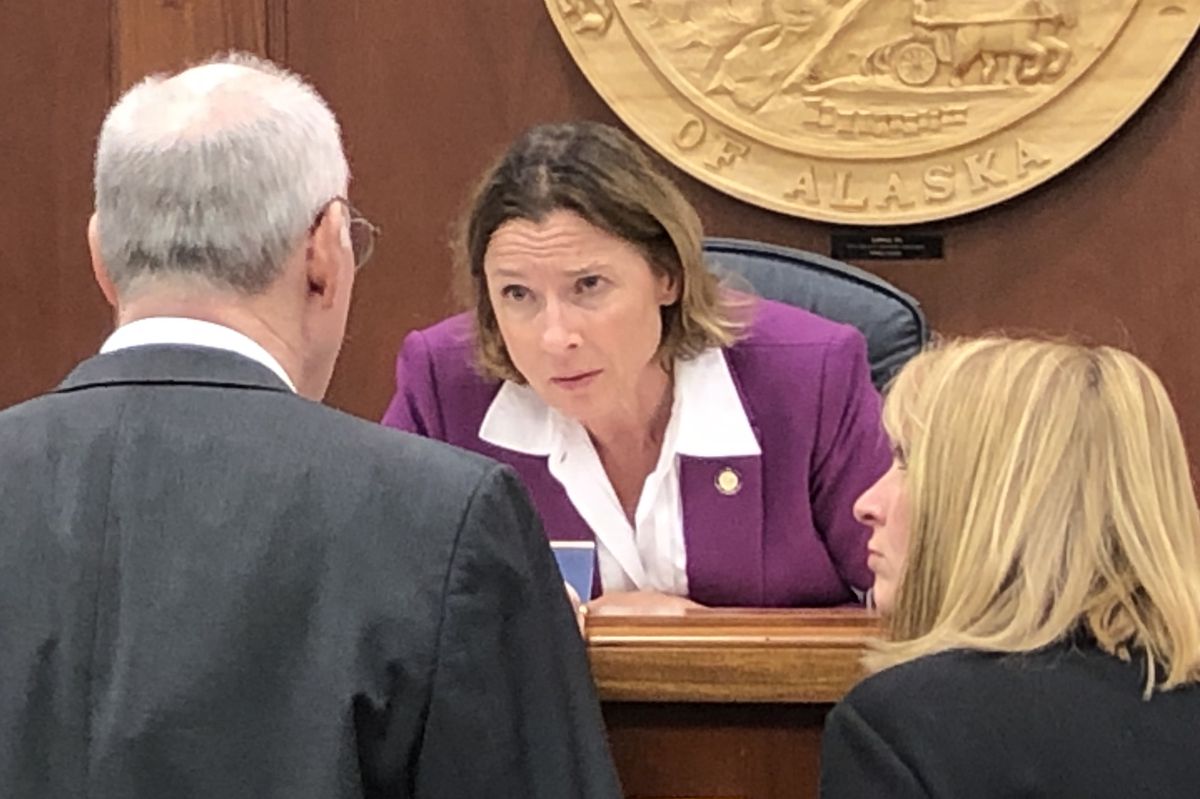 Voters choose their representatives and senators. People vote for candidates for a multitude of reasons, and there are a multitude of votes and policies that every legislator must deal with.

Sometimes, a legislator is unable to complete their term and a vacancy occurs. There is a time-honored process for filling the vacancy.

First, the local volunteers of the incumbent’s party — Democratic or Republican — nominate replacements. The governor usually selects a nominee from the list provided by the volunteers representing the vacant district, of the same party as the person originally elected. Finally, the members of the House or the Senate of the same party as the elected incumbent then vote to approve or disapprove of the governor’s nomination.

There is give and take, as well as safeguards to ensure no one person or group can control the process. When the governor ignores the local volunteers, the legislators usually choose to support a nominee of the volunteer citizens. The point is always to allow the people of the district to have the primary input, as long as the person they nominate is qualified.

Until this year, legislators had never tossed aside the united advice of both the local party volunteers and the governor. Ever. That would be the height of arrogance and heavy-handed politics of the worst type.

Nevertheless, that is exactly what Senate President Cathy Giessel did. She substituted her demand for purity over the residents of District M and the governor. For the first time in the history of Alaska, a person elected to the Legislature from the district, nominated by the volunteers representing the party, and appointed by the governor, has been rejected by the senators of that party.

The vote was six to six. There is no way to sugarcoat this.

Such arrogance and disrespect has never been exercised before. Senate President Giessel led five of her colleagues — Sens. Click Bishop, John Coghill, Natasha Von Imhof, Gary Stevens and Bert Stedman — to reject Rep. Laddie Shaw. They had no good reason, no grounds, no honest objection, except that they hate the Permanent Fund dividend. Their hatred for your PFD trumped all other issues, process and precedent.

I am particularly disappointed by this vote coming near the likely end of a long career of Sen. John Coghill. He has always previously done his best to uphold the Alaska Constitution and the principles of good government. Not this time.

However, the person most responsible for this outrageous rejection of the eminently qualified Rep. Shaw — a retired Navy SEAL, former director of the State Trooper Academy and Executive Director of the Police Standards Council, and someone who replaced Chris Birch in the State House, elected in a landslide — is Senate President Giessel.

Sen. Giessel has chosen personal power over high standards of public service. Her arguments are both ridiculous and disingenuous. She is quoted as making the assertion that since Sen. Birch had been opposed to the statutory PFD, she would only allow someone who shared his views on that specific issue to be approved.

The reality is that the Senate District M voters supported Mike Dunleavy for governor. Those same voters elected Laddie Shaw and Josh Revak to the State House and Chris Birch to the Senate. The District M voters knew what they were doing, and they were not simple one-issue fanatics. It is pure arrogance and an absurd and preposterous demand that all applicants now bow to Sen. Giessel’s newfound hatred of the full PFD. (She won her last election supporting a full PFD — you can see the video on YouTube).

The argument is that since Chris Birch was against a full PFD, only an identical person can be approved for that seat. But the voters of that same district elected two representatives and a governor who support a full statutory PFD.

The voters made complex choices based on many factors; Sen. Giessel and the five senators who followed her lead put their desire to kill the PFD and to win ahead of a respected, elected, honorable veteran with a sterling record and character. As the former chairman of the Alaska Republican Party, I am disgusted by the irrational statements and arrogance represented by this vote.

Chris Birch and I were political friends. I strongly supported his election to the state House and then to the state Senate. Certainly, he and I fiercely disagreed about the PFD. He opposed a full PFD; I supported a full, statutory PFD — as does the Alaska Republican Party. We did not let that one disagreement pollute our friendship or political partnership. Sen. Giessel has embarrassed herself, failed in her leadership and staked a horrible red line: Only if you hate the PFD will you be welcome in her Senate.

It is not “your” Senate, Sen. Giessel. Your frenetic desire to win at any cost and your twisting of the process and the purpose of the law has cost you my support.

I have long supported Sen. Giessel through multiple elections, but will never do so again.

Tuckerman Babcock is a former chairman of the Alaska Republican Party. Most recently, he served as chief of staff to Gov. Mike Dunleavy.