Dunleavy’s attack on unions is an attack on all Alaskans 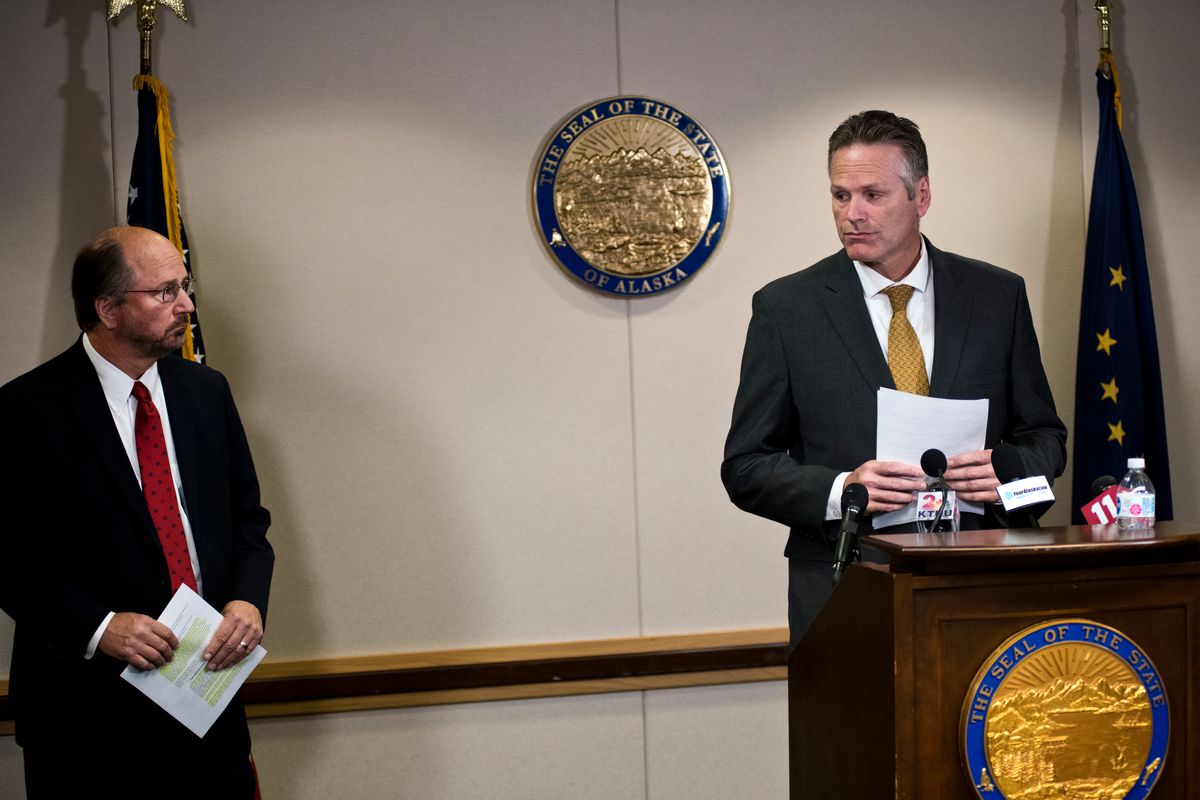 Erin Gleason is a scientist who protects Alaska’s environment and ensures all of us drink clean water. Carl Jacobs is an investigator who has protected some of our most vulnerable citizens, including children, over the course of his career in public service. Cassandra Lynch helps make sure seniors and people with disabilities have access to the resources they need to lead healthy, productive lives.

Erin, Carl and Cassandra are just a few of the thousands of Alaskans who have dedicated their careers and their lives to making our beautiful state stronger, healthier and safer.

They are also part of the proud and long history of union members in Alaska. Since before we became the 49th state, miners, fish processors and other trade workers joined unions for decent wages, better benefits and protection from exploitation. Through tough times like the Great Depression, unions helped provide security, safety and fair treatment for workers in a time when benevolent employers were rare.

Today, Alaska unions don’t just help workers earn the wages and benefits we deserve. For people in public service like Erin, Carl and Cassandra, unions like the Alaska State Employee Association help them work for all of us. By giving them a voice and a seat at the table, unions help them serve us better.

No wonder unions are under such vicious attack. Gov. Mike Dunleavy wants to push through draconian budget cuts that would create economic insecurity across the state – and Alaskans working in public service are the biggest danger to his agenda. Stripping unions like ASEA of power will give him carte blanche to attack the people who make Alaska a better place to live every day. That’s why Dunleavy started a fight recently when he filed a lawsuit against his own employees, ASEA members.

Dunleavy’s plan is to hobble the unions and the working men and women who use their voices to make Alaska stronger every day. He and his attorney general are erecting new obstacles to make it more difficult for Alaskans in public service to join unions and pay their dues. They want to create a giant new bureaucracy with one purpose: to take away our freedom and our voice.

There’s a reason thousands upon thousands of public service workers in Alaska have joined unions. They know that by joining together to bargain, they can speak with a powerful voice against abuses and corruption. They can speak for themselves, their families and the communities they serve. They have chosen to join unions because it gives them a voice. Gov. Dunleavy wants to take that voice away.

Make no mistake: This is an attack on our First Amendment rights. Dunleavy wants the people who keep Alaska running to keep our mouths shut, and his legally dubious scheme to attack unions is an attack on the freedom of all Alaskans to make our voice heard.

Dunleavy’s timing for starting this fight couldn’t be worse. Unions are more popular now than any time in recent years. Working people know they are under attack from politicians like Dunleavy, and we are ready to fight back.

On Wednesday, on behalf of the hardworking men and women who keep Alaska strong, ASEA responded to the Dunleavy administration’s lawsuit and brings our own claims against the administration. The administration has violated the contract it signed in August, it is violating state law, and the governor is threatening the freedom of state employees to come together as a union. Rest assured, ASEA members will stick together to resist this extremist attack on their First Amendment rights. We will not be bullied, and we will not sit back while the governor violates state law.

People like Erin, Carl and Cassandra, as well as thousands of others, do our jobs better because we have the power to speak our minds at work. Together, with the power of many, we can fight for the resources to make Alaska a stronger, safer, better place to live.

Gov. Dunleavy has no respect for the commitment and effort of people in public service. He sees us as nothing more than an obstacle to his plans to dismantle the critical services Alaskans rely on every day. But he’s right about one thing: union members will use our voice to stand up and stick together for the people and communities we serve. That’s why he’s doing everything in his power to try to violate our fundamental freedoms and tear unions down. Every Alaskan should stand up and tell him no.

Jake Metcalfe is the executive director of ASEA/AFSCME Local 52.

Vince Beltrami: State is trying to undermine workers’ rights, not protect them

Libby Bakalar: State employees: I have your backs