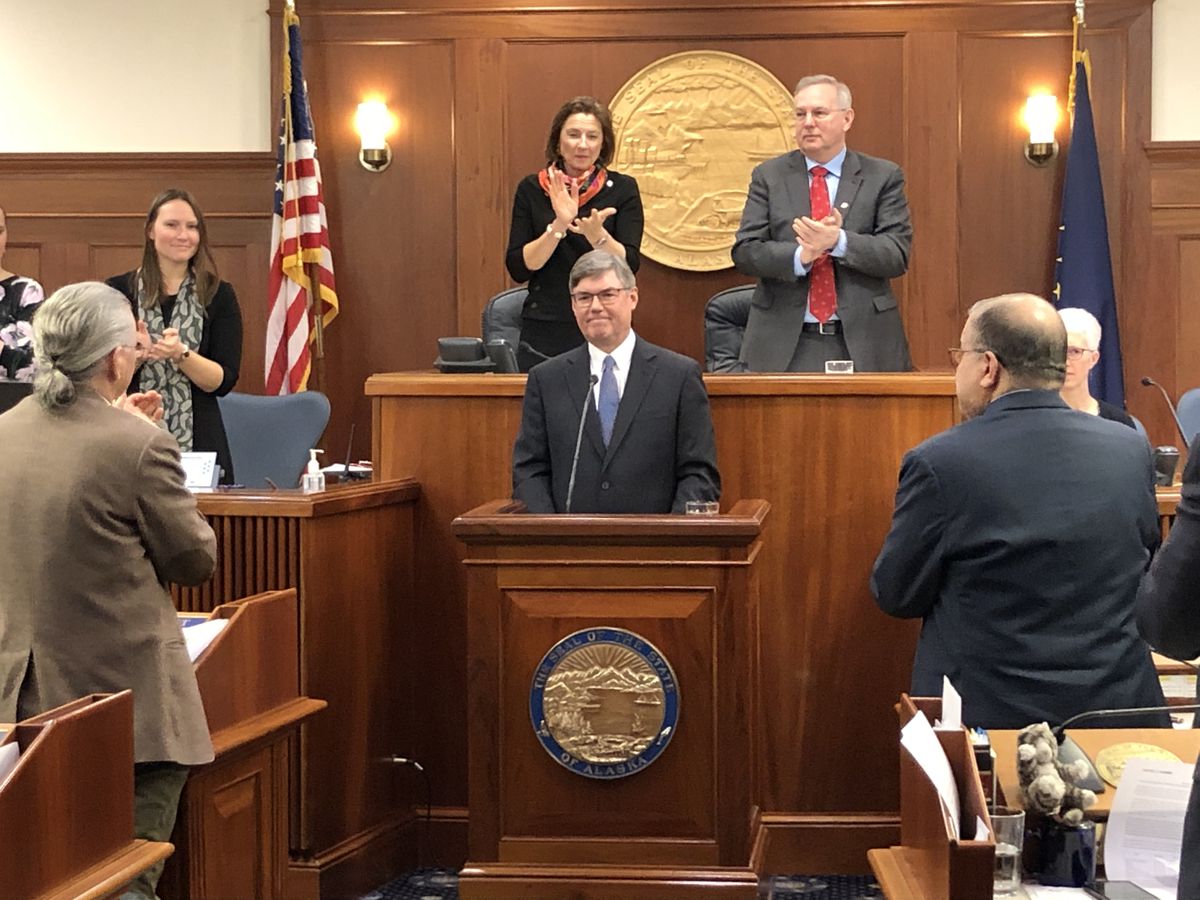 Alaska Supreme Court Chief Justice Joel Bolger’s ability to participate impartially in the recall case has been called into question by a group opposing the governor’s recall, as well as by many voters who cast ballots to elect him in 2018. The reason for concern about Justice Bolger’s ability to judge the appeal fairly is due to his direct involvement in the events at issue.

The trouble is not that Justice Bolger is an unfair jurist, or that he won’t try to put his personal feelings aside, as any ethical judge would who is trying a case. The problem is that under these circumstances, the Code of Judicial Conduct dictates that he must recuse himself; failing to do so would undermine the independence of the judiciary and erode the public’s faith in the rule of law.

In an unusual letter recently, the Supreme Court acknowledged that Justice Bolger “joined and issued public statements that may relate to the events listed as recall grounds 1 and 3(a) under consideration of this case.” He did. But the letter failed to mention Justice Bolger’s multiple additional expressions of displeasure with the governor’s public policy decisions. These include:

1) Justice Bolger’s opinion that the governor’s office “does not understand” his constitutional duties for judicial appointments (the precise topic of ground 1);

2) Justice Bolger had an in-person meeting with the governor about the very judicial appointment at issue.

Rather, the letter stated that Justice Bolger is not biased and prejudiced, and he “knows of no other reason why he cannot render a fair and impartial decision in this matter.” The court then invited the parties to file a written motion to disqualify Justice Bolger if any of them disagree.

All judges, particularly the chief justice, must not only be impartial, they must also appear to be impartial. The Code of Judicial Conduct provides that when a judge’s impartiality “might reasonably be questioned,” that judge “shall disqualify himself.” This obligation falls on the judge, and the judge alone. This is a deliberate feature of the Code of Judicial Conduct, designed to remove the pressure from litigants and their attorneys who, if any raised the issue, would also risk raising the judge’s ire.

Where it is obvious that a judge’s impartiality might be questioned, and the judge does not at least offer to recuse himself, this means the judge has already decided he’s not going to self-recuse. Here, Justice Bolger already concluded that there is no reason to recuse himself. He has invited any party who disagrees to file a motion to disqualify him. This is akin to the emperor telling his courtiers, “My new clothes are undeniably beautiful and so fashion-forward. But if you disagree, feel free to tell me that I am naked.” This is exactly the awkward situation that the Code of Judicial Conduct is designed to avoid.

By all accounts, Justice Bolger is an able jurist with no history of biased rulings. That, however, is not the point. In the circumstance in which Justice Bolger has stepped into the public arena to comment on the governor’s ability to understand his job, to criticize him publicly to at least one group which is already antagonistic to him, and held a meeting with him to discuss the subject of one of the recall petition charges, it is no accident that Chief Justice Bolger finds himself in a compromised position. In fact, one could reasonably conclude that the pro-recall group took note of the chief justice’s very public comments and tailored the petition to appeal to him in particular.

The rule of law, shepherded by an impartial and independent judiciary, is what sets our nation apart from much of the world. But to maintain this independence and credibility, jurists must be — and appear to be — above the fray. Here, the chief justice entered the conflict in a very public way. He might reasonably argue that this was his duty, because as chief justice, it falls to him to submit and protect the court’s budget and to serve as chair of the Judicial Council.

But, no matter the reason, Justice Bolger engaged in the public debate over the governor’s actions. Having done so, he needs to sit this one out. There is no shame in doing so, only honor.

Ann Brown is a retired trial lawyer. She serves as the Vice Chair of the Alaska Republican Party.