The coronavirus wave is coming. Let’s make sure we’re ready. 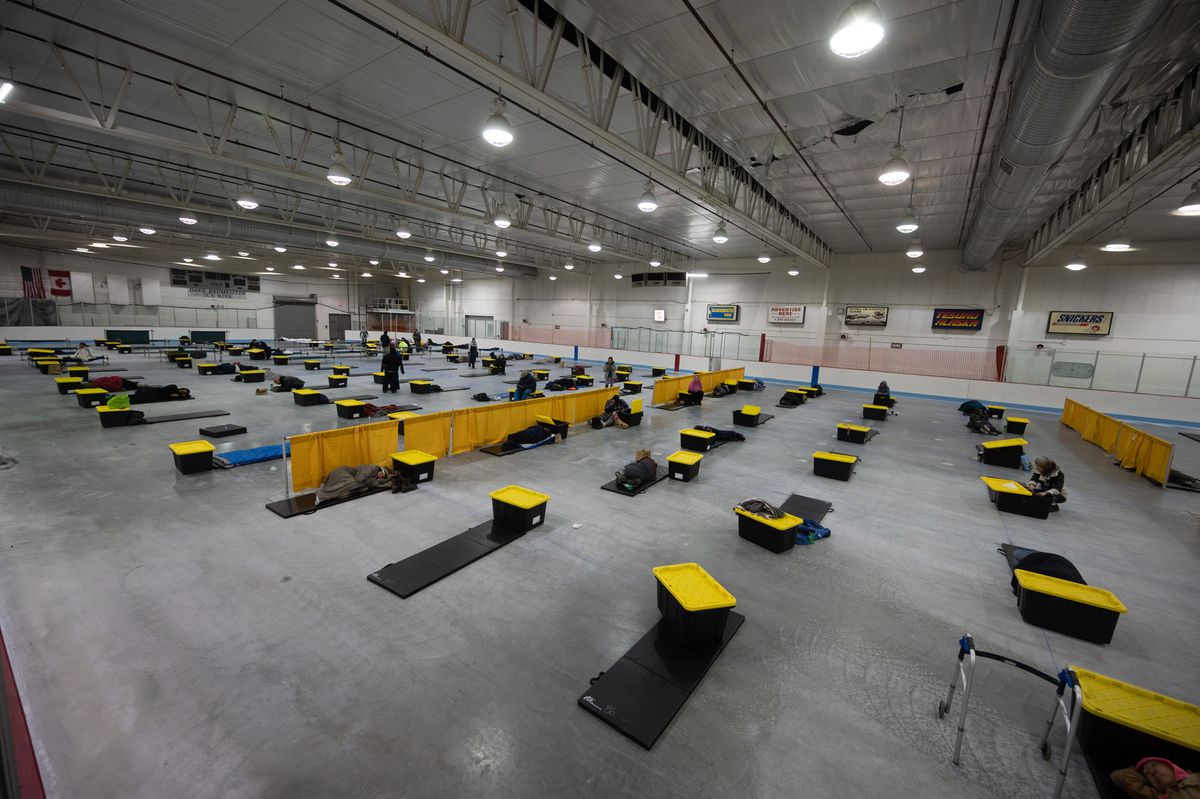 Tens of thousands of Alaskans sent home without jobs. Sports arenas serving as overflow capacity for hospitals or shelters for the homeless. Senior homes locked down to protect inhabitants. The world we find ourselves in is simultaneously familiar — so many aspects of life look the same, at a cursory glance — and yet absolutely foreign to us. Alaskans’ feelings of dissociation are understandable, as what we remember as “normal” life is less than a month behind us. And yet it’s hard to say when we’ll return to something resembling that normalcy, and how our lives might be changed permanently by the COVID-19 pandemic.

The pandemic wave began in Wuhan, China. Its impact there put the world on notice, but at the same time seemed to be occurring in the abstract. Despite attempts to control transmission and limit travel, restrictions came too late to halt its spread to local travel hubs, as well as on planes and ships bound worldwide. The wave’s potential for destruction, as showcased in countries such as Italy, Spain and Iran, is terrifyingly high if it gets beyond the health care system’s capacity to provide care. That wave is building in American population centers such as New York and New Jersey. There, hospitals are straining to keep up, despite those states having some of the best facilities in the world and substantial excess capacity added when authorities could see the wave coming. And it has yet to peak.

In Alaska, we’ve been lucky to have more time before the wave hits our shores in earnest. When it does come here, how high will it be?

Our state, so far, has been doubly blessed: First, it has taken longer for serious numbers of COVID-19 patients to emerge here than elsewhere, a particular boon given Alaska’s proximity to Asian nations where the first cases originated. Second, our state and municipal leaders have taken the pandemic seriously, before it got beyond the point where control measures would be helpful. Gov. Mike Dunleavy has heeded the wise counsel of Alaska’s Chief Medical Officer Anne Zink, as well as doctors around the state, in taking measures such as closing schools, issuing shelter-in-place orders and nonessential travel bans. Mayor Ethan Berkowitz and the Anchorage School District have ordered the closure of public facilities and nonessential businesses that were likely to become vectors for COVID-19 transmission. And the Alaska Legislature acted swiftly in passing relief measures that required a three-quarter vote, meaning a much higher proportion of legislators had to find common ground and act in the public good — which, ultimately, they did. Along the way, it was easy to criticize these decisive moves as overreactions, but in the clarity of hindsight, we can see their wisdom.

As a result, Alaska residents will be able to more easily obtain unemployment relief, affected businesses will have greater and swifter access to bridge payroll funding, renters who can’t pay won’t be evicted and landlords who can’t make mortgage payments will be offered similar forbearance. Official distancing measures should diminish the coronavirus’ ability to spread. The rest is up to us.

With fewer than 200 confirmed cases in the state so far, Alaska is at or near the bottom of U.S. states for COVID-19. That’s where we want to stay. So far, our state’s case growth has ticked along at roughly a dozen cases per day for the past week — growth, but not the scary hockey-stick graph that indicates control measures aren’t helping. Our aim is to flatten the curve, giving health care facilities as much time as possible and spreading cases out long enough that hospital capacity isn’t overwhelmed. So far, data indicates we’re doing better than most other states at keeping growth low. It’s been almost three weeks since mandated distancing and bans on public gatherings in Anchorage took effect. The city has seen dozens of cases, but not hundreds or thousands.

But even the measures we’ve taken so far aren’t likely to be enough, according to state health officials. Each person with a confirmed case of COVID-19 is spreading it to 1.68 people, state modeling data shows, which is better than the average rate of spread in the U.S. but not enough so to keep us from eventually outstripping hospital capacity if trends continue. We have to do better.

Models, fortunately, are not guaranteed outcomes. They are based on assumptions and the most recent data, and they are constantly revised to be matched against realities on the ground. We can do better and we can bring this number down.

Keeping the curve of new cases broad and low requires more work from all of us. As time under shelter-in-place mandates wears on, it’s easy to be lulled into a false sense of security. But viruses are implacable, and opening the door back up even a crack will give the pandemic the opportunity it needs to spread further, faster. We can’t give it that chance.

At a state coronavirus briefing Thursday, Gov. Dunleavy compared where we’re at now to a community that has received a tsunami warning: “You prepare for it, sometimes the wave is only a foot tall — sometimes it’s much larger.” Unlike a tsunami, however, each of us, by doing our part, can affect how big or small that wave ultimately is. And, looking at the wave washing over other places around the world, we can already see how bad it can get if we let it.

Practice good hygiene. Keep at least six feet of distance between you and anyone not in your household. Don’t travel outside your home except when it’s essential. Keep grocery shopping trips to a minimum. Let’s make the wave as small as we can.