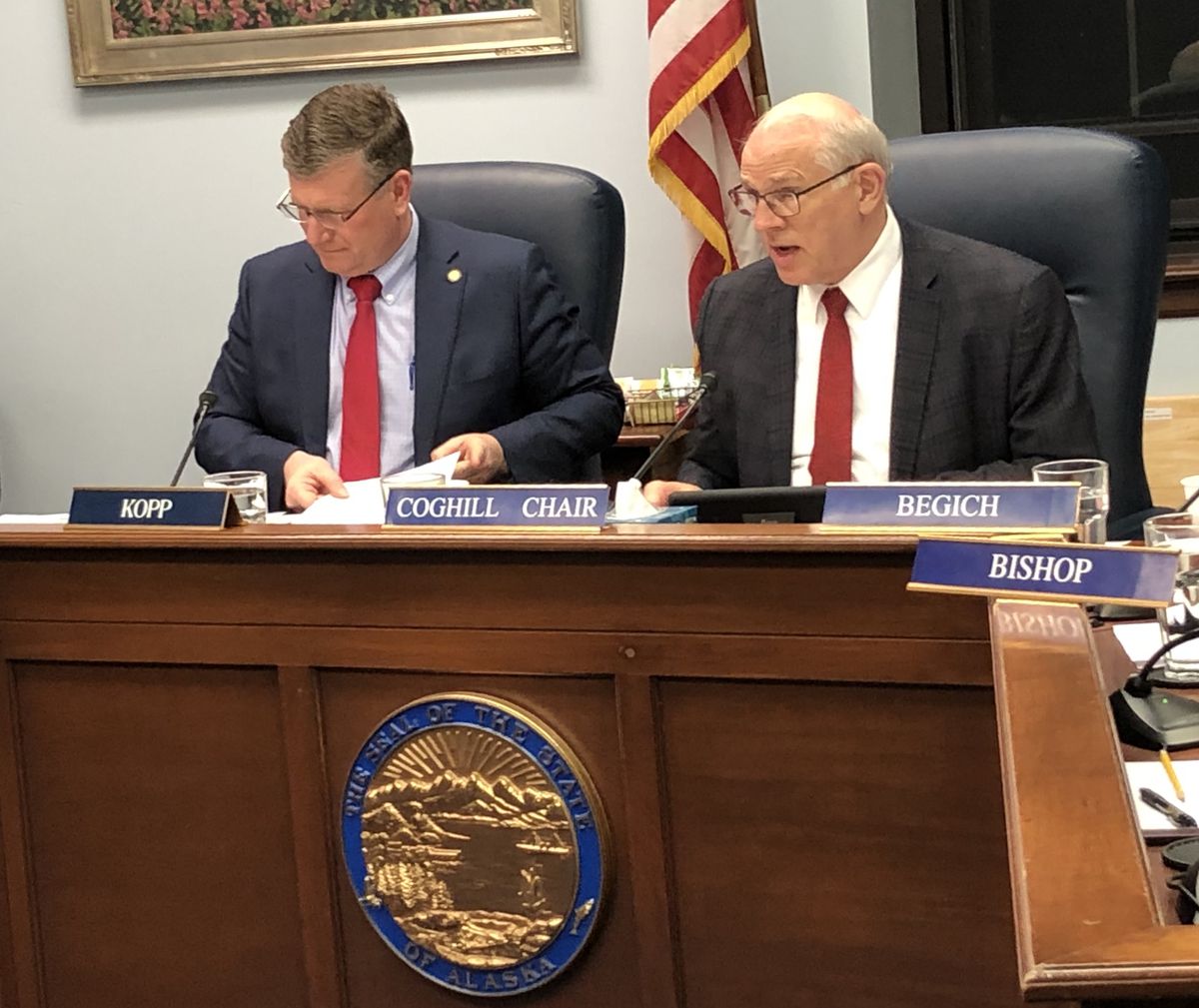 “I want to thank the governor, the House and the Senate — all three — this has been a work in progress. We’re trying to figure out how to help Alaskans. This is a tough, tough deal for all of us, everybody,” said Sen. John Coghill, R-North Pole and one of the legislators behind the bill.

The measure, scheduled to become law once Dunleavy signs it, extends the governor’s state of emergency through Nov. 15, unless he cancels it early. During the emergency, the governor can spend vast amounts of money — lawmakers approved $88 million in a first tranche of state response Sunday morning — and impose public health rules across Alaska.

For legislators, the biggest debates revolved around economic-aid measures. Conservative Republicans worried that halting foreclosures and evictions would penalize landlords and banks, while Democrats, independents and more moderate Republicans said the priority was aiding the most people possible.

“We worked very hard to mitigate some of the challenges associated with pushing forward a very broad-ranging measure in short order,” said Rep. Ivy Spohnholz, D-Anchorage.

Originally, legislators envisioned separate bills, one for the public health emergency and another dealing with the economic effects, but that plan fell apart as lawmakers attempted to finish work before the first cases of coronavirus were confirmed in the Alaska State Capitol.

That forced everything into one bill and days of frantic work leading up to the final votes Sunday morning. An 11 a.m. meeting scheduled to approve the compromise was repeatedly delayed as Coghill and Rep. Chuck Kopp, R-Anchorage, sent the bill back for revisions four separate times. The final version wasn’t released until 8 p.m.

The resulting compromise had broad support: Only Sen. Mike Shower, R-Wasilla, and Rep. David Eastman, R-Wasilla, voted against it.

Under the terms of the new law, a landlord can’t evict a renter, a utility can’t shut off service, and a bank can’t foreclose upon a home if the person responsible for the bill is suffering financial hardship because of the pandemic.

The person has to sign a sworn statement — signing it untruthfully would be perjury, a felony — and any bills must eventually be paid. The debt doesn’t go away. Landlords can still evict residents for other reasons, including bad behavior.

The bill includes a tougher price-gouging statute. Stores can’t raise prices more than 10% when compared to what they charged during the “normal course of business” before the governor declared an emergency on March 11. Fuel is exempted from that rule.

No direct payments to Alaskans are included. Lawmakers removed a spring stimulus dividend of $1,000 from the state budget; the remaining dividend is $1,000 in the fall.

To help Alaskans who may be stuck in quarantine, the Permanent Fund dividend application deadline has been extended to the end of April. In addition, anyone stuck in a quarantine outside the state can’t have that period count against them when it comes to calculating eligibility for the dividend.

This fall’s elections could be conducted by mail, if circumstances warrant. A provision allows the state’s lieutenant governor to make that decision. Already, the Alaska Division of Elections has said that it is having a harder time than usual hiring poll workers in advance.

Some state tax deadlines have been extended to July 15, and municipal governments are allowed to pause some deadlines of their own. Corporations, including Native corporations and nonprofits, can hold shareholder meetings by teleconference.

To increase the number of available medical workers, the bill allows doctors, nurses and other health care workers to temporarily bypass the normal licensing procedures. Anyone with a comparable license in another state or country can get a temporary Alaska license for the duration of the emergency. Fingerprinting procedures have also been streamlined.

Similarly, companies that offer health care by videoconference can bypass normal licensing procedures for the duration of the emergency.

The Alaska Department of Health and Social Services can order stores and other businesses to follow special rules regarding cleanliness.

Critically, the public health measures also grant the governor the ability to spend anti-pandemic funding according to a spending plan within the bill. The governor will be required to file monthly progress reports with the Legislature.