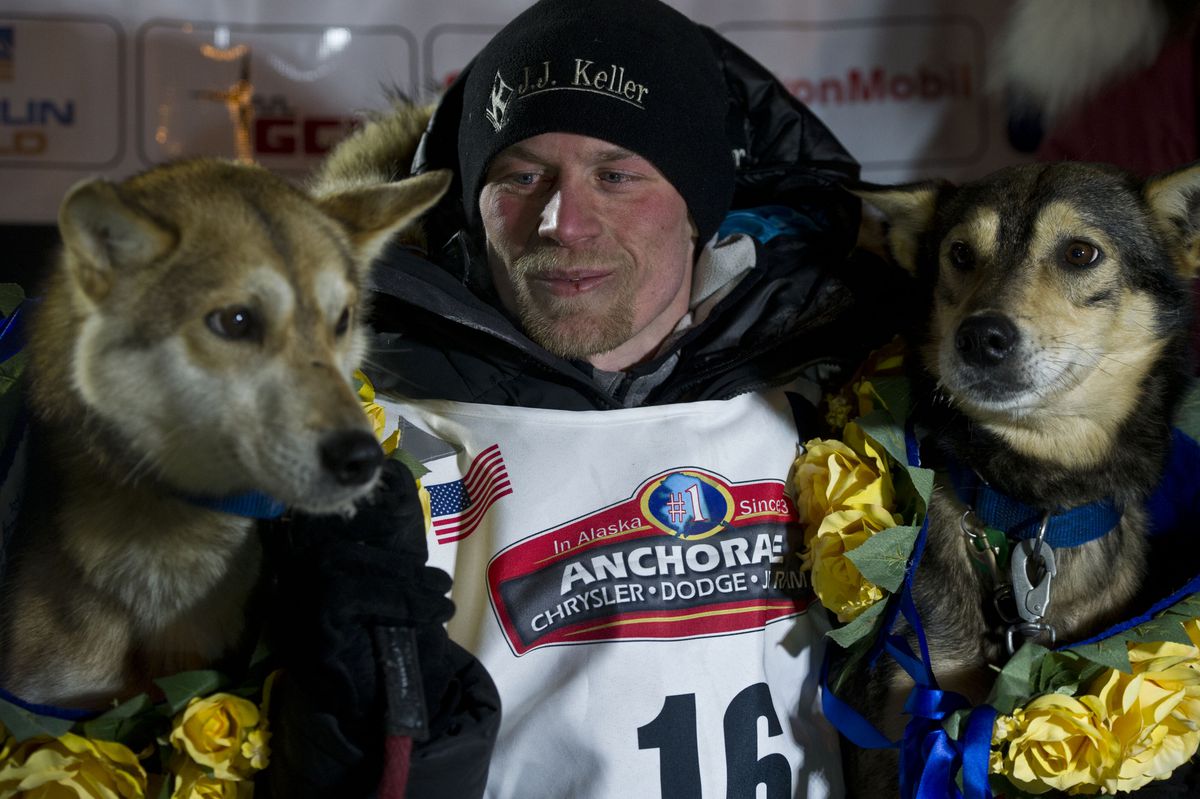 The Iditarod on Tuesday said what Dallas Seavey has been saying all along:

Someone administered banned drugs to some of Seavey’s dogs during the 2017 sled dog race. But it was not Seavey.

The race issued a statement clearing Seavey, a four-time champion, of any involvement in the drugging. After a second-place finish in the 2017 race, four dogs in Seavey’s team tested positive for tramadol, a substance banned by the race.

“We met with him multiple times and there was (sufficient) evidence to conclude he didn’t have anything to do with it,” Mike Mills, the president of the Iditarod’s board of directors, said in an interview.

“… There’s no wrongdoing with Dallas that we found. He had no knowledge. It’s a hard situation to untangle, but we’re comfortable that we made the right decision.”

So who drugged the dogs?

Seavey said he was “very pleased with the outcome” reached by the Iditarod board of directors.

“What we have established here is what didn’t happen. For me that’s a big step,” he said. “I don’t know if the information exists to say what happened.

“… All I know is what didn’t happen. This did not come to my dogs through me or any of my people.”

Mills, an attorney who is one of five new members on the 11-member board of directors, wouldn’t say what evidence convinced the board of Seavey’s innocence.

Seavey, who suggested last year after test results were made public that someone sabotaged his team, said he presented “a very compelling case” to the board.

Seavey said he’s not at liberty to share of all of his information, but he thinks one of the most persuasive arguments in his favor was the timing of the drug tests.

Results showed high levels of tramadol in the dogs at a time when Seavey knew the dogs would be drug tested.

“Looking at the levels, to me the compelling evidence in my mind is perhaps the fact that it’s a very high level (of drugs) immediately before a guaranteed drug test,” Seavey said. “It does not look like something someone was trying to get away with. It’s very blatant.”

Seavey is a member of one of the Iditarod’s royal families — his father Mitch is a three-time champion and his grandfather Dan ran the inaugural race in 1973 and played a pivotal role in getting the Iditarod Trail recognized as a National Historic Trail.

Dallas Seavey skipped the 2018 Iditarod and instead raced in Norway. Mills said Seavey has always been welcomed to run the Iditarod, and Seavey said he is “absolutely willing” to make another run to Nome.

But he said he hasn’t decided whether he’ll do that in 2019. He could race in Norway again, he could run the Iditarod, or he could take the winter off as a rebuilding year, he said.

“I’m not entirely sure which way we’re going, but I’m training dogs,” Seavey said. “This whole situation over a whole year-and-a-half has been tiresome, to say the least. I’m focused on having fun with the dog team. The simple side of it.”