Iditarod officials told a 16-time race finisher he had to qualify like a rookie. So that’s just what he did. 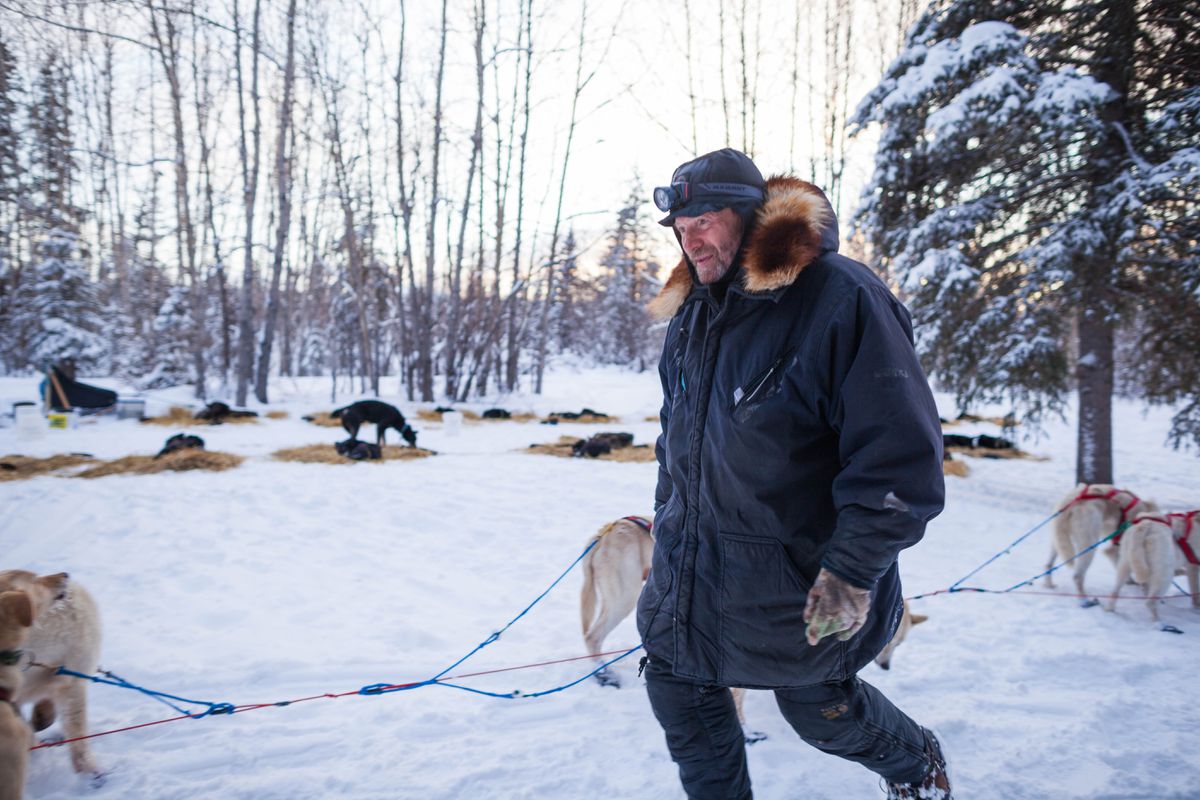 Jim Lanier is no Iditarod rookie — even if he’s spent the winter proving himself like one.

The 79-year-old Chugiak musher was denied entry into the 2020 Iditarod in August, but he’ll be at the starting line nonetheless when the race begins in March after re-qualifying for the race by completing a pair of 300-mile races.

“They said per Iditarod rules if I want to run this year and do a late sign-up, I’d just have to follow the rules and run the qualifying races, so that’s what I did," Lanier said Tuesday.

Lanier finished both the Kuskokwim 300 in Bethel and the Willow 300 in Willow this winter.

Iditarod officials said Lanier was denied entry for the 2020 race in part because of his performance in 2018, when he and fellow musher Scott Janssen had to be rescued while pinned down by bad weather along the Bering Sea coast.

But since then, Lanier has completed the 2019 Yukon Quest — where he was 24th out of 27 mushers — as well as the shorter qualifying races he finished this winter. In Bethel, Lanier’s team finished 19th out of 21 teams, while in Willow his team was 5th out of 32 finishers.

Iditarod rules say a rookie musher must run at least two 300-mile qualifying races before gaining entry to the 1,000-mile race from Willow to Nome. Lanier said he was told that as long as he qualified just like a first-time entrant, he’d be allowed to race.

On Tuesday, Iditarod spokesman Chas St. George said Lanier’s entry was contingent upon the musher receiving good reports from his qualifying races. That happened, St. George said, and the board voted unanimously last week to allow Lanier into the race.

“They wanted to make sure he was in a position to compete the race, and that’s the decision they made was they felt he could do it,” St. George said.

Lanier wasn’t happy about the situation, but he’s not much for complaining.

“I just took it on as a challenge,” said Lanier, who noted this year’s team might be his best ever.

The short notice has made for a hectic pre-race phase for the musher, who said he’s in the final stages of getting his dog food drops ready for the trail. Having to sign up late also cost Lanier an extra $4,000 — the difference between the early ($4,000) and late ($8,000) registration entry fees.

But now that he’s racing, Lanier is excited for the challenge and is looking forward to making another attempt at becoming the first musher to complete the race in six different decades.

“No looking back now,” he said.

While he’ll be the oldest musher in this year’s field, Lanier said he’s mushing this year in part to support a cause often championed by young people: climate change.

“It’s important for everybody, for our civilization, but it’s also important for the Iditarod because if things keep going the way they are, there won’t be any Iditarod,” he said.

Though there’s plenty of snow this year — it was snowing heavily at Iditarod headquarters in Wasilla on Tuesday, St. George said — the race has been plagued in recent years by climate-caused disruptions, and in 2017 officials moved the race start north to Fairbanks due to poor conditions in the Alaska Range.

Lanier said he plans to talk to anyone he can about the existential threat a warming climate presents to the race he’s been running for more than 40 years.

“Iditarod itself is threatened,” he said.

The Iditarod ceremonial start will be held Saturday, March 7, in Anchorage. The race restart is on Sunday, March 8, in Willow.

CORRECTION: A previous version of this story misstated the date of the Iditarod ceremonial start, the name of the Willow 300 and Lanier’s finishing position in that race.