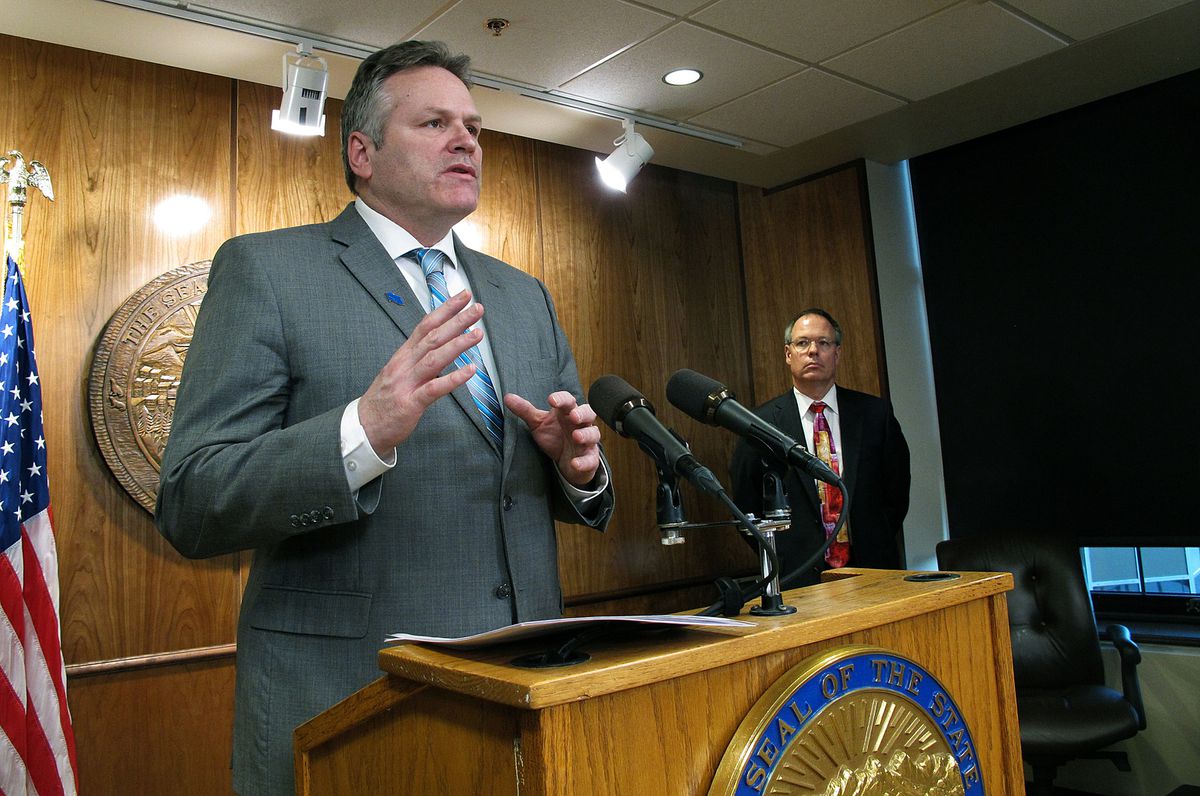 Administrative Order No. 309, issued Friday, rescinds seven orders issued by former Gov. Bill Walker, including one from Oct. 31, 2017, that established the state’s climate change strategy and the Climate Action for Alaska Leadership Team. That team drafted a climate change policy and formally submitted it to the governor’s office in September. The plan has not been implemented.

The governor’s office sent letters to the climate change team on Friday saying their work for the task force “has ended.” The state website for the team, including the draft strategy it created, has been removed. The developments were first reported by Alaska Public Media on Saturday.

“I was kind of surprised to get the letter because we had hoped that he would continue the work of this group,” said Molly McCammon, director of the Alaska Ocean Observing System and a member of the group.

Under the guidance of then-Lt. Gov. Byron Mallott, she said the group did a thorough job of analyzing the benefits and the challenges of climate change in Alaska, and while the state group hasn’t formally met since the September report, she said members of the group are proceeding in different ways to address the topic.

On his first day in office, Dunleavy said he doubted Alaska’s ability to influence climate change and preferred to focus on economic improvements.

“Alaska’s footprint in terms of being a contributor to pollution or however you want to word it is pretty small compared to other states in the U.S. So my focus has been trying to create jobs for our kids and grandkids so they don’t have to leave the state,” he told the Daily News on Dec. 4.

When that order was issued in December 2014, Walker was reacting to sharply lower oil prices and said his decision was required by the state’s fiscal circumstances. The governor subsequently allowed work on Ambler Road, the Kodiak Launch Complex, Juneau Access and the stand-alone pipeline project to continue, but the Susitna Dam and Knik Arm projects remained moribund.

In 2016, Walker said, “Given the state’s current economic climate, pursuing these two projects does not make sense.”

During his campaign for office and immediately afterward, Dunleavy said he would reconsider the Knik Arm project, which would connect Anchorage and Point MacKenzie by bridge.

“It’s going to have to fit into the fiscal realities that we’re dealing with. The project is not dead. It’s something we’re going to continue to study and take a look at,” Dunleavy said on the day he named John MacKinnon his commissioner for the Department of Transportation and Public Facilities.

Another transportation project doesn’t fare well in Friday’s order: A task force intended to come up with railroad commuter options between Anchorage and the Matanuska-Susitna Borough has been disbanded. During his campaign for governor, Dunleavy said he was opposed to the project and said he would de-fund it even though it had never been funded by the Legislature.

Dunleavy press secretary Matt Shuckerow wrote by email, “For various reasons these AOs are no longer needed: They are no longer relevant, have fulfilled their intended purpose, are not aligned with the governor’s policy direction, and/or appear to have been made primarily for political or public relations purposes.”

He added, “No governor should be tied to a previous administration’s work product or political agenda, and nobody should be surprised to see Gov. Dunleavy make this decision.”