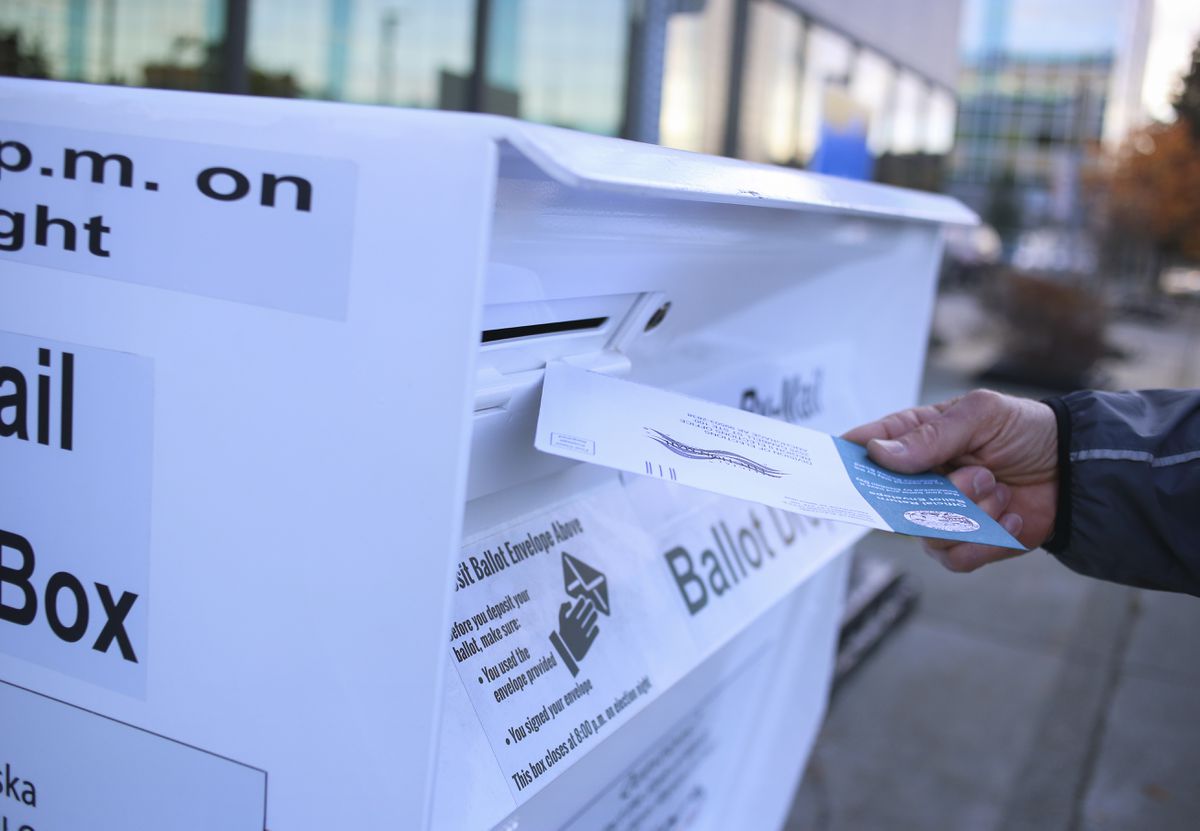 A state judge ruled Thursday that the Alaska Division of Elections has no obligation under current law to let voters know before Election Day whether they’ve made a disqualifying mistake while filling out an absentee ballot.

The Alaska Supreme Court confirmed this week that absentee voters do not need to have someone co-sign their ballot, but other requirements remain.

Two progressive groups and a Sitka resident had asked Anchorage Superior Court Judge Andrew Guidi for an order requiring elections officials to notify a voter if their absentee ballot was rejected for a signature error, a mistake in ballot dating or a failure to provide identifying information.

“If a voter fails to follow one of those requirements, it’s the voter who disenfranchises him or herself, not the state,” Guidi said Thursday.

By 8 a.m. Wednesday, the Alaska Division of Elections had marked 86 ballots for possible rejection.

Hundreds more may be identified in the coming weeks as Alaskans vote in record numbers by mail. Almost 115,000 Alaskans had applied for absentee ballots by Wednesday morning, and 17,453 completed ballots had been turned in by that date.

In this year’s primary election, slightly under 3% of returned ballots were rejected, according to Division of Elections figures. Roughly a third of those rejections were due to problems with the now-suspended ballot witness rule.

Final decisions on what ballots to reject or accept for the general election will not be made until at least Oct. 27, when the state’s absentee ballot count review board begins meeting.

There is currently no way for absentee voters to tell before Election Day whether their ballot has been accepted or rejected. The state’s online tracking system says only whether a ballot has been “received."

State law requires the voters of rejected ballots be notified after the election is certified.

They asked Guidi for an order that would create a system like that used by the Municipality of Anchorage and City and Borough of Juneau. Both cities conduct their elections by mail and inform voters if there’s a problem with the signature on their ballot.

In 2018, the Municipality Anchorage sent 779 “opportunity to cure” letters to voters. More than 500 of those voters did correct their ballots, and their votes were counted.

Guidi agreed with that interpretation, saying that the decision to notify voters only after the election is a policy decision imposed by the Alaska Legislature.

He said the state’s rules for absentee ballots — that voters must sign and date the ballot and provide identifying information — are “fair and have a legitimate basis” in law.

Cases similar to the one heard Thursday are being fought in federal and state courts across the country, mostly by progressive groups. Nationwide and in Alaska, Democrats and Democratic-leaning independents are much more likely to vote absentee this year because of the COVID-19 pandemic. That gives progressives more incentive to ensure that as many absentee ballots as possible are counted.

Feldis said after Thursday’s hearing that his clients have not yet determined whether they want the Alaska Supreme Court to review Guidi’s decision. In two prior elections cases this year, the Supreme Court has upheld the lower court’s judgment.