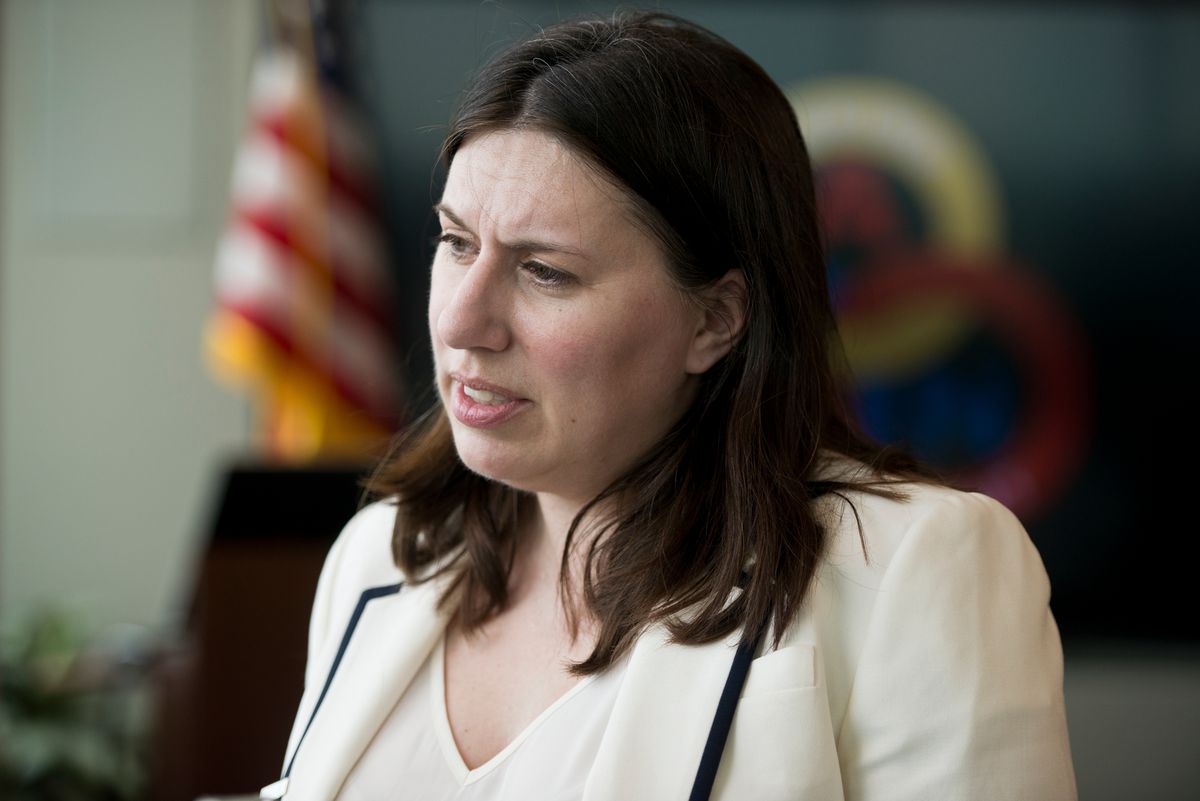 A former longtime attorney with the Native American Rights Fund in Alaska and a citizen of Oklahoma’s Chickasaw Nation has taken a leadership position in President Joe Biden’s Interior Department, the agency said in a statement Wednesday.

Natalie Landreth will serve as deputy solicitor for land, a position that could place her in the middle of major legal questions involving natural resource development and land protections in Alaska and nationally, said Heather Kendall-Miller, a retired senior staff attorney with NARF who has worked in Alaska with Landreth and remains involved with the organization.

Landreth worked for 17 years at the legal group, representing tribes and Native Americans in treaty rights, public lands, aboriginal rights and administrative and environmental laws, according to the statement from Interior. She received her undergraduate degree from Harvard and is a citizen of the Chickasaw Nation of Oklahoma and a descendant of survivors of the Trail of Tears, the Interior statement said.

Landreth could not immediately be reached for comment on Wednesday.

Rebecca Logan, CEO of the Alaska Support Industry Alliance, said it’s good to see an Alaskan in a top position in a presidential administration. But she might pose a challenge for resource development projects in Alaska, Logan said.

Last fall, Landreth represented plaintiffs in a case that succeeded in pausing a state law that requires absentee voters to have a second person sign their ballot during the 2020 general election.

The Interior statement said Landreth and other new selections will serve as key members of agency leadership helping Biden to address major challenges that include racial equity and climate change.

“With today’s announcement, President Biden is delivering on his commitment to build teams that exude talent and experience, and look like America,” said Jennifer Van der Heide, incoming chief of staff at Interior. “We look forward to working with the dedicated civil servants at the department to fulfill Interior’s missions, advance President Biden’s vision to honor our nation-to-nation relationship with Tribes and uphold the trust and treaty responsibilities to them, address the climate and nature crises, and build a clean energy future that creates good-paying jobs and powers our nation.”

Sixty percent of the land in Alaska is owned and managed by the federal government, so Landreth will likely be involved in legal questions affecting multiple areas of the state, Kendall-Miller said.

“It was in part her work at NARF that helped get the Bears Ears (National) Monument set aside,” in Utah, Kendall-Miller said.

Landreth was also involved in legal efforts to halt the Keystone XL Pipeline, Kendall-Miller said. Biden has revoked federal permission for the pipeline, reversing a 2017 order by Trump to advance it.

“She has been intimately involved in trying to establish these unique designations for public lands that have great significance to Native Americans,” Kendall-Miller said. “I think she will be a very strong leader and director in that capacity.”

In Alaska, Landreth had been working on voting rights issues affecting Alaska Natives, Kendall-Miller said. She also worked on efforts to protect the Bering Strait region, led by Alaska Native elders from the region, from increasing marine activity as sea ice melts.

Biden on his first day in office, among other actions, reinstated withdrawals of offshore waters in the the Northern Bering Sea Climate Resilience Area, Obama-era protections that had been rolled back under Trump.