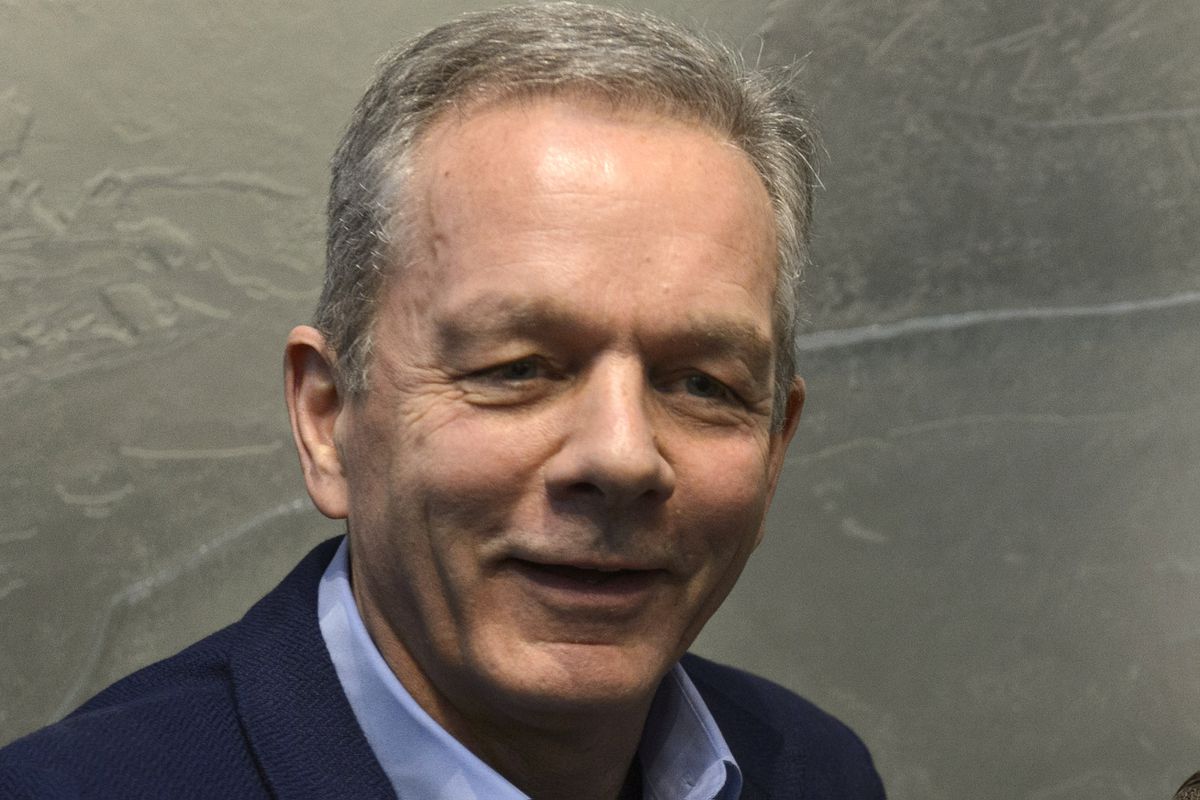 Stevens will become vice president of external affairs and transportation at ConocoPhillips Alaska, the announcement said. The company is the largest oil producer in Alaska.

ConocoPhillips Alaska spokeswoman Natalie Lowman said Stevens will start his new job Monday. It wasn’t immediately clear when his last day at work in the governor’s office would be.

“Ben’s job responsibilities will include government relations, village outreach, community investment, media and advertising, and management of ConocoPhillips Alaska’s pipeline business including its interest in (the trans-Alaska pipeline). We welcome Ben to ConocoPhillips Alaska and believe he will be a valuable addition to the Alaska business unit leadership team,” she said by email.

Lt. Gov. Kevin Meyer, a former ConocoPhillips employee, said the change was a surprise to him — he learned about it in an all-staff meeting at 9 a.m. Wednesday — but he thinks the switch is “a good match” for both the company and Stevens, who will be replacing Scott Jepsen.

“He may not have the technical background as an engineer, but he’ll learn it quickly. And he’s certainly got so much experience in state and federal government. So yeah, it is good for both of them. And I wish him the best,” Meyer said.

Sen. Bill Wielechowski, D-Anchorage, said Stevens’ departure for a job with ConocoPhillips appears to violate the spirit of a law passed in 2007 that requires state officials to undergo at least a year of “cooling off” before taking a position where they might be negotiating against the state.

Before passage of the 2007 law, it was much more common for administration officials to switch to lobbying roles rapidly.

“The spirit of these laws in this state and in every other state of the country … is to prevent revolving doors, where people in high policy positions with many personal connections, high-level connections, are able to go out and get high-paying positions where they come back and lobby organizations where they previously worked,” Wielechowski said.

State law allows for the cooling-off period to be waived, but Wielechowski said he asked Attorney General-designee Treg Taylor about a waiver, and Taylor wasn’t aware of one.

Stevens didn’t respond to texts and calls on Wednesday.

Lowman said Stevens will not be lobbying but will have lobbyists reporting to him. She said the company is aware of the relevant state laws.

“We will of course comply with all applicable laws and Mr. Stevens will not be working on or involved in any matter that might present a conflict of interest,” she said.

Stevens will be replaced on an acting basis by Deputy Chief of Staff Randy Ruaro, the governor’s office said. Ruaro is a former aide to Sen. Bert Stedman, R-Sitka, who said he would gladly re-hire Ruaro if given a chance.

Stevens has worked in the Dunleavy administration since December 2018. First working as a policy adviser, he became the governor’s top aide in July 2019, replacing Tuckerman Babcock.

Sen. Gary Stevens, R-Kodiak, was among the lawmakers who praised Stevens and said he will be missed.

“He knew the building, he knew the Legislature, and he knew how to get things done,” Stevens said of the departing chief of staff. (Gary Stevens and Ben Stevens are unrelated.)

Under Stevens’ tenure, the governor’s administration shifted: Its proposed budgets lack the steep cuts that prompted the creation of a recall campaign against the governor. Office of Management and Budget director Donna Arduin was replaced, and the state’s revenue commissioner also left the administration.

During a texting scandal that led to the resignation of Attorney General Kevin Clarkson, Stevens advised a state employee to keep quiet about the issue.

A former president of the Alaska Senate, Stevens left office following the Veco scandal. He was never accused of a crime, but he collected more than $240,000 in consulting fees from Veco for unspecified work during his six years in the Senate, and during a 2007 trial, a Veco vice president testified that he had bribed Stevens and another senator.

Before joining the Dunleavy administration, Stevens held a variety of roles in private industry, including president of Cook Inlet Tug and Barge.