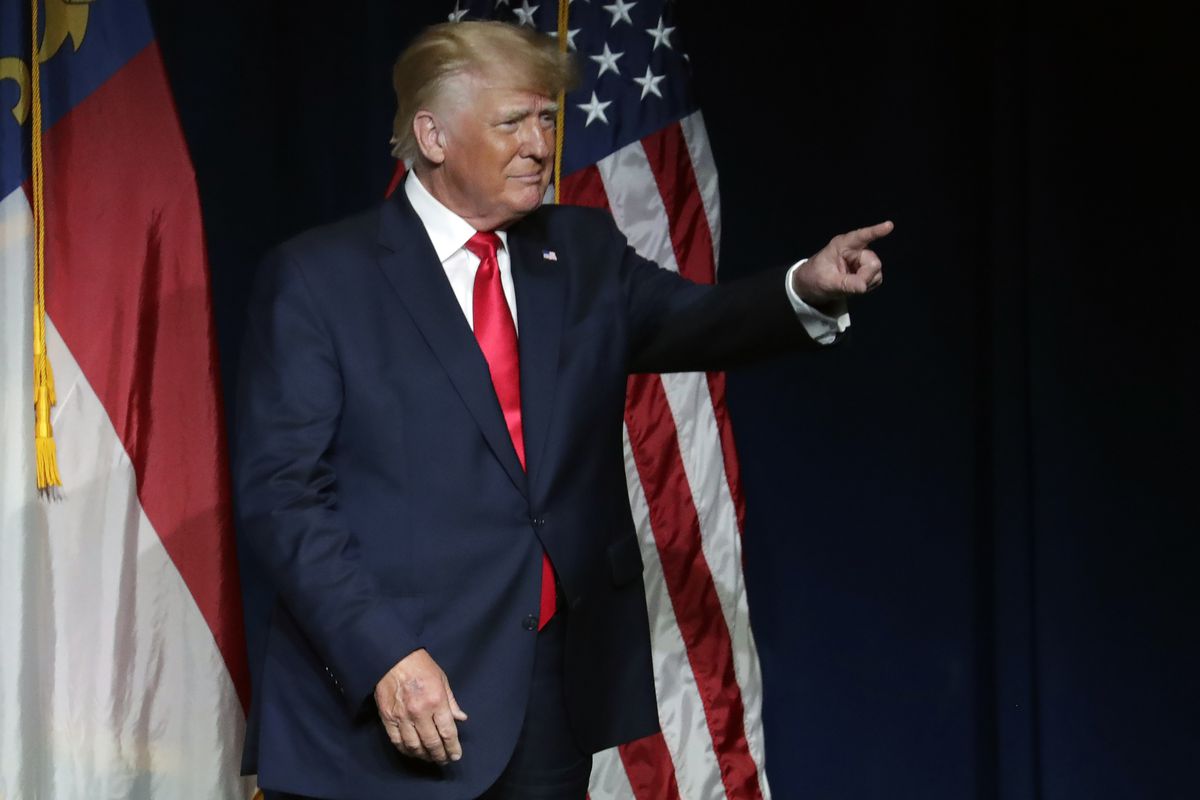 Former President Donald Trump on Friday endorsed Republican Kelly Tshibaka in the 2022 Alaska race for U.S. Senate, calling Tshibaka “MAGA all the way” and indicating he will visit the state to campaign for her.

“I look forward to campaigning in Alaska for Kelly Tshibaka,” Trump said in an emailed statement sent via Save America, a leadership PAC created by the former president. “She has my Complete and Total Endorsement!

In the statement, Trump continued his criticism of current Alaska Republican Sen. Lisa Murkowski, calling her “bad for Alaska.”

Tshibaka, the former commissioner of the Alaska Department of Administration under Gov. Mike Dunleavy, announced her run for Murkowski’s seat in March. It will be the first U.S. Senate race in Alaska held under the state’s new ranked-choice voting system, which political observers have said could work in Murkowski’s favor.

In a tweet, Tshibaka said she was “honored and grateful” to have Trump’s endorsement.

The New York Times on Friday reported Tshibaka met with the former president two weeks ago at Trump Tower.

Murkowski has drawn Trump’s ire on multiple occasions, voting to convict him for “incitement of insurrection” in his impeachment over the January 6 riot at the U.S. Capitol.

Under Haaland, the Interior department recently suspended oil and gas leases in the refuge issued late in Trump’s presidency.

Trump said Murkowski’s vote to confirm Haaland “was a vote to kill long sought for, and approved, ANWR, and Alaska jobs.”

Murkowski has not yet officially announced a campaign for reelection. A spokeswoman for Murkowski said she was unable to provide comment due to her status as a U.S. Senate employee.