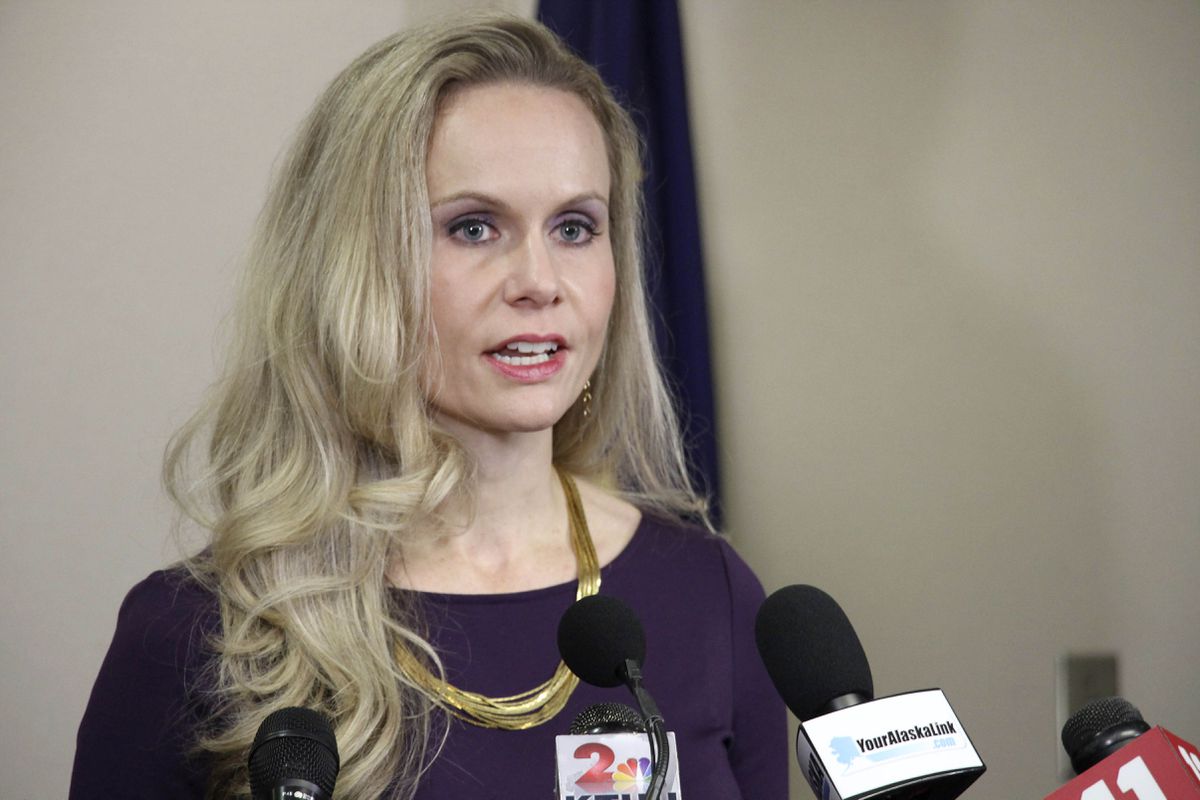 The committee approved Tshibaka’s endorsement in a 58-17 vote during a meeting in Fairbanks.

In a statement, Tshibaka said she will uphold conservative ideals and be a senator who Alaskans “can depend to make every decision based on what is best for our great state.”

Tshibaka announced on March 29 that she would run for the Senate seat held by Murkowski, who has been in office since 2002 and is widely viewed as a moderate. Two weeks earlier, the Republican State Central Committee voted 53-17 to censure Murkowski, citing her vote to impeach former President Donald Trump and other votes that have broken with GOP leadership. Alaska Republican Party leaders said at the time that they would recruit someone to run against her.

Murkowski said in a statement to the Daily News that she has fought for Alaskan values in the U.S. Senate and will continue to do so.

She has not yet filed for re-election, a spokesperson for Murkowski said.

“Alaskan voters will decide who represents them in DC and I work every day to earn their support,” Murkowski said in the statement.

Tshibaka was the Alaska Department of Administration commissioner under Gov. Mike Dunleavy for just over two years before she resigned from the position to run for U.S. Senate.

Trump endorsed Tshibaka last month, calling her “MAGA all the way.” Trump said in a statement at the time that he would campaign for Tshibaka in Alaska.

“We now move forward with a united front, determined to defend Alaska from the continued onslaught of the radical Biden administration,” Tshibaka said in the statement Saturday. “It is time for conservative leaders, with courage and common sense, to rise together across the nation.”

Murkowski has seen stiff competition at the ballot box before: In 2010, she experienced a surprise loss to Joe Miller in the Republican primary, but she prevailed in the November general election as a write-in candidate — the first senator to do so in over 50 years.

One complicating factor in the 2022 election is Alaska’s new ranked-choice voting system, poised for implementation under a voter-approved initiative that is being challenged in court. Under the new system, which would end party primaries in Alaska, the top four vote-getters in an open primary advance to the November general election regardless of party affiliation. That opens up the possibility of having multiple candidates from the same party on the general election ballot.