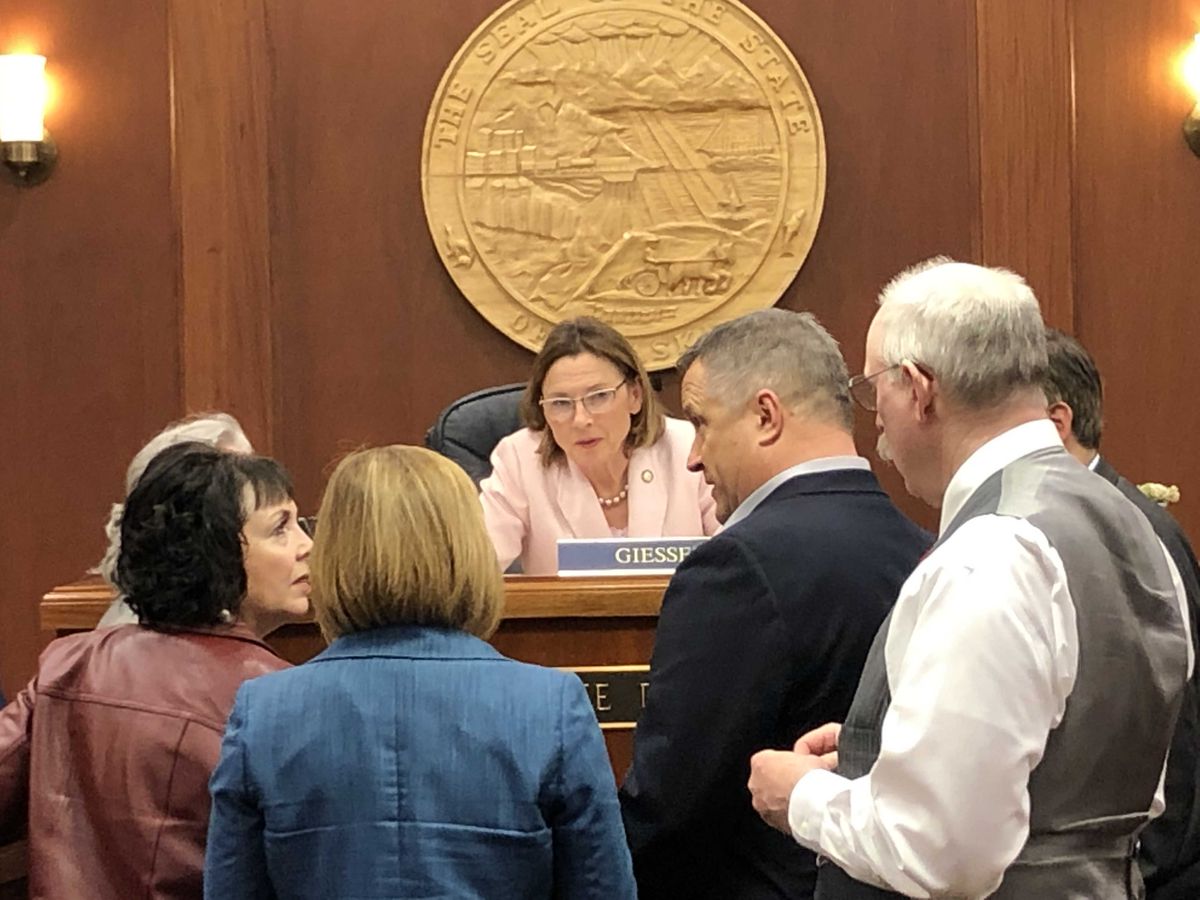 “Right now, it looks like the Legislature is on course not to finish business, not to complete major items,” Dunleavy said in a press conference about 5:30 p.m. Wednesday.

“As a result, we’re preparing for a special session that we will formally, through a proclamation, announce later this afternoon or this evening,” he said.

That proclamation was read on the House floor about 11:45 p.m. and called lawmakers into special session starting at 10 a.m. Thursday. A meeting on criminal justice legislation has been tentatively scheduled for 11 a.m.

The governor had considered holding the session in the Matanuska-Susitna Borough instead of Juneau, but decided against that approach.

“There is a lot of interest to have this up in the Mat-Su Valley, and we’re seriously considering that. We’re looking at some logistics,” he said before the final decision.

Wednesday was the 121st day since the 31st Alaska Legislature convened in January, and according to the Alaska Constitution, the regular session expired at 11:59 p.m.

The state budget is the only work the Legislature is constitutionally required to do, but Dunleavy and lawmakers have also said they want to pass sweeping criminal justice legislation before adjournment. With the regular session at its limit, lawmakers need to extend the schedule.

Lawmakers could have extended the regular session for 10 days, but doing so requires two-thirds of the House and two-thirds of the Senate to agree, and the 15-member Republican House minority was not willing to extend.

Rep. Sara Rasmussen, R-Anchorage, said earlier this week that she hopes a special session will allow lawmakers to limit their agenda and concentrate on crime and a handful of other subjects. An extension would have allowed legislators to take up any subject.

The governor proposed four anti-crime bills at the start of the legislative session as part of a “war on criminals” declared in his State of the State address. Three of those bills were written to repeal the 2016 criminal justice reform legislation known as Senate Bill 91. The fourth was intended to strengthen the state’s sex-crime laws.

The Senate spent months considering the governor’s proposals; the House did not. Instead, the House combined elements of the governor’s bills — and some new concepts — into House Bill 49, a single lengthy piece of legislation.

That bill passed the House and advanced to the Senate, which rewrote it to more closely follow the governor’s original proposal. In the process, HB 49 grew from 73 pages to 96 pages, and the House voted against accepting the Senate changes, citing a lack of time to review the changes.

That disagreement has caused House and Senate to appoint negotiators for a possible compromise.

On the state operating budget, House and Senate have nearly finished the compromise process after approving different state spending plans earlier this year. On Tuesday night, budget negotiators resolved all but two items: one dealing with federal proceeds from a guided hunting program, and the Permanent Fund dividend.

Though lawmakers are not close to agreement on the amount of this year’s dividend, there had been talks to split the dividend from the rest of the budget. On Wednesday, Dunleavy nixed that idea, saying he proposed dividend legislation separate from the budget at the start of the legislative session but saw no progress.

In addition to the dividend, the governor has asked lawmakers to resolve a dispute over education funding. Lawmakers approved K-12 education funding for 2020 in legislation last year. Dunleavy contends that funding schools so far in advance is illegal. The leaders of the House and Senate disagree and have not indicated any willingness to change.

If lawmakers do not approve a state operating budget by July 1, state government could shut down for lack of operating funds. Unionized state employees would receive layoff warnings June 1 if a budget is not complete by then. For lawmakers, the effects will be more immediate: Under legislation passed last year, lawmakers will not receive per diem expense payments for housing and food until they pass a budget.

In a noncommittal statement issued after the governor’s press conference, Speaker of the House Bryce Edgmon, I-Dillingham, wrote that the coalition House majority is “committed to continuing our work.”

Edgmon declined to speak with reporters after adjournment Wednesday night, saying he would speak Thursday morning.

House Minority Leader Lance Pruitt, R-Anchorage, said in an interview that if the House majority had done that work, the governor wouldn’t have had to call a special session.

“We could’ve solved all of this if the majority had decided the majority actually wanted to do work,” he said.

Pruitt was enthusiastic about the idea of a special session in the Mat-Su, saying that lawmakers can get trapped in what he calls “the Juneau bubble.”

“They tell each other that they look good and they’re really smart, and so sometimes they need to get back out to the public, where the public can tell them they’re still as ugly and dumb as they were before,” Pruitt said of members of the House majority.