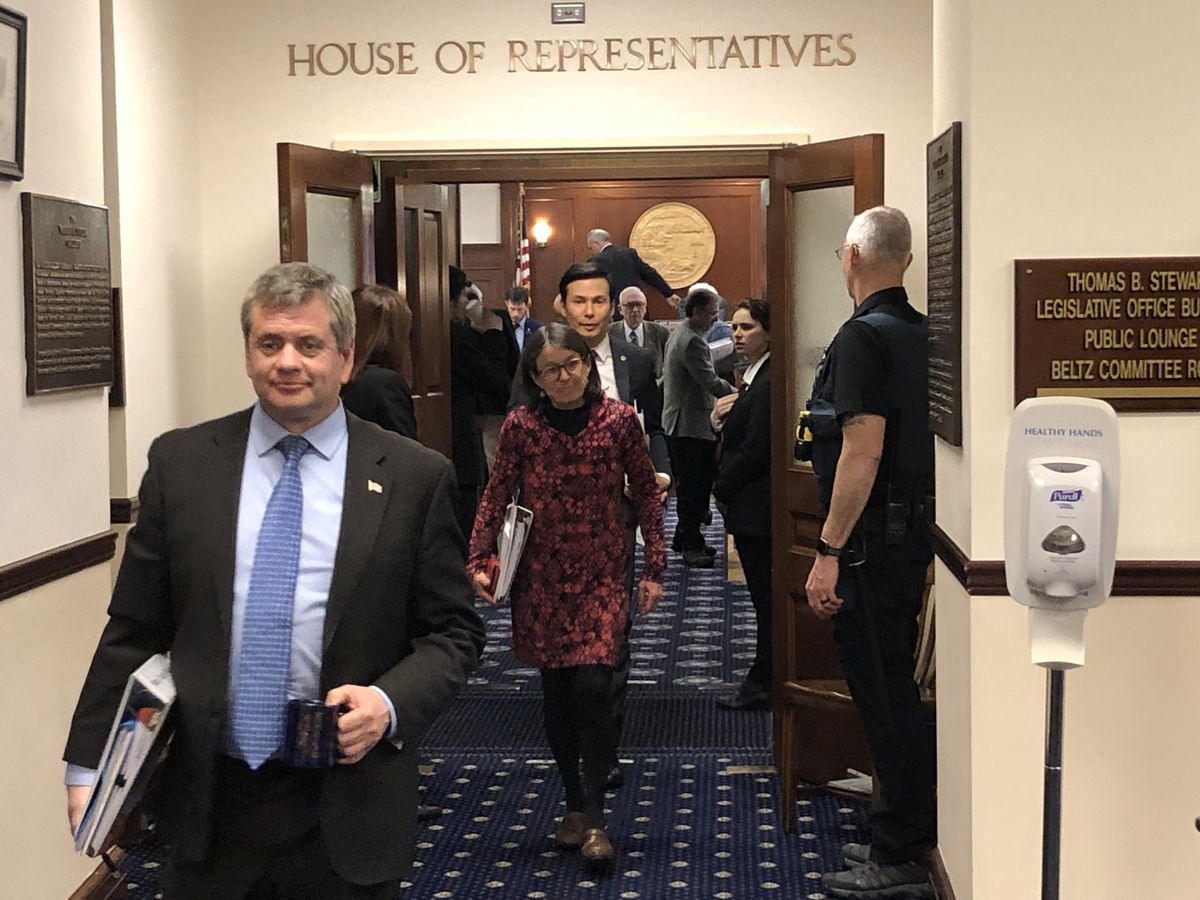 JUNEAU — An attempt by members of the Alaska House of Representatives to speed the pace of legislation failed to garner the needed votes Monday, meaning no immediate shortcut for budget work or any coronavirus-response legislation.

The Legislature has not yet crafted such legislation.

“We are facing some turbulent waters, and we need a process that is expedient,” said Rep. Chuck Kopp, R-Anchorage, urging the House to approve a resolution that would allow legislative committees to schedule hearings with one day’s notice.

The switch to the “24-hour rule,” as it is known, normally happens each year after both the House and Senate approve drafts of the state operating budget. This year, the House majority sought to activate it ahead of schedule.

Twenty-seven votes were required, but the majority needed the help of the minority to reach that hurdle. On Monday, the minority balked. The majority’s proposal was not limited to budget items or bills related to coronavirus response.

“This blanket 24-hour really makes no sense,” said House Minority Leader Lance Pruitt, R-Anchorage, who suggested that the real purpose of the move was to allow the majority to more easily advance unrelated legislation.

“There’s priority legislation to individuals that I think they would like to fast-track and get out of here,” he said.

Kopp indicated that was the case, mentioning that the House majority would like to advance pioneers’ home legislation and a bill dealing with village public safety officers. Neither is directly related to the coronavirus pandemic.

Without the needed support, the House majority declined to force a vote, though a second attempt was scheduled for Tuesday morning.

With Anchorage restaurants ordered closed, cruise-ship tourism all but shut down and the oil industry suffering, lawmakers are beginning to address the scope of the economic problems facing the state.

Rep. Ivy Spohnholz, D-Anchorage, is seeking to relax restrictions on unemployment payments. She said she will seek to draft legislation on behalf of the entire House Labor and Commerce Committee.

Kopp said the Alaska Industrial Development and Export Authority could somehow offer bridge loans to small businesses in need but was unable to offer details.

Speaker of the House Bryce Edgmon, I-Dillingham, said he has not yet met with Gov. Mike Dunleavy to discuss economic response measures. In a letter Monday afternoon, he requested that meeting.

“You’ll be hearing more over the next several days as to what we’re doing,” Dunleavy said in a conversation with reporters Monday afternoon.