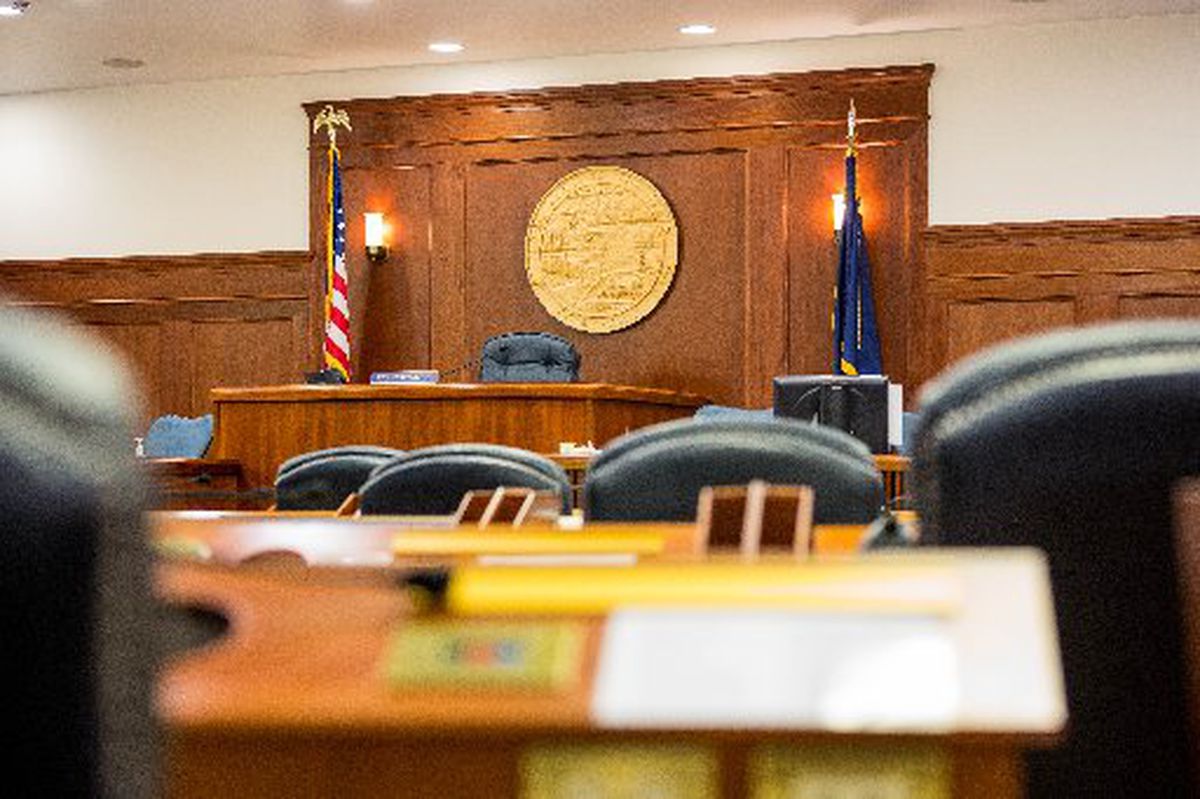 The Alaska House of Representatives chamber at the State Capitol in Juneau. (Loren Holmes / ADN archive)

The Alaska House of Representatives chamber at the State Capitol in Juneau. (Loren Holmes / ADN archive)

Republicans are likely to hold a majority of the Alaska Legislature’s 60 seats after Tuesday’s election, but many lawmakers say victories at the ballot box will not guarantee Republican control of the state House and state Senate.

Combined, those changes make it less likely that the existing House coalition will survive past Nov. 4.

But Republicans are still divided by impending budget decisions and a dispute over legislative rules. Unless they can resolve those divides, control of the House, Senate — or even both — could fall to coalition majorities that also include independents and Democrats.

Last week, the national Cook Political Report listed both the House and Senate as “lean Republican,” only one step above “tossup.”

“We have our moderates and then we have our far-right and our far-left, and none of those groups add up to 21,” said Rep. Louise Stutes, R-Kodiak and the most moderate Republican expected to win re-election.

At the opposite end of the Republican Party from Stutes is Rep. David Eastman, R-Wasilla.

Eastman is expected to win reelection by a large margin, but he thinks there’s only a “52%” chance that a pure Republican majority will control the House after the election.

“Ask me tomorrow and you might get a different answer,” he said.

A look at the House

Eastman said he hasn’t seen any sign that Republican leaders have resolved an ongoing dispute over the “binding caucus,” a set of voluntary rules that require members of a majority to vote together on specific items, including the budget.

Eastman and other lawmakers are opposed to the binding caucus and would have problems joining any Republican organization that requires it.

“The binding caucus culture is still the king of town,” he said.

“I’m pretty confident in our ability to have a Republican organization,” he said.

He can’t say what that organization will look like until after the election — his own seat, among others, is being closely contested.

There are 23 Republicans in the House right now, and almost all have firmly stated their support for a Republican-first majority.

A status quo election next week — or a situation where the Republicans gain one or two seats — would make organization much easier, Pruitt and others said. With a solid majority, whoever is in charge wouldn’t have to worry as much about satisfying members at the party’s edges. They could simply cater to the middle and have the 21 votes they need to pass legislation and craft a budget.

If Republicans lose seats, it becomes much harder, Pruitt said, particularly if there’s only a bare-minimum 21 Republicans.

Every member would have to show up for every vote. Simple sickness could stall the majority’s work, and if any one member is unhappy with an idea, it can’t advance without some minority support.

The 20-person Alaska Senate has been Republican-controlled since 2013. Entering Election Day, there are 13 Republican senators and 7 Democratic ones, but the primary-election losses of incumbent Sen. John Coghill, R-Fairbanks, and Senate President Cathy Giessel, R-Anchorage, have Democrats hopeful they can flip one or two seats.

If that happens, Republicans would still have a majority. Any coalition government would require the support of two or more of the Senate’s moderate Republicans — Sens. Natasha von Imhof of Anchorage; Gary Stevens of Kodiak; Bert Stedman of Sitka and Click Bishop of Fairbanks.

Each of the four declined to say whether he or she is willing to join a coalition. All said it’s too early to make that decision, and Stevens said after the election, the first step will be to bring all the Republicans together into a room to see if they can negotiate an arrangement that works for them.

That could be difficult. Republican Sens. Mike Shower of Wasilla, Lora Reinbold of Eagle River and Shelley Hughes of Palmer are each opposed to the binding caucus.

Stedman and Bishop have said they won’t join a majority without binding caucus rules. They see them as critical for organization and negotiation on the budget.

“I’ve made it very clear to my constituents: We are going to have a binding caucus,” Stedman said.

Stedman, Bishop, von Imhof and Stevens have all voted at various times for smaller Permanent Fund dividends. Would a pro-PFD Democrat like Anchorage Sen. Bill Wielechowski have problems in a coalition with them?

“Not at all," Wielechowski said. “I was in a bipartisan majority for six years. That’s the best government you get — when you put aside your partisan differences and work together.”

“It makes a huge difference,” he said.

“He’s not incorrect,” he said.