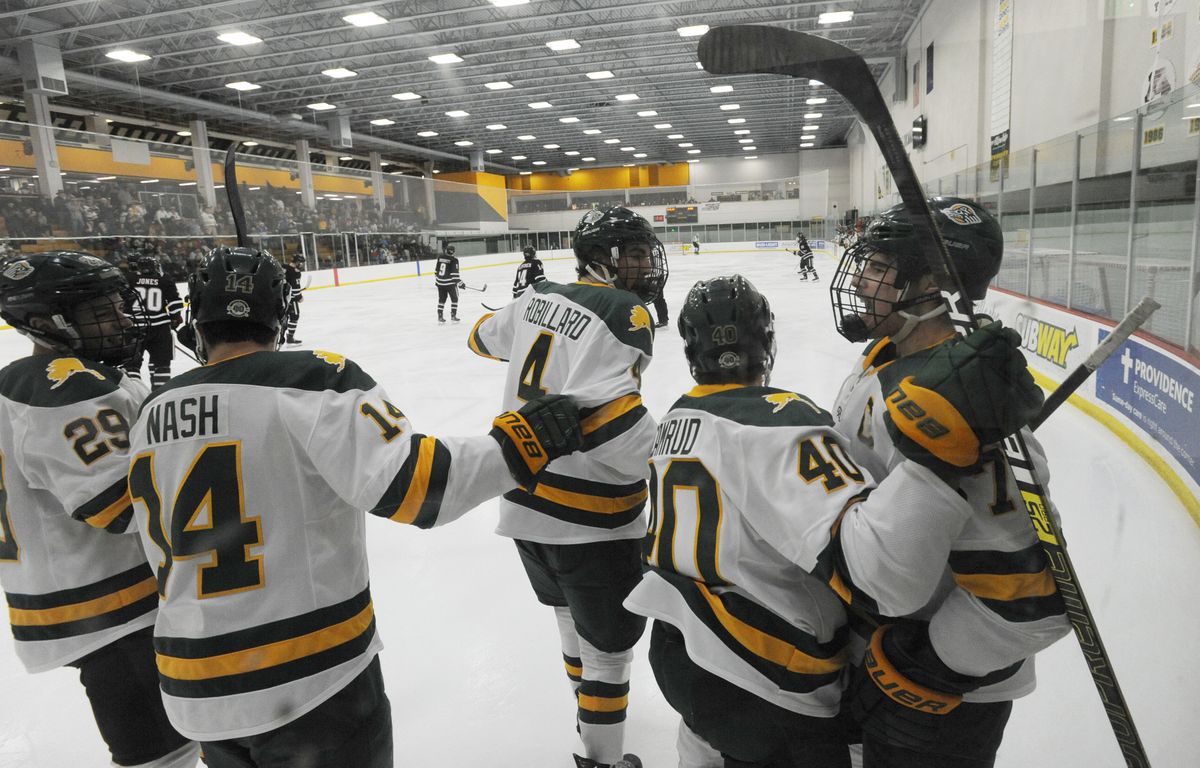 The University of Alaska Anchorage plans to cut hockey and three other sports as it continues to contend with sharp reductions in state funding, the school announced Wednesday.

The decision to eliminate men’s hockey, men’s and women’s skiing and women’s gymnastics will require approval from the University of Alaska Board of Regents, which is set to meet Sept. 10-11.

The teams would be eliminated in the 2021-22 school year, UAA chancellor Cathy Sandeen said. The cuts would save about $2.5 million a year.

“This is just another example of what it looks like to have a smaller university,” Sandeen said during an afternoon conference call.

Sandeen said UAA still needs to cut $7 million to $8 million to satisfy its part of a budget compact the University of Alaska made with Gov. Mike Dunleavy a year ago.

The compact was reached after Dunleavy last year vetoed $130 million in state funding for the University of Alaska; the deal replaced that one-year cut with $70 million in cuts spread over three years. Of that $70 million, about $27 million must be cut by UAA, according to a university spokeswoman.

UAA’s athletic budget for the 2019-20 school year was $9.3 million. Athletic director Greg Myford said the department has reduced operating expenses by about $1 million, “and that was not nearly enough.”

The only thing left to cut, he said, was teams.

“I’m planning to get back in the ring and fight like hell,” said UAA ski coach Sparky Anderson, whose program was targeted for elimination in 2016 but survived after strong community backlash.

UAA currently offers 13 intercollegiate sports. If the regents approve the cuts, that number would drop to nine, putting the school below the NCAA’s minimum requirement of 10.

Myford said UAA would have to add another sport in order to meet that requirement — and it would have to be a men’s team sport, he said during a Wednesday conference call.

Among the sports that might replace hockey are soccer, lacrosse and volleyball. Each costs less than hockey, Myford said. He noted that a majority of NCAA sports are considered individual sports rather than team sports, including wrestling.

Depending on what men’s sport UAA might choose, the school may have to add another women’s sport to remain in compliance with Title IX gender equity laws, Myford said.

UAA currently has about 175 student-athletes, including 55 who would be affected by the cuts — a number that does not include athletes who will be seniors in 2020-21. Seven coaches and two staff members would also be cut, Myford said.

The proposed cuts come as UAA continues to contend with massive reductions in state funding as well as with COVID-19.

Most fall semester classes will be held online and on-campus living has been reduced to 25% of capacity because of the virus, Sandeen said recently.

Athletic competitions at UAA and the University of Alaska Fairbanks have been postponed until at least Nov. 30 because of the pandemic. Both schools followed the lead of the Great Northwest Athletic Conference, which last month said it was suspending all sports until at least the end of November.

The nine UAA teams not on the chopping block are Division II teams that belong to the GNAC. Hockey and gymnastics are Division I sports and skiing is an all-division sport, and each competes in a conference other than the GNAC. UAA sports information director Ian Marks said UAA’s Division I sports will abide by the same policy as the GNAC teams and not compete until Nov. 30 or later.

For the UAA hockey team, Wednesday’s news was the latest in a series of blows — including the prospect of no season this year because of COVID-19.

“I think that right now, given the climate of college athletics, it will be difficult to have a season at the NCAA level,” UAA coach Matt Curley said Wednesday by text. “However, I am hopeful that things do progress for all players, especially ours, and (they have) a chance to play in some capacity this season.”

The Seawolves belong to the Western Collegiate Hockey Association, which itself is clinging to life — at the end of the 2020-21 season, every school but UAA, UAF and Alabama-Huntsville is leaving to create a new league.

The program has declined sharply from its heyday in the 1980s and early 1990s, when the Seawolves routinely won games and packed Sullivan Arena with thousands of fans. But UAA hasn’t had a winning season since 2013-14, and when it moved games to its small on-campus rink to save money last year, it seldom filled the 750-seat facility. UAA averaged 685 spectators a game to rank 58th in attendance among the nation’s 60 NCAA Division I hockey teams.

Hockey is UAA’s most expensive sport and represents about half of the annual $2.5 million in savings the proposed cuts would bring, Sandeen said.

Asked if hockey or the other sports targeted for elimination could survive by paying their own way, she was doubtful.

Ticket sales, private donations and other external revenue totaled about $1 million for UAA athletics last year — not enough to save and sustain the programs proposed for elimination, Sandeen said.

Public comments will be taken Aug. 26 by UAA at a virtual town hall meeting and Aug. 31 by the Board of Regents. Feedback can also be sent to uaa_feedback@alaska.edu.