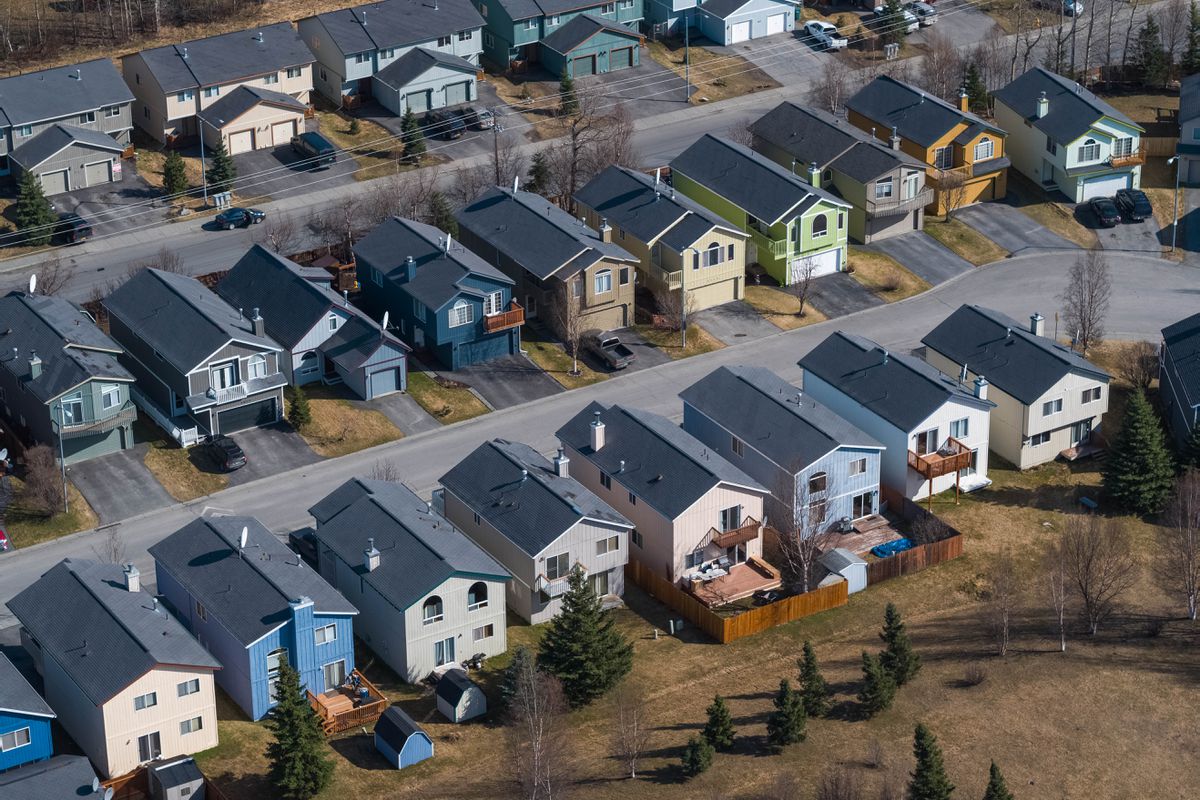 For months, experts have warned that the economic impact of COVID-19 could lead to an “eviction tsunami.” But so far, eviction actions in the Alaska court system have stayed relatively low.

But landlords and aid organizations say eviction numbers aren’t telling the full story: As the pandemic drags on, many Alaskans are struggling to make rent.

Officials say previous government eviction protections during the pandemic, which ended in recent weeks, helped stave off a wave of people losing their homes.

Another reason Alaska isn’t seeing more evictions is that landlords are taking unusual steps to keep tenants, they say. Also, rental and mortgage assistance provided by agencies such as the United Way of Anchorage is helping keep people housed, though demand for aid is spiking, said Michele Brown, president of the nonprofit.

“We are seeing heavy demand,” Brown said. “People we are providing rental assistance to are saying they are fearful of becoming homeless.”

The group is helping distribute millions of dollars in rental and mortgage assistance provided by the Municipality of Anchorage, using federal funding under the CARES Act.

The municipality’s recently ended “four-week reset,” which closed indoor service at restaurants and shut down bars except for delivery and takeout, contributed to increased demand for the aid as more people lost work, Brown said.

The Centers for Disease Control and Prevention this week announced new protections to limit evictions.

The new federal order will help protect many renters whose income has been reduced during the pandemic through the end of the year, Brown said.

“It’s a nice stopgap for the people that will qualify,” she said.

The agency is expected to publish guidelines in the Federal Register on Friday, launching the expanded program, said Mara Rabinowitz, a spokeswoman with the Alaska court system.

Judges will take into account the new guidelines when someone files an eviction action, Rabinowitz said.

The court system is working to update its online list of frequently asked questions about COVID-19′s impact on the court system to add information about the changes, she said.

Eviction actions statewide have risen in recent weeks, but have remained below 45 cases per week through late August, according to data provided by Rabinowitz.

That’s slightly fewer than the number of cases recorded in the first two weeks of March, before pandemic restrictions on businesses led to widespread layoffs and furloughs.

Close to 50,000 people in Alaska have collected jobless benefits in recent weeks. Monthly unemployment rates have shot to record levels above 11%, according to state economists.

Amid the eviction restrictions, landlords in many cases have been taking extra steps to retain their tenants and avoid court actions, said Kassandra Taggart, an owner of Real Property Management Last Frontier, managing 550 units in Anchorage and elsewhere.

“A lot of landlords are saying, ’Oh great, another order, but it’s OK because I’ve already found a way to get through this,’” she said of the new CDC rules.

Landlords are negotiating payment plans with tenants and connecting them to agencies that offer rental and mortgage assistance, said Taggart, who runs the Landlord’s Almanac Club in Alaska with 2,500 members.

“One landlord said, ’We’ll pay you for a paint job,’ so they’re paying a tenant to work on their house,” she said.

The rental assistance has come in waves and has not reached everyone, she said. That has forced some tenants who can’t pay rent to rack up debts exceeding $10,000, she said.

The impact to landlords has varied, she said.

Apartment complexes that often serve lower-income Alaskans, with rent below $1,200 monthly, have seen a bigger impact, she said.

People in those units often work in the hard-hit hospitality and personal service industries, including bars, restaurants and hotels, she said. Many are struggling to cover rent, she said.

One landlord she knows has a 23% unpaid rental rate right now, she said. Another has a 0.5% unpaid rate.

“It all depends on the portfolio you have,” she said.

Brown said the United Way of Anchorage, in conjunction with Lutheran Social Services of Alaska, provides rental and mortgage assistance grants for up to $1,000 monthly, for a maximum of three months.

More than $2 million in total payments has already been provided, supporting about 1,500 households, she said.

More money is available, she said.

With the surge in demand, appointments for applicants are now generally backed up three weeks, she said. But sometimes people cancel, opening slots for others.

The wait has previously taken about 10 to 14 days.

“We are doing about 60 appointments a day,” an increase from July, she said.

“The job loss has affected everyone, but it’s disproportionately affecting people on the lower end of the wage scale,” she said.

Many applicants have never been in the position of seeking financial help from an agency, she said.

“We see folks who are embarrassed,” but this is not their fault, she said.

People who lost work in the hospitality industry represent the biggest percentage of applicants, she said.

“These people took the front-line hit to keep the rest of us safe and this assistance is a way of equalizing the impacts,” she said. “So it’s not a handout.”

She said people seeking the aid are increasingly getting notices from their landlords that could lead to an eviction, informing them their lease agreement is not being met.

United Way of Anchorage is trying to prevent eviction actions, she said. It’s currently working to streamline its distribution process for rental and mortgage assistance and decrease wait times for appointments.

“If we can work with tenants and landlords and get many of them through this crisis, we will forestall a lot of people from going to court,” she said.

People who have suffered COVID-19-related income losses and who can’t pay their rent or home loans can get help from the program by dialing 211, a service that United Way manages, Brown said.

Information about rent and mortgage assistance programs statewide can be found at alaska211.org.