As jobless claims in Alaska soar, economists say tens of thousands of workers could be affected 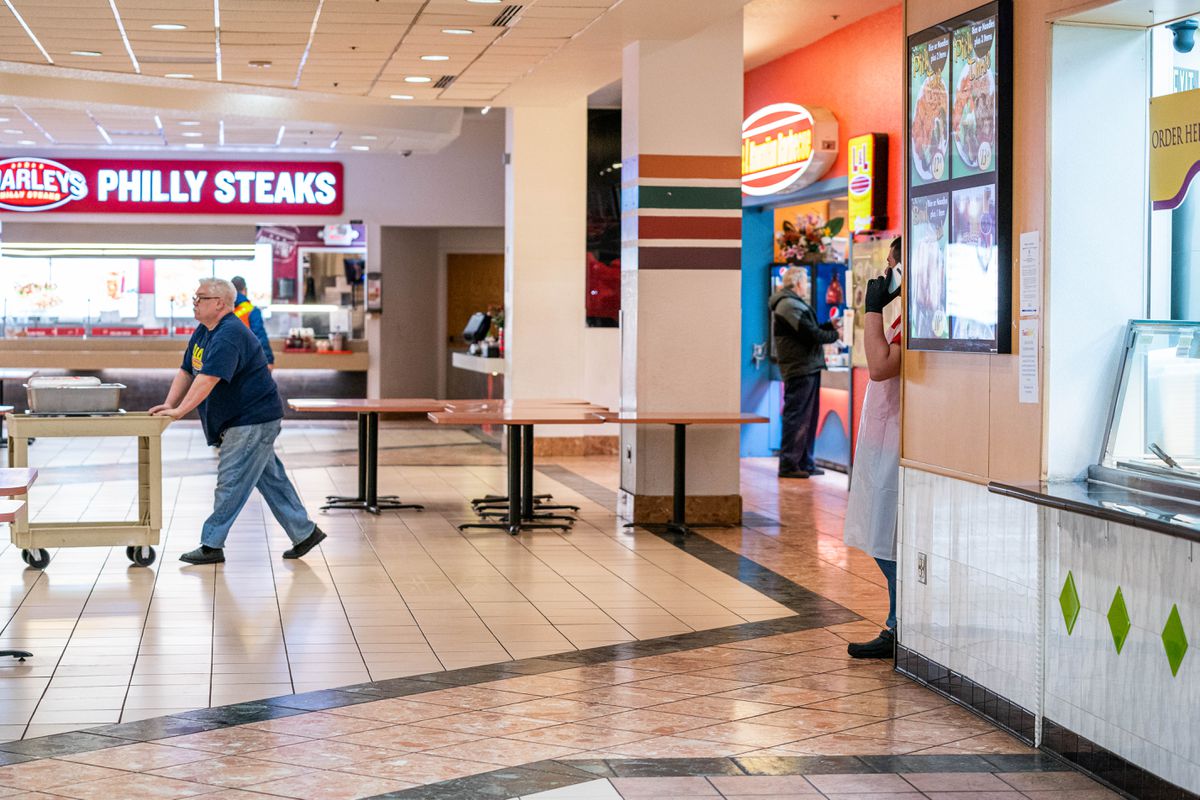 The number of Alaskans receiving unemployment benefits soared this past week following orders by state and local officials limiting access to restaurants, bars and other establishments in an effort to slow the spread of the coronavirus.

New unemployment insurance claims jumped six-fold in a matter of days, said Lennon Weller, an economist with the Alaska Department of Labor and Workforce Development.

Those levels were last seen during the financial crisis that caused the Great Recession more than a decade ago, Weller said.

It could get worse, he said.

“We’ll probably surpass that in the next two weeks,” he said. “The magnitude of the short-term job losses we face is maybe larger than anything we’ve ever faced before, at least for the next month or two.”

Emergency closures of businesses and borders have rocked the global economy as the virus has spread across the planet. Anchorage Mayor Ethan Berkowitz on Monday shut down dine-in service for food and drink at restaurants, and closed other establishments including theaters and gyms. Gov. Mike Dunleavy on Tuesday issued a similar, statewide order. And on Friday evening, Berkowitz issued a broader emergency order, effective 10 p.m. Sunday until March 31, closing many other businesses deemed non-essential.

Alaska’s unemployment rates had been at record lows in recent months, as the economy slowly recovered from the recession sparked by the plunge in oil prices that began in 2014.

Economists in Alaska now say the outlook is grim. But it’s hard to know just what will happen, they said.

Dunleavy on Friday announced his plan to shore up the state’s economy, which includes a $1 billion disaster relief fund and a supplemental Permanent Fund dividend payment. The supplemental dividend payment and other elements of the governor’s plan require approval by the Legislature.

Federal lawmakers also are moving to approve a potentially $1 trillion aid package that could funnel stimulus checks to Americans.

The impact of the closures is already significant, said Mouhcine Guettabi, an economist at the University of Alaska Anchorage’s Institute of Social and Economic Research.

The food services and drinking places sector employs more than 20,000 people at about 1,500 locations statewide, Guettabi said. Some restaurants have turned to delivery and pick-up service. But that will keep only a limited number of workers on the payrolls.

“All those workers in that sector are in some way affected,” he said.

An Anchorage restaurant management group for Snow City Cafe and three other restaurants told customers in a statement Thursday that 223 workers were laid off following the emergency order halting dine-in service.

March 19, 2020 Dear Friends, Yesterday was rough. We laid off 223 team members between all four restaurants and our...

The restaurants are reducing hours and operating with skeleton crews. The group asked patrons to support Alaska restaurants with to-go orders and deliveries.

“Restaurant workers notoriously live paycheck to paycheck," the statement said. "The fear comes from the unknown: how long will this last, how will I pay my bills, will I get my job back?”

The economic impacts are far-reaching in Alaska, officials said. Major oil companies also are cutting back amid the lowest oil prices in four years.

The state won’t have official numbers until mid-April, but reports indicate passenger travel is down about 60% in Anchorage and Fairbanks from a year ago, said Meadow Bailey, a spokeswoman with the state Department of Transportation and Public Facilities.

“You still need supplies,” she said.

“I’m worried like everyone else,” he said. “This is uncharted territory.”

Cancellations on cruise ships, following record summers for the industry, will lead to a huge drop in visitors, hurting hotels, shops and restaurants, Guettabi said.

If the closures and cutbacks continue for too long, the state could be looking at summer employment plunging by 30,000 to 40,000 jobs, he said.

That would be about a 10% plunge from recent summers, when Alaska counted about 350,000 jobs during the state’s peak employment season.

A clearer picture of this month’s layoffs won’t begin to materialize until mid-April, Fried said.

While there has been increased hiring at grocery stores, where demand for food and household products has skyrocketed, that likely won’t offset the job cuts.

“This is typically the time of year when unemployment rates start dropping,” Fried said. “That probably won’t happen this year.”