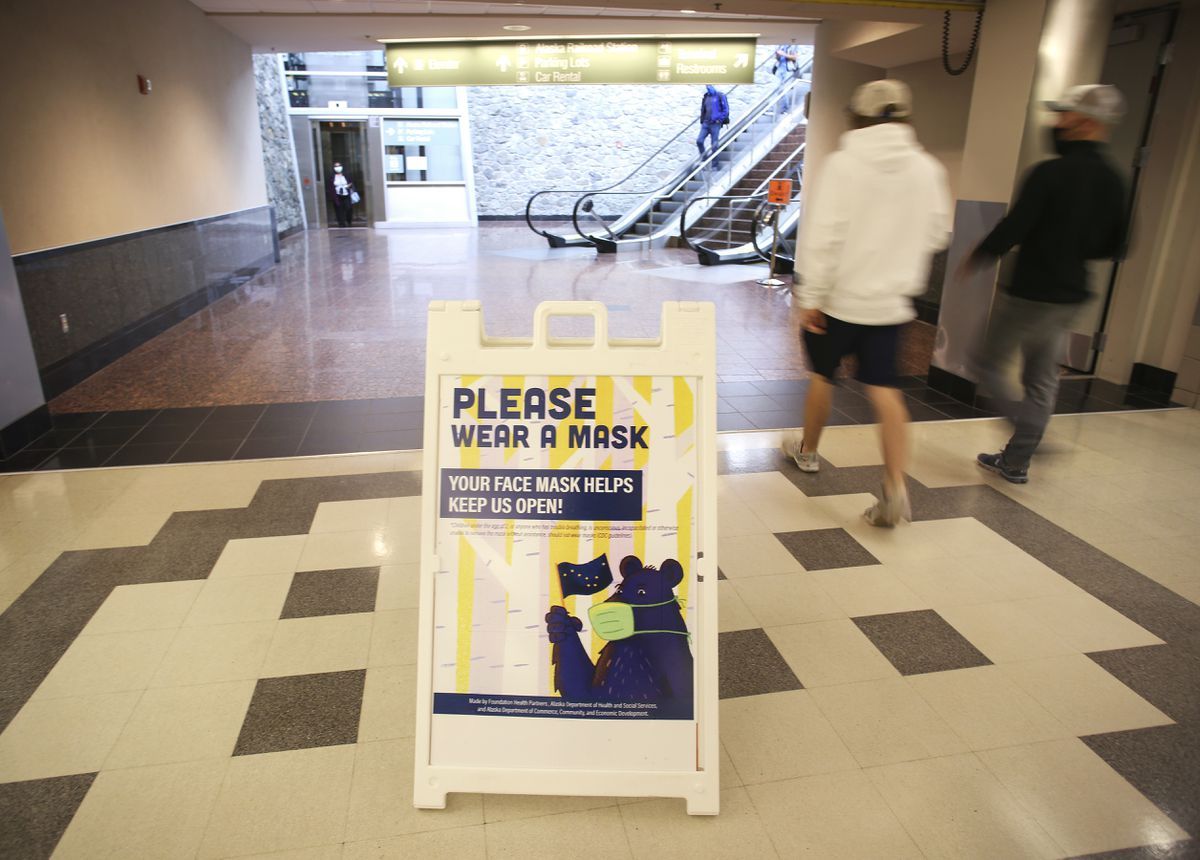 Emergency orders in Anchorage were likely responsible for major drops in daily COVID-19 case counts, according to a new report released this week by the Alaska Division of Public Health.

The report found that while a June mask mandate was responsible for bringing case counts down in Anchorage, “an even greater drop in transmission” occurred after two additional emergency orders were implemented.

Those orders — the 14th and 15th implemented by former Anchorage Mayor Ethan Berkowitz in response to rapidly rising cases counts and hospitalizations — went into effect on July 24 and Aug. 3, and limited capacity in bars, restaurants and gyms, and also indoor public venues.

“The Anchorage experience indicates that even if a high proportion of people use masks, this may not be sufficient to control (virus) transmission if enough persons are engaged in high-risk behaviors such as close contact in crowded environments with persons outside of their household,” the researchers wrote, explaining why these further restrictions proved necessary.

The decrease in case counts after the summer emergency orders supports the hypothesis that bars and restaurants played an important role in virus transmission in Anchorage during the early summer, the report concluded.

That hypothesis has been loudly criticized by many in the hospitality industry who have faced severe economic hardship during the pandemic. The Anchorage orders have fueled continuing protests from some residents, who argue the city unfairly and unnecessarily targeted some businesses.

The report looked at a wide range of data gathered before, after and during Anchorage’s early “hunker down” emergency orders in order to track their effectiveness.

It found that in the month after a mask mandate in Anchorage went into effect, there was a 60% decline in coronavirus transmission. The two other emergency orders caused an even more substantial decline in transmission, the report found.

Through August, “exponential growth not only slowed, but was reversed,” it said.

[Earlier coverage: COVID-19 cases in Anchorage and Alaska are on the decline. Is the ‘hunker down’ responsible?]

How the survey was conducted

For the past month, coronavirus cases in Anchorage have been declining following a limited December “hunker down” enacted by the municipality in response to a November surge in cases, hospitalizations and deaths. That winter emergency order (No. 16) marked the third time the city had entered such a restrictive state since March.

However, the recently released report, which was published by the Alaska Department of Health and Human Services, does not track the effects of the December hunker-down; rather, it examines the summer mask mandate as well as the two emergency orders enacted soon afterward.

The report used a variety of data points, including changes in virus growth rate, self-reported survey results from Anchorage residents regarding how closely they were following social distancing guidelines and wearing masks, as well as anonymous, publicly available data that tracks people’s movement using their devices’ location-sharing features.

According to the report, researchers looked at changes in the virus reproductive number two weeks before and three weeks post-emergency order. They also tracked the virus’s growth rate two weeks before an order went into effect, while it was in effect and when it was no longer in effect.

And finally, researchers also conducted a series of phone surveys to analyze people’s self-reported mask usage and social behavior. A research group from the University of Alaska Anchorage analyzed that survey data.

By December, 90% of residents reported wearing masks when away from home, compared to just 72% in mid-June, the researchers found.

“This is consistent with published reports which submit that mandates lead to increased compliance with public masking,” the report said.