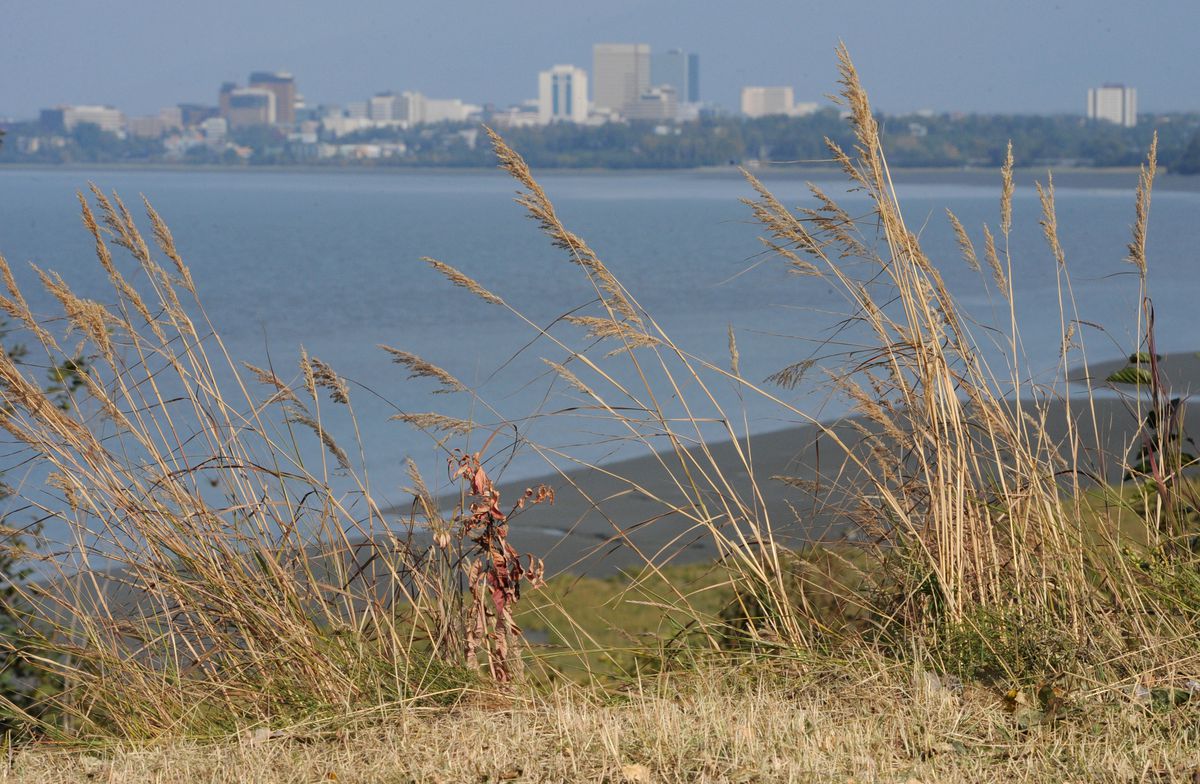 Last month was the hottest, driest August on record in Anchorage, with only one day at normal temperatures.

National Weather Service records show that every day in August hit above-average temperatures -- once as high as 12 degrees above normal -- except for Aug. 21. Only four-hundredths of an inch of rain fell in Anchorage all month.

The month included the warmest recorded daily low, and was the third hottest month on record since measurements began in 1952 at what’s now Ted Stevens Anchorage International Airport.

Not only was August 2019 the driest, it was also officially the hottest August since record-keeping began in 1952. Ted Stevens saw above normal temperatures every day of the month except for one: August 21st. (1/2)#AKwx pic.twitter.com/ks8fZe2zQu

The region has already in September received more rain than fell all of last month, forecasters said.

The prolonged warm, dry spell ushered in a spate of destructive wildfires, including the McKinley fire that destroyed about 50 homes north of Willow and the Swan Lake fire that threatened the Kenai Peninsula communities of Sterling and Cooper Landing.

It also led to drought conditions that threatened the drinking water supply in Nanwalek and Seldovia on the Kenai.

The dome -- more like a “wobbly blob” than a firm circle -- persisted through August, meteorologist Joe Wegman said Tuesday. Meanwhile, rain fell from Bethel northeast to Fairbanks and the north side of the Alaska Range, causing landslides that temporarily closed the road into Denali National Park and blocked Alaska Railroad service.

“If you were to compare us in Anchorage to Fairbanks, or Denali National Park -- they had one of the wettest months on record," Wegman said. “That upper level ridge sort of blocked everything from coming our way.”

Even Southcentral communities on the wet side of the mountains, like Portage, received little rain: 33 hundredths of an inch, all on the last two days of the month.

Normally, Portage gets 8.5 inches of rain in August.