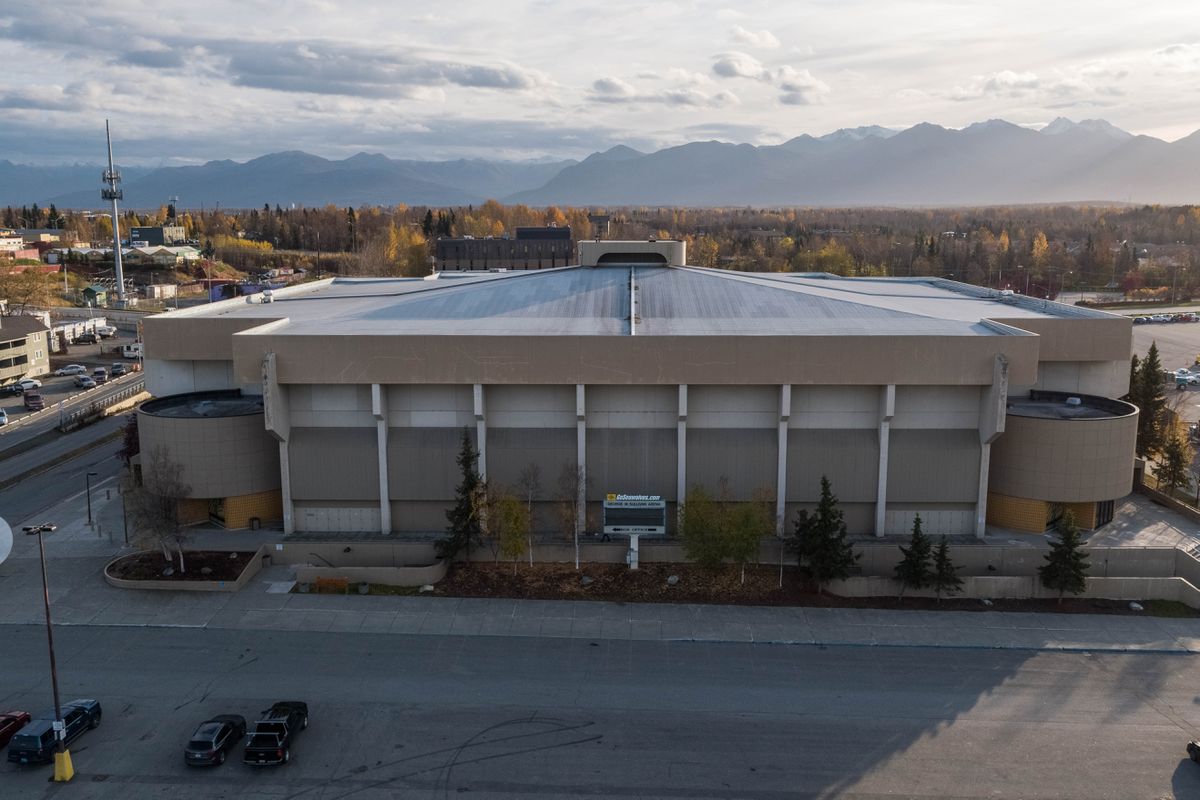 The city is preparing to convert Sullivan Arena into a mass shelter for the homeless as Anchorage braces for a possible onslaught of novel coronavirus cases.

The 32,000-square-foot arena, as well as the adjacent Ben Boeke Ice Arena, are both owned by the Municipality of Anchorage. They will give the homeless a place to sleep at least 6 feet apart, wash up and eat meals. The goal is to help slow down the rate of COVID-19 transmission in Alaska’s biggest city. Doors are expected to open by week’s end, according to the city’s top real estate and economic development official.

Officials chose Ben Boeke over the weekend as the best option for an emergency homeless shelter. Their hope is to alleviate extreme crowding at the Brother Francis Shelter, where many of the 240 clients sleep mat to mat, creating the potential for disease sharing. Health experts say COVID-19, caused by the novel coronavirus, spreads mainly person to person through individuals who are in close contact.

Workers at Ben Boeke were seen Monday morning removing candy machines as they convert the ice arena into a shelter.

As the COVID-19 crisis grew over the weekend, the city began to rethink its calculations at Ben Boeke, realizing it needed more space. It also followed new guidance from the Centers for Disease Control and Prevention that 6, rather than 3, feet of space is needed between cots or mats at shelters, said Chris Schutte, Anchorage’s director of economic and community development.

[Are Alaska’s hospitals equipped to handle the coronavirus?]

Homeless service providers told the city that at last 25 additional restrooms and more hand washing stations would need to be set up at the ice arena, along with space for food preparation, Schutte said. That, along with the CDC guidance, prompted officials to decide to also use Sullivan Arena for the homeless, who are among the most susceptible populations to catching the coronavirus.

The city has an estimated 1,100 people who live on the streets or in shelters. Several thousand more live in temporary or unstable housing, including cars.

With the mayor’s decision Monday ordering restaurants, bars and breweries to stop dine-in service in addition to closing entertainment facilities and gyms, and with other businesses cutting hours or closing, advocates fear the ranks of the homeless could swell as low-wage earners see tips or paychecks shrink or disappear entirely.

Some people may struggle to pay their rent, and could end up facing evictions or even homelessness, advocates warn.

Homeless families could face more challenges as the number of volunteers grows smaller. Ten Anchorage churches that take in unsheltered families as part of the city emergency cold-weather program may have to scale back to protect their aging volunteers, most of whom are seniors, who the CDC considered higher risk.

Kuiper said the churches want to keep the program going but in light of COVID19, “we may have to rethink how we do this.”