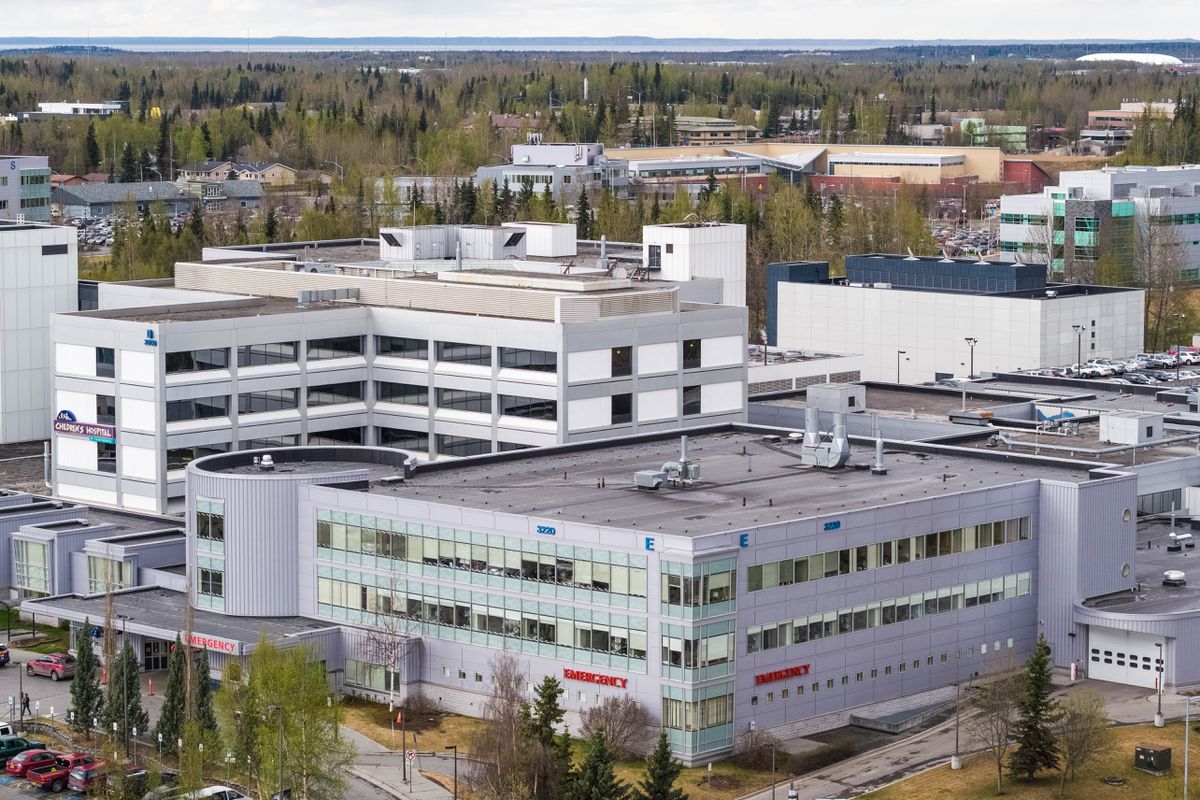 As Alaska’s coronavirus cases banked sharply upward in the past week, more people with symptoms of COVID-19 began showing up at emergency rooms in Anchorage and Fairbanks.

Several hospitals in the state this week reported a doubling —- although of very low numbers — of patients going to ERs with coronavirus symptoms, some requiring admittance and others sent home under watch.

At Providence Alaska Medical Center in Anchorage, emergency physicians are now seeing six to eight positive-tested people with COVID-19 symptoms every day, with one to three admissions — including some sick enough to need intensive care, according to Dr. Andrew Elsberg, who is employed by Alaska Emergency Medicine Associates and provides care at Providence’s emergency department.

Health officials generally encourage anyone experiencing COVID-19 symptoms to contact their health care providers first instead of potentially exposing others. But emergency room visits can provide an early barometer of whether the virus is leading to significant illness within a community.

Alaska’s case numbers are soaring with more than 300 positive tests reported since Saturday. About a third of the state’s active cases in residents came in the past week. As of Tuesday, there were 1,153 people with active infections around the state out of a total of 1,899 cases confirmed since March.

Despite the high daily counts, the state’s numbers still look good on paper. So, state officials say, do hospitals, which right now have enough capacity and also have plans to respond if COVID-19 hospitalizations surge.

Alaska’s hospitalization and death rates remain among the lowest in the nation, in part because the spiking new cases are among people in their 20s and 30s who generally aren’t getting as sick from the virus, state epidemiologists say. They can, however, spread it to more vulnerable people, so officials are trying to find new ways to get younger people to maintain social distance, wear masks and avoid large gatherings.

The state’s health care capacity remains good for now, hospital officials say, but it will take at least a week to see if patient numbers keep rising, potentially bumping up against limited beds and staff.

The Alaska State Hospital and Nursing Home Association in an opinion piece this week said hospital capacity was not “OK” and pointed to the risk for nursing home outbreaks.

Hospital CEOs on a conference call Monday morning agreed that the state’s health care capacity numbers are a lagging indicator, association president and CEO Jared Kosin said. “By the time our gauges flip red, it would be way too late.”

Nursing homes are now required to do broad baseline testing for all workers and residents, which some were already doing, Kosin said. They are screening workers and limiting visitors so residents can’t see family.

“The worse COVID gets outside of nursing homes, the more restrictive an environment it becomes,” he said. “Don’t rely on hospital capacity to be the answer. This is a far more detrimental effect, especially on our vulnerable populations.”

The state has experienced few large outbreaks in long-term care facilities, apart from one at the Providence Transitional Care Center in Anchorage that led to the deaths of two residents, McLaughlin said. The state hasn’t seen a large outbreak in a prison setting; there was one cluster among employees at Lemon Creek Correctional Center. Seafood workers, who could have contributed to outbreaks like those in Lower 48 meatpacking plants, were required by state mandate to quarantine.

“Those are a few things that are different here in Alaska so far,” he said.

Some rural hospitals also say they aren’t seeing an uptick in patients.

In Bethel, the emergency room at Yukon-Kuskokwim Health Corp. has not experienced a rise in people presenting with flu-like or COVID-19 symptoms, according to chief of staff Dr. Ellen Hodges.

Ketchikan hospital officials say they also are not seeing more patients in the ER. Most of the recent positive tests in that Southeast Alaska city are travelers without symptoms who got screened when they arrived at the airport, according to PeaceHealth Ketchikan Medical Center spokeswoman Mischa Chernick.

“We kind of went from just a handful of patients a day that we thought had any symptoms consistent with COVID illness to probably double over the course of the last few days throughout the weekend,” Burton said Monday.

Like state health officials, people working in hospitals around the state are pleading with Alaskans to wear face coverings, maintain at least 6 feet from others in public places, and practice solid hygiene to slow the rising positive cases and make sure hospitals can continue to remain open at current levels.

Julie Taylor, the CEO of Alaska Regional Hospital in Anchorage, says she wishes she could find “a more compelling why” to convince Alaskans to practice safeguards like social distancing and avoiding large groups.

Regional has plenty of room right now, Taylor said. But the chain that owns the hospital also owns facilities in hotspots like Texas and Florida where a similar scenario flipped into overwhelmed capacity within a week to 10 days.

Administrators there are warning her to get ready.

“How do you get Alaskans to pay attention when they feel we are the last holdouts?” Taylor said. “Really, what we need to do is learn from those who have gone before us.”