In a crowded race, many candidates for Anchorage mayor say they’re aiming to make it to an expected runoff 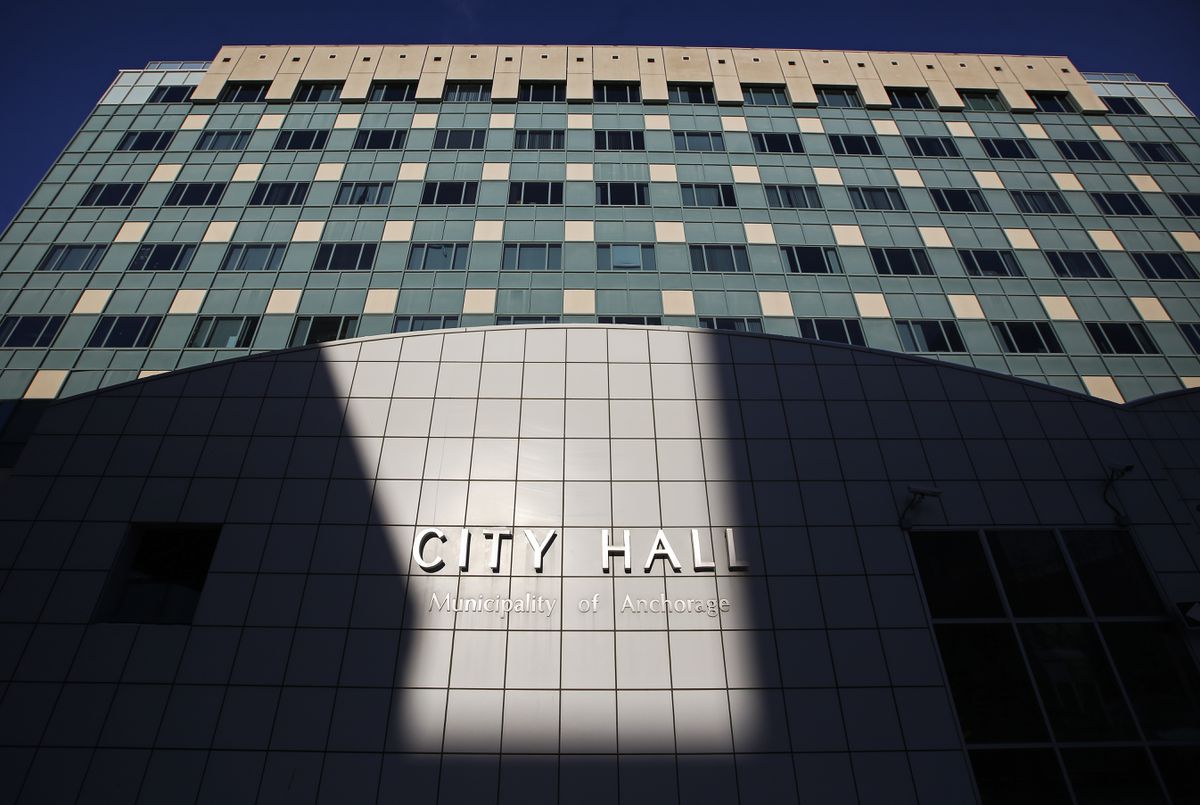 This year, no fewer than 14 candidates are running for Anchorage mayor, each trying to convince voters that they are the best candidate to lead the city out of the pandemic and into economic recovery.

Many say that there’s little chance that one will win outright in the April 6 election, and that they expect a runoff election in May.

“I’m 100% certain there’s going to be a runoff,” said candidate Bill Evans, a former Anchorage Assembly member. “I don’t think it’s possible for any of the candidates to get 45% with this many candidates on the field.”

Although the race is technically nonpartisan, with so many mayoral candidates vying for votes, some candidates see the lead-up to April 6 as acting almost like a primary election, as candidates of similar political leanings will compete for some of the same voters. Ballots in the mail-in election go out on March 15.

“While it’s a nonpartisan race, anytime we’ve had a runoff you’ve always had one registered Republican and one registered Democrat — it’s just the way that it happens,” said Bernadette Wilson, campaign manger for self-described conservative candidate Dave Bronson.

“Anchorage residents want a no-nonsense approach. They want fact-based leadership, and they want us to try to resolve the public-health crisis, so that we can get back to work and get our economy recovered,” said Dunbar, who is viewed by some others in the race as the candidate to beat.

[What’s the deadline to register? When are ballots mailed out? Here are the basics of the 2021 Anchorage municipal election]

“Look at what I actually focused on — it was selling ML&P to Chugach Electric, rebuilding the (Port of Alaska), putting police in Girdwood and on the highway after the State Troopers left, doing a health care transparency ordinance,” Falsey said. “None of that falls cleanly on an ideological spectrum.”

At least one candidate, businessman and Republican House District 26 Chairman Mike Robbins, is aiming to win the race outright.

“We didn’t enter the race to be second,” Robbins said. “We are not looking at this from the standpoint, I think, the way most of our competitors are.”

To win outright, a candidate needs to garner more than 45% of the votes during the April 6 election. If no candidate wins that many votes, the two candidates with the most votes advance to the runoff on May 11.

The last day to register to vote in the Anchorage regular municipal election is March 7. Ballots are mailed out starting March 15, according to the election calendar.

At least three candidates, including Robbins, Bronson and Evans, said they see current Assembly member Dunbar as their biggest competitor — and the candidate they think they are most likely to face in a runoff.

“Forrest is the lead candidate on the other side of the fence, if you will,” said Robbins, who recently reported raising more than $210,000 for his campaign, compared to the more than $250,000 Dunbar reported raising. The reports cover money raised up to Feb. 1.

Bronson, a former U.S. Air Force and commercial pilot, is focusing on gathering support from a conservative base. His campaign sprung from a backlash against city leadership among a group of citizens calling themselves Save Anchorage, upset with the city’s handling of the coronavirus pandemic and its restrictions on businesses, and the Assembly’s backing of a plan to purchase buildings for homeless and treatment services.

Robbins, who also describes himself as conservative, said he hopes his real-life experience as a businessman who grew up in Anchorage’s Spenard neighborhood will help him stand out.

Evans, who describes himself as a fiscal conservative, said that he is often perceived as an initial competitor with other candidates “on the right,” and that people also have a tendency tend to view Dunbar as “being the one guy on the left.”

In addition to being an Assembly member, in 2014, Dunbar ran for U.S. Congress as a Democrat against incumbent Republican Don Young and lost.

Evans said he hopes to reach voters across the spectrum and to focus on the real work of municipal government. He said he doesn’t want to be pigeon-holed.

“I’m an undeclared candidate; I’m not a member of anybody’s party, and I like it that way,” Evans said.

Still, as a candidate, Evans said he may be viewed as someone who is more in the center of a “bigger ideological battle that’s going on.”

“I think most people in Anchorage want that from their mayor — they want somebody who’s not going to focus on these hot-button issues and culture war issues, but is going to focus on what really matters for them, for their families,” Evans said.

Both Dunbar and Evans said they see Bronson’s campaign also as having a strong chance to make it to a runoff.

“He’s got a lot of really passionate supporters,” Evans said. “He’s tapped into a lot of the issues that are really — that you see at the Assembly meetings that are kind of inflaming a lot of folks in Anchorage right now.”

Bronson testified at Anchorage Assembly meetings over the summer, when there were protests of the Assembly’s approval of the city’s building purchase plan.

Bronson has pledged to roll back Anchorage’s emergency orders, including the mask mandate and COVID-19 restrictions on businesses, Wilson said.

Dunbar announced his campaign for mayor in late 2019, and in addition to his run for Congress, Anchorage voters know him as an Assembly member since 2016. Dunbar has supported many of the city’s recent actions to address the pandemic.

Dunbar said that while some candidates may try to infuse the mayoral race leading up to April 6 with “national issues,” he views the the mayoral election as about the current public health crisis and “delivering core public services” to the community.

Dunbar said he believes he will likely be facing Bronson or Robbins in a runoff.

“It will be a pretty stark choice for the people of Anchorage,” Dunbar said, noting some of his competition doesn’t support mask-wearing requirements or other measures he has supported to address the pandemic. “I don’t think that is what people of Anchorage want.”

In many Anchorage districts, large portions of registered voters are nonpartisan or undeclared, state records show.

Falsey said he’s aiming for broad support and he hopes that his experience as Anchorage’s former municipal attorney and municipal manager will elevate his chances with voters.

As city manager, Falsey was largely in charge of orchestrating the city’s response to the 2018 earthquake and in overseeing the city’s emergency operations response when the pandemic struck Alaska in March of 2020.

“I can credibly say that I have seen the job (of mayor) up close. I know what works and what doesn’t,” Falsey said.

“I think the core of the city, the heart of the city, is not on the far, far edges,” said Martinez, who worked as a special assistant for former Mayor Ethan Berkowitz.

Martinez was a Democratic U.S. congressional candidate in New York in 2012 who at the time aligned himself with the Occupy Wall Street movement. In this campaign, Martinez said that he has garnered endorsements from both liberal and conservative entities, including former Mayor Rick Mystrom and Planned Parenthood. (Mystrom has also endorsed Robbins and Bronson.)

“It really comes down to the fundamental thing that I believe is the most important issue: How to bring people together in in such a divided city, and with the level of toxic partisanship,” Martinez said.

Jeffrey Brown, a candidate who is running a largely social media and email-based campaign, said that he also sees an issue with hyperpartisanship in a nonpartisan election. Brown, a first-time candidate for mayor, said he has spent much his life working with youth in social services.

“I feel like politics are so divisive and a mayoral election is not supposed to be something that involves political parties, but we all know it does,” Brown said.

The Daily News attempted to contact other candidates who have registered to run for mayor, but has not yet received responses.