The November earthquake ‘put a shiver’ through the Anchorage housing market 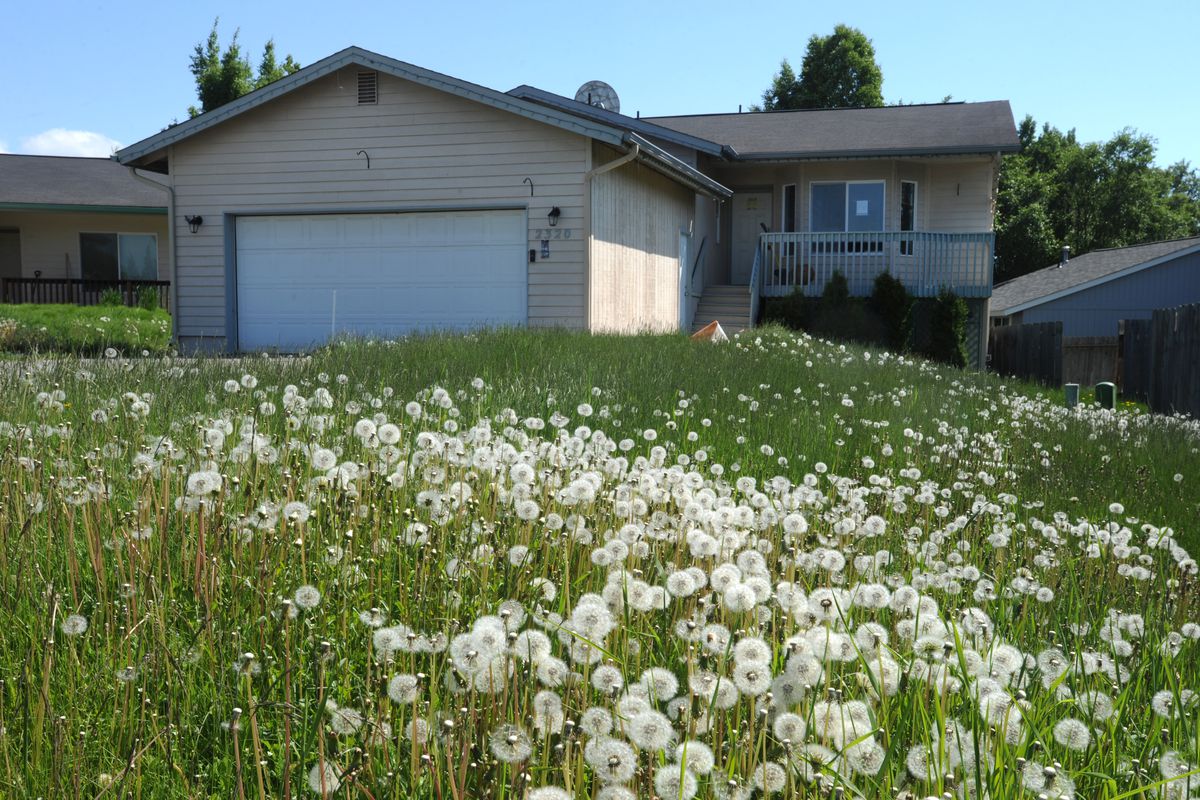 Monica Anderson and her husband Keith were ready to close on the sale of their Anchorage home in early December of last year. In preparation, they had moved their family into a rental to make way for the new owner.

But then the Nov. 30 earthquake hit, separating the driveway from the garage, which sunk. Sunlight now slips through a crack in the garage walls. The would-be buyer backed out. The repairs the home needed were too expensive for the Andersons to try again to sell it.

Now, the Andersons are facing foreclosure on their home. City property records show the assessed value of the property near Strawberry Road and Northwood Street has dropped from $408,300 in 2017 to $290,800 this year.

Theirs is just one story of disruption in the Anchorage housing market following the 7.1 quake. There have not been staggering changes in the market for single-family homes, but the number of homes sold and the average sale price have dipped — though the degree to which that’s solely due to the earthquake is hard to pin down. Homes in some neighborhoods have lingered on the market for longer than usual. Inspections take more time, and buyers are extra cautious. Now, people in the real estate industry say things are picking up a bit after a slow winter.

Hundreds of homes and buildings suffered substantial damage from the quake. The city marked some with red tags that warned the properties were unsafe to enter. Others got yellow tags that restricted use. Homeowners have grappled with how to pay for expensive repairs, especially after initial aid from the Federal Emergency Management Agency fell short for some. More recently, FEMA has upped such payments.

Vanessa Platter flipped houses in Eagle River for years, fixing them up and selling them off. She lost about $30,000 on the sale of a home she renovated and put on the market just before the earthquake hit, she said.

“A $400,000 home to sell is difficult as it is, but the earthquake just killed it,” Platter said. That wasn’t because of damage, she said — the property was still in good shape. People just weren’t prioritizing home-hunting after the quake. After that financial loss, she doesn’t plan to continue flipping houses.

“I just can’t put my neck out anymore,” she said.

The Andersons are now living in a rental, which was supposed to be temporary while they took their time to buy a new home at their own pace. But now, Monica Anderson said, they plan to keep on renting.

“I think my husband and I are just so hurt by the situation, even though it’s absolutely out of our control,” she said. “The thought of purchasing a house anywhere in this town makes us very uneasy.”

The couple didn’t have earthquake insurance — most homeowners don’t, because of how pricey it can be — and were on the hook for about $150,000 to $200,000 worth of damage they couldn’t afford to fix even with some help from an online fundraiser.

First, they looked into filing for bankruptcy, but they didn’t qualify, Anderson said. That left them with foreclosure.

Mike McLane, an agent with Jack White Real Estate, has seen plenty of homeowners who can’t afford to make repairs, which prevents them from selling.

The owner of one of his listings shaved $100,000 off the asking price at the end of May in an effort to sell it faster. The Zillow description for the three-bedroom Sheppard Drive home in Eagle River reads: “seller will make no repairs,” and notes that it has been yellow-tagged by the municipality.

Photos show a secluded home nestled in trees, with sweeping mountain views over the deck, now priced at $159,000.

At that property, a boulder "smashed in the back of the house,” McLane said. The septic system also needs updating, but that’s to comply with city code, not because of damage. Still, it adds on tens of thousands of extra dollars in cost.

The earthquake “put a shiver through the entire market,” said McLane.

The first quarter of this year was slow for Anchorage home sales compared to previous years, said Mark Masley, a Realtor at Keller Williams Realty and president of the Alaska Association of Realtors. But he’s noticed more activity lately.

“There’s starting to be quite a few buyers who are reentering the marketplace now,” he said. “We’re getting a lot more showings on listings, a lot more offers coming in.”

The number of single-family homes sold in the Municipality of Anchorage was down 6% between Dec. 1, 2018 and May 31 of this year when compared to the same period a year prior, according to data from the broker-owner cooperative Alaska Multiple Listing Service. The average sale price dipped 1%, and homes spent 5% more days on market.

“Is that a direct result of earthquake? It’s really hard to tell," said Ava Anderson, incoming president of the Anchorage Board of Realtors.

The earthquake’s aftermath has complicated the process for some buyers and sellers, but it’s far from the only factor in recent months. A perfect storm has made for a softening market for Anchorage single-family homes, agents say: the quake, the federal government shutdown, and a state economy that’s just starting to show signs of a comeback after years of recession.

“And then, it just being winter" when the quake happened, said Platter. People worked to get their lives and houses back in order after she shaking stopped, but then there were all those aftershocks, too.

“It made people think way more than twice” about buying or selling homes, she said.

The earthquake’s impact on Platter’s house-flipping business also disrupted her own plans to buy a home. She had intended to use her profits for a down payment. Instead, she’s now living in her camper trailer so she can pay off her debt faster.

But she still has plenty of work to do; she also owns a contracting business and is booked out more than a year, she said, working on fixing damage at other homes.

An inspection process that used to take maybe 10 to 14 days can now take an extra week, said Laura Temple, a broker at Signature Real Estate. She largely works in the Eagle River area. Only recently did it become easier to find a home inspector who isn’t backlogged, and contractors being booked out months also slows the process, Temple said.

Sellers also have to make decisions about when to do repairs, if at all.

“They don’t want to feel like, ‘Are we hiding it, or are we fixing it?’” said Temple. “For the most part, I see buyers and sellers all really want to be open and honest.”