The pandemic relief bill will provide much-needed help for Alaska businesses. The money is expected to go quickly. 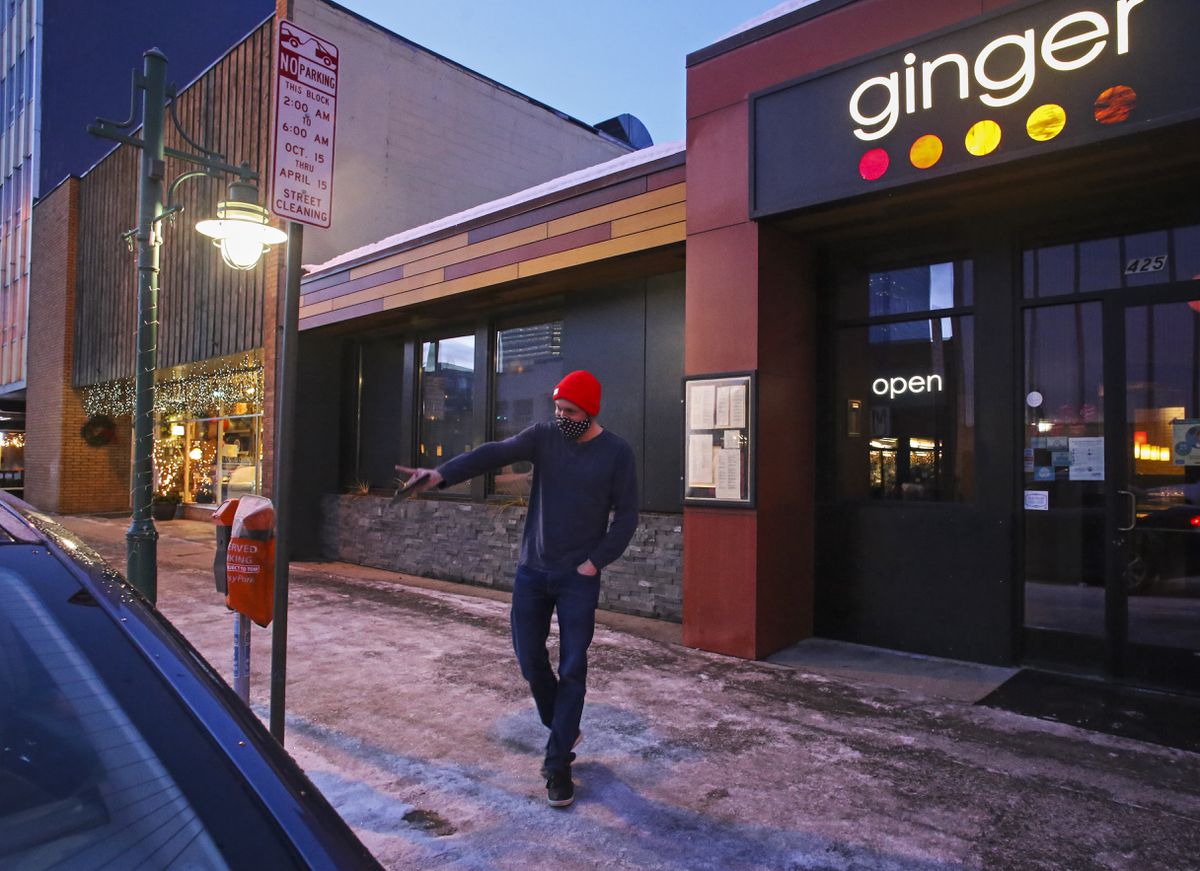 Matt Gill waves goodbye to a customer after walking out their to-go order for curbside pickup at Ginger in downtown Anchorage on Tuesday, Dec. 29, 2020. (Emily Mesner / ADN)

Matt Gill waves goodbye to a customer after walking out their to-go order for curbside pickup at Ginger in downtown Anchorage on Tuesday, Dec. 29, 2020. (Emily Mesner / ADN)

The new, $900 billion COVID-19 aid package will provide much-needed help for small businesses in Alaska with a new round of funds from the popular Paycheck Protection Program, plus extra support for restaurants, breweries, bars and hotels that were hit hard after tourism collapsed this summer and local governments instituted restrictions to slow the spread of the virus.

Nationwide, the new stimulus bill — the follow-up to the giant CARES Act passed in March — will provide close to $300 billion of the forgivable PPP loans that helped keep businesses afloat earlier this year. The program so far has delivered $1.3 billion to about 12,000 Alaska businesses, helping them cover employee paychecks, rent and other costs.

Business owners in Alaska say the additional help is coming at a critical time. They face a bleak winter, typically the slowest time of the year for many of them.

Restaurants are recovering from rounds of restrictions, including the latest in Anchorage that closed indoor dining this month, said Matt Gill, co-owner of Ginger restaurant in downtown Anchorage.

Indoor dining resumes on Friday, but with strict limitations that will continue to hurt sales, he said.

Business is down nearly 70% from last year, and the numbers are even worse in December, he said. But he said supporters have graciously purchased many gift cards that he’s using to give employees a little extra income.

Still the restaurant has depleted cash reserves and was recently forced to request rent relief from its landlord, he said.

Ginger received a PPP loan for more than $150,000 in April. The restaurant will apply for a second PPP loan, hoping to stay alive until more customers return, he said.

“We’ve always agreed to keep cash on hand for a rainy day, but now it’s monsoon season,” Gill said. “Our ultimate goal is to make sure we have a place to keep people employed at.”

The Small Business Administration has not released application details for the new PPP program, said Jon Bittner with the Alaska Small Business Development Center. Businesses looking for a second PPP loan or a new one should contact banks that distribute the loans, he said.

“All the people that were in a mad rush to get the PPP in the first round I suspect will go back,” Bittner said. “I think the money is going to go very, very rapidly.”

Alaska Republican Sen. Dan Sullivan said in an interview on Tuesday that the new stimulus bill, signed by President Donald Trump on Sunday after five days of delay, contains provisions that are especially important in Alaska, including for the many businesses that rely on summer sales.

“The PPP was key to keep us from going into a depression,” he said.

[Earlier coverage: Alaska businesses received more than $1.2 billion in federal PPP loans. Here’s who they are.]

This new round of funding is intended to have a similar impact, he said. It will hopefully keep businesses afloat until COVID-19 vaccines can get the economy and tourism going again, he said.

Bittner said most businesses in Alaska that received a PPP will be eligible for a second one, since so many will be able to show, as required, that revenues in a single quarter of the year are 25% less than the same period in 2019.

Some other provisions in the aid bill include:

• Businesses that provide lodging, food and beverages for immediate consumption will be eligible for higher PPP loan amounts than other businesses. “It reflects how they have been much harder hit by the shutdown,” Bittner said.

• Businesses can select their highest period of employment throughout the year to determine the size of the PPP, helping seasonal businesses that shed workers during slow months. The original PPP program allowed only a narrow time frame for a business to count employees, though that was later changed administratively.

• Small breweries will receive a permanent reduction of excise tax on beer production.

The tax break will generally be worth thousands of dollars annually to brewers, said Lee Ellis, president of Midnight Sun Brewing Co. and the Brewers Guild of Alaska. Close to 50 breweries statewide employ about 2,000 people, he said.

Despite that tax benefit, the guild found in a survey that most Alaska brewing companies believe the PPP loans provide a more important benefit.

Midnight Sun Brewing, in South Anchorage, was kept alive this spring by a $300,000 PPP loan, he said.

The company plans to apply again, he said. It has lost about 30% of its annual revenue, more than $1 million.

“This help is coming at a very critical time,” Ellis said. “For most Alaska businesses, the next four months are the bleakest of the year.”