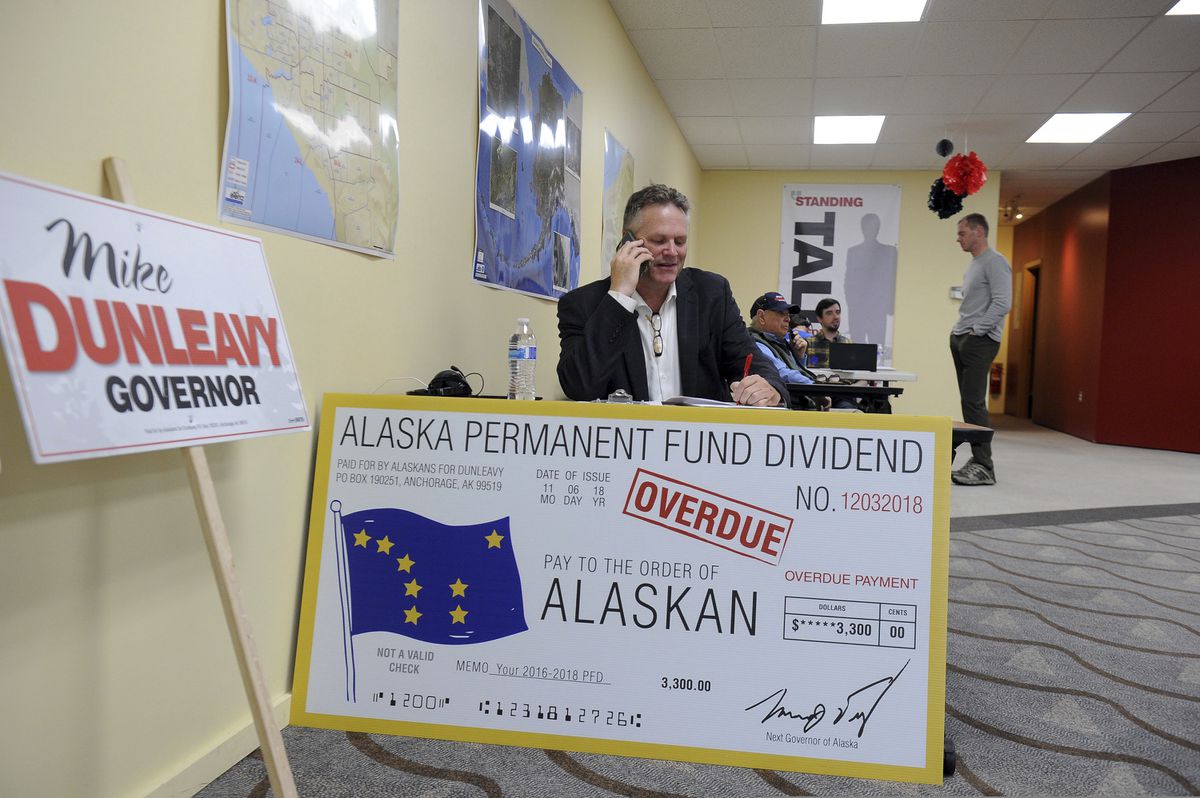 It’s surprising what you find when you clean out your closet. Crumpled between boxes of art supplies was a copy of the July 8, 2012, edition of the Anchorage Daily News, its front-page headline reading, “Tea party goes after Senate’s coalition.” At the top of the story were two quotes from political hopefuls looking to dismantle the bipartisan group then in charge of the Alaska Senate. Those challengers: Mike Dunleavy and Jeff Landfield.

It’s only been seven years and change since that story ran, but it seems like a generation ago. And in the world of Alaska politics, it was: That year marked the end of the Senate’s bipartisan coalition, the peak of the oil roller coaster before the dizzying plunge that followed in late 2014. That fall’s election, in which Dunleavy won his Senate race and Landfield lost, marked the advent of a new, hard-line crop of Republican legislators.

The trajectories of the upstart candidates highlighted in the article have differed wildly in the seven years since. Dunleavy won his primary against incumbent Republican Sen. Linda Menard and waged a crusade for deep cuts that led to his removal from committee chairmanships by his fellow Republicans. He swept to victory in the 2018 governor’s race thanks to a wave of populist resentment of reductions to the Permanent Fund dividend by then-Gov. Bill Walker and the Legislature. Dunleavy’s views, as expressed in July 2012, look to have altered little. “I don’t believe the coalition represents the constituents. I think it represents itself," he said, in reference to the Senate’s bipartisan working group he helped dismantle later that year. It’s a statement he could just has easily have made as governor about the coalition that formed the majority in the House this year.

Landfield, for his part, lost his primary challenge to Republican Sen. Lesil McGuire, then came in third in the 2016 Republican primary against Natasha von Imhof and Craig Johnson. He has since turned his political interests to a pot-stirring blog, and his political views appear to have moderated somewhat. “Senate District K deserves to have a senator who stands firm on their principles by refusing to join a coalition that gives Democrats control," he said in 2012. This year, Landfield’s blog has been a thorn in the side of the Dunleavy administration, frequently highlighting résumé issues or offensive social media posts by nominees to high-level state posts. Asked about what changed for him in the years since, Landfield was characteristically blunt. “I’ve never shied away (from) how I was back then. I was young and surrounded by people with ideas I eventually figured out were extremely shortsighted and very partisan. I ran because I was worried about state spending. Funny how things work out.”

The tumult in Alaska politics since 2012 has reflected the volatility for the state as a whole. The oil price slump that began in 2014 has led to a “new normal” for Alaska, in which mineral resource revenue is no longer enough to cover the state’s expenses without big cuts or new revenue. Legacy oil fields like Prudhoe Bay that have been a cash cow for producers and the state are well into their long decline, and a new generation of smaller operators that try to wring out crude more cheaply is replacing the multinational giants.

So where will Alaska be in 2026, the next time I clean out my closet? It’s hard to say for sure, but there’s evidence Alaska’s political winds may once again be changing. Despite his strong victory in 2018, Gov. Dunleavy ran into stiff opposition almost immediately, and most of the planks of his campaign platform — including, most prominently, the promise of a larger dividend under the 1982 formula, plus back payments — went nowhere in this year’s legislative sessions. He and his administration are now facing a recall attempt and several high-profile lawsuits over his attempts to assert executive power.

Could Gov. Dunleavy mount a recovery in the remaining years of his term? It’s a hard thing for many Alaskans to imagine, no doubt. But who, reading the paper on July 8, 2012, could have foreseen all the events that would come to pass by 2019?

Tom Hewitt is the opinion editor of the Anchorage Daily News.