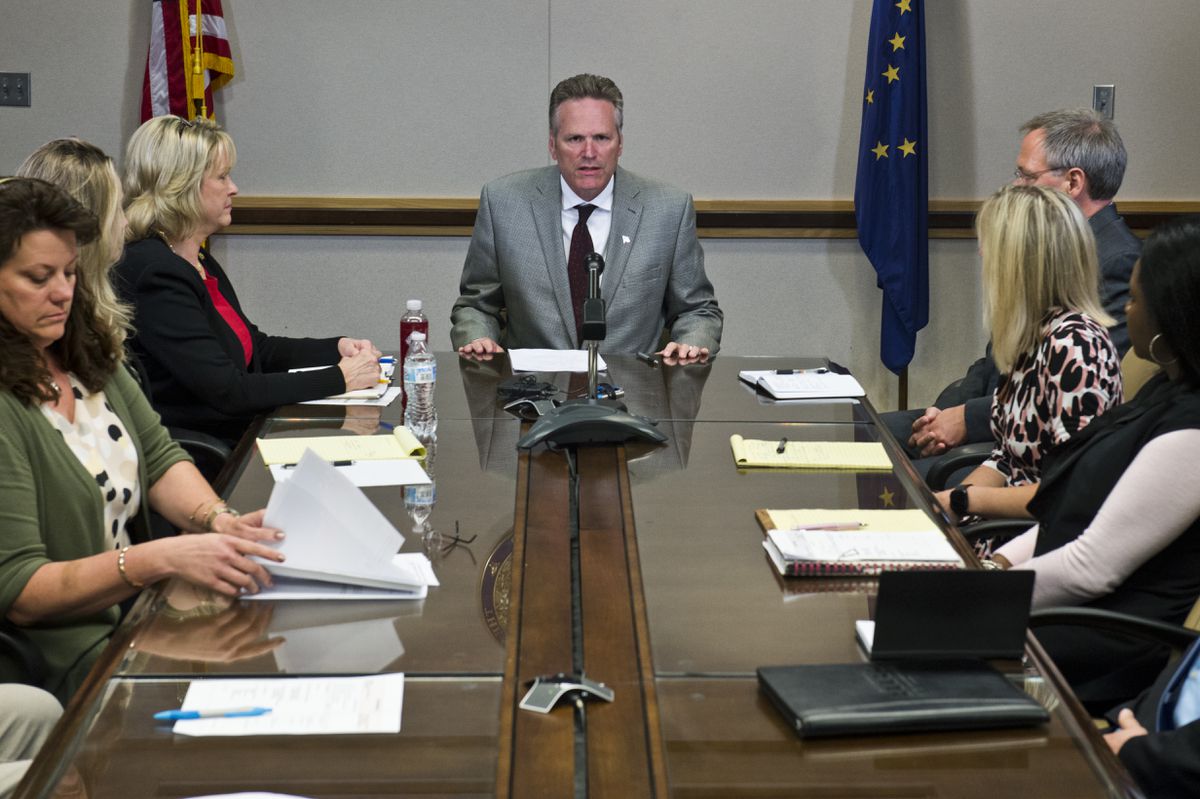 The Alaska State Hospital and Nursing Home Association has sued the state of Alaska and the Department of Health and Social Services, arguing that the administration of Gov. Mike Dunleavy improperly used emergency regulations to slash Medicaid payments to doctors, clinics and other health care providers. The administration has said it is seeking to make the regulations permanent.

The lawsuit and an accompanying motion for summary judgment claim the governor and his administration created an emergency by vetoing portions of the Medicaid budget, deliberately underfunding Medicaid in order to justify the reductions to doctors.

“As a matter of law, these emergency regulations and proposed permanent regulations are inconsistent with both state and federal law, are arbitrary, and violate due process,” states a motion for summary judgment filed by attorney Jahna Lindemuth on behalf of the association.

“That (emergency) process exists for life, health and safety reasons, and we did not feel this rose to that level,” association CEO Becky Hultberg said by phone Thursday.

The suit was filed July 12 in Alaska Superior Court at Anchorage. If the lawsuit is successful, it would require the state to reverse the cuts. The state could seek to reimpose them through the traditional regulatory process, which is slower.

ASHNHA didn’t publicize the lawsuit, and Hultberg said that was deliberate.

“We didn’t do this for any other reason than to resolve it in court,” she said.

Alaska attorney general Kevin Clarkson said by phone Thursday that the issue could be resolved out of the court system.

“We’ll see if that case even ends up being litigated through the courts,” he said to reporters.

Under the emergency regulations, in effect from July 1 to Oct. 28, the state reduced payments to doctors by 5% and eliminated a scheduled inflation adjustment, further reducing payments.

Those regulations were announced June 28, after Dunleavy’s veto of $117 million from the state’s Medicaid program the same day.

In its lawsuit, the association says that the state’s “emergency” claim is artificial. In signing a justification for the emergency regulations, Health and Social Services Commissioner Adam Crum wrote that the Medicaid program “will be significantly underfunded in fiscal year 2020.”

“Given the simultaneous nature of Gov. Dunleavy’s line-item vetoes and Commissioner Crum’s ‘Finding of Emergency,’ " reads the lawsuit, “it appears that the underfunding causing this emergency is not an ‘emergency’ at all. This underfunding is an occurrence entirely of the Dunleavy Administration’s own deliberate creation.”

“If they can do that today, why would they not choose to do that in the future?” Hultberg said. “I want people to understand that process matters, and we’re going to stand up for good public process.”

The lawsuit claims that payments to doctors are now “below the reasonable cost of services” required by state law.

Almost 30% of Alaska’s population uses Medicaid for health care, according to the latest available statistics from the state.

“While DHSS purports to consider the short-term impact of the funding shortfall on care in its finding of emergency," the summary judgment motion states, “DHSS has not considered what the rate reductions will do in the longer term to access to care for all Medicaid recipients. If providers are underfunded, they will have to cut services and access to care will go down.”

The suit is one of several significant legal actions against the Dunleavy administration since it took office in December.

The administration has been accused of illegally vetoing money from the Alaska Court System budget, illegally firing state employees (two separate suits were filed), improperly seeking the privatization of the Alaska Psychiatric Institute, failing to implement a school funding law passed by the Legislature, improperly delaying the distribution of school funds, and improperly setting the location of the ongoing special session.

“We have a system where the court’s doors are open to everyone,” Clarkson said when asked about the number of cases.

“These lawsuits, most of them that I have looked at, don’t carry a whole lot of merit to them,” he said.

One lawsuit backing the governor’s position on the special session has also been filed.

According to the Alaska Court System’s online database, former Gov. Walker did not face similar legal challenges during his first eight months in office. The first major lawsuit against his administration was filed nine months in, when the Alaska Legislature challenged his unilateral decision to expand the state’s Medicaid program. A judge later dismissed the lawsuit.