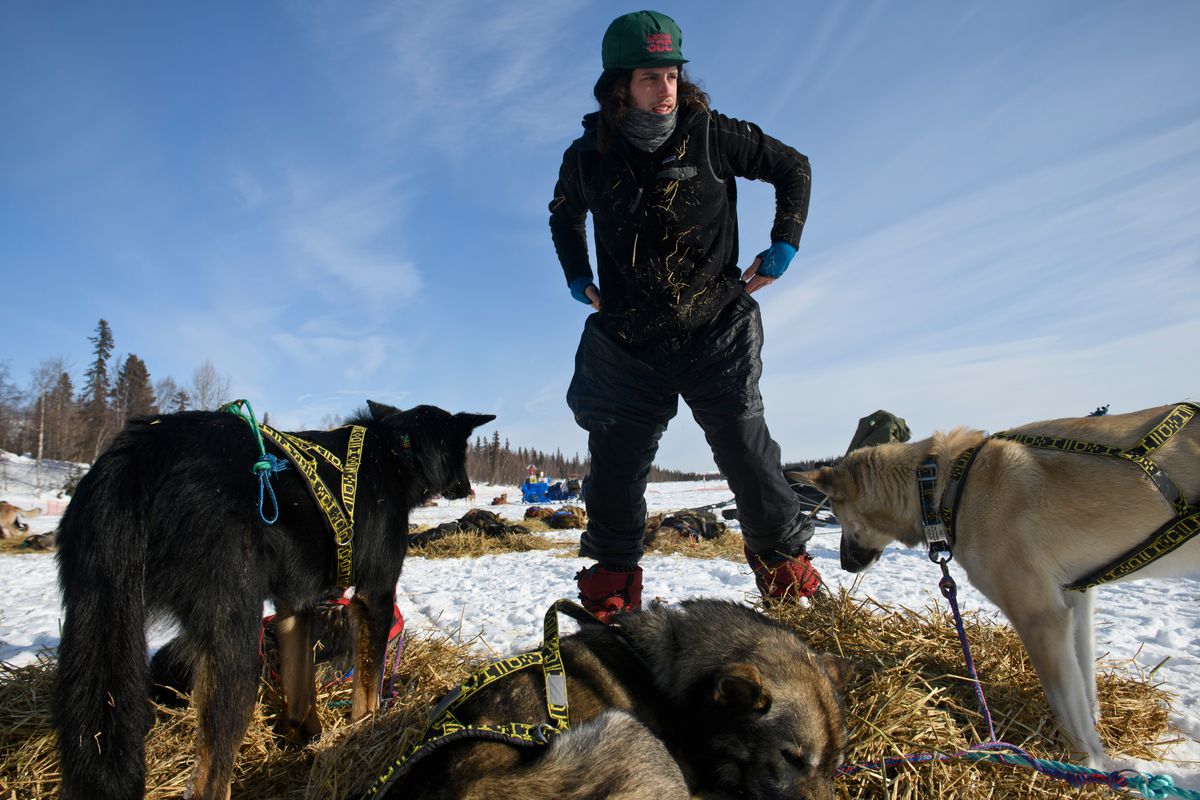 Rescuers came by land and by air Friday morning when three mushers in the Iditarod Trail Sled Dog Race called for help after being surprised by a flooded trail outside of Safety.

The mushers — Sean Underwood of Denali Park, Tom Knolmayer of Wasilla and Matthew Failor of Willow — were administered oxygen at the scene before being flown to Nome in a helicopter, according to a report from the Alaska Army National Guard.

Meanwhile, the race’s remaining 11 teams are pinned down in Elim, where wind and overflow have rendered them immobile.

Two ambulances awaited the arrival of the three rescued mushers in Nome and took them to Norton Sound Regional Hospital, a report from the Alaska Army National Guard said.

The three “are in good health and were discharged from the local hospital,” Iditarod spokeswoman Bri Kelly said Friday night by email. “All of the dogs arrived safely in Nome and were checked by Dr. Stuart Nelson and his veterinary team and were also all in good health..”

On Friday afternoon, a Facebook page from Husky Homestead Tours — the kennel Underwood is associated with — said Underwood was released by the hospital around 4 p.m. and was “getting some much-needed and well-deserved rest.”

“We can confirm that Sean's team have all arrived in Nome and were thoroughly checked by ITC veterinarians. They received a clean bill of health, and ate and drank well before bedding down for a cozy nap themselves,” the post said.

*Update* Sean was released from the hospital at approximately 4:00pm today. He is doing well and after getting some...

Underwood, a rookie, was in the race as a last-minute replacement for four-time champion Jeff King, who had emergency surgery a couple of days before the race started.

The three men wound up in deep overflow east of the mouth of the Solomon River, an Alaska State Troopers report said. They were about 25 miles from the finish line of the 1,000-mile race when one or more of them activated a personal locator beacon.

“Southblowing winds had persisted overnight and pushed seawater up onto the Iditarod Trail, and the mushers weren’t aware that it was under water,” according to the National Guard report.

A group of about 10 search and rescue personnel from Nome rode snowmachines to the spot, and the Alaska Army National Guard’s 1st Battalion, 207th Aviation Regiment sent a helicopter crew, the National Guard reported. They arrived at roughly the same time.

By the time the helicopter landed, the mushers were out of the water, in sleeping bags and being tended to by some of the snowmachiners, the National Guard said.

[At 60, Iditarod runner-up Mitch Seavey has a new race strategy: Actng his age]

Wind and overflow appear to be a problem all the way from Elim to Nome, a stretch of about 123 miles on the Bering Sea coast.

Race officials said they are reworking the section of trail near Safety where Friday’s rescue occurred “so that the remaining teams can proceed.”

However, it’s unclear if any more teams will finish the race. The final 11 teams are stuck in Elim, where some have been since Wednesday night. The group made an effort to push toward White Mountain on Friday morning but had to retreat after a few miles.

Veteran racer Aily Zirkle of Two River crossed the finish line in 18th place around 9:30 p.m. Wednesday and told Iditarod Insider that the wind was howling.

“Cape Nome, you couldn’t stand up out there,” she said. “It was a whiteout.”

She said the combination of wicked winds and high temperatures made it difficult to decide whether to put coats on her dogs.

“The wind is ripping so we don’t want them to get wind-burned, but it’s hot,” she said.

As of Friday night, 23 teams have reached the finish line and 23 teams have quit. The last musher to reach Nome was Lev Shvarts, who got there around 5 p.m. Thursday.

[Iditarod’s top rookie rates her ride: ‘Like driving a Ferrari’]