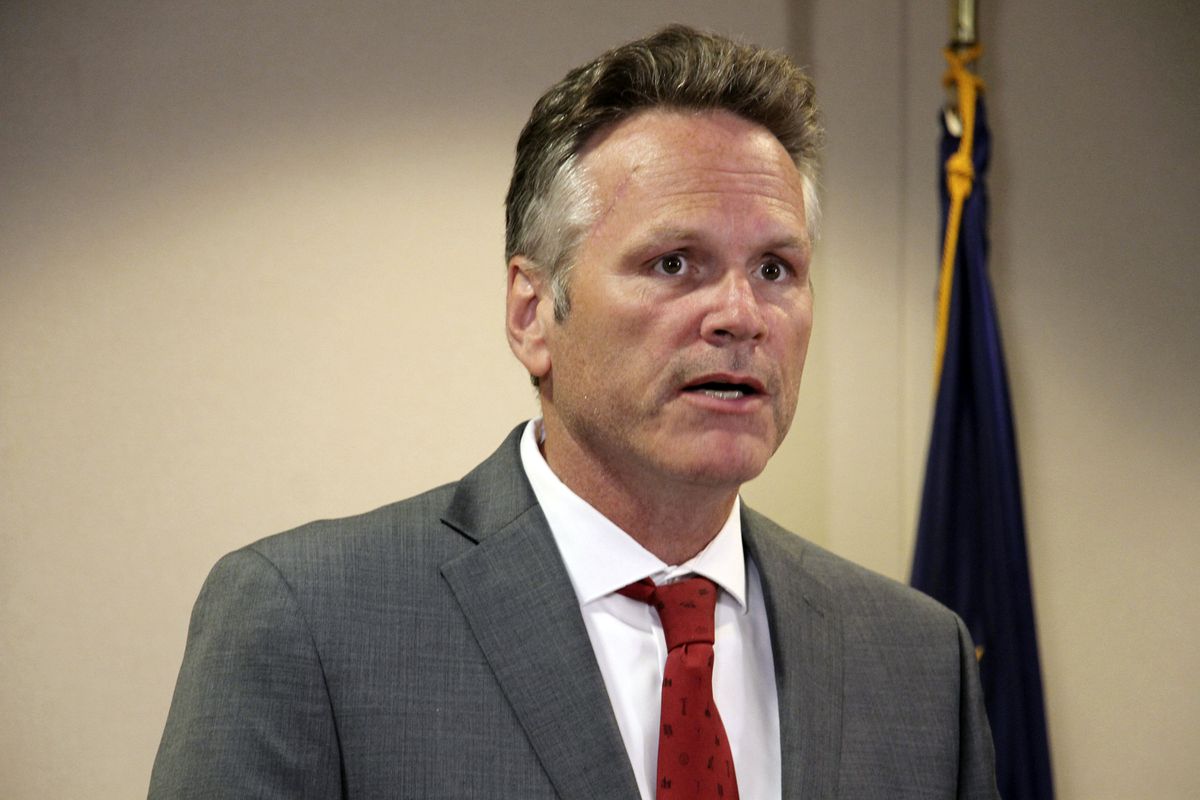 The effort to remove Alaska Gov. Mike Dunleavy from office will be argued in court in January, and legal documents filed this week indicate both sides will ask Anchorage Superior Court Judge Eric Aarseth to define a two-word phrase that will determine whether the recall advances.

Alaska’s Constitution allows the removal of state officials for cause, but state law says that the reasons for removal must be “described in particular in not more than 200 words.”

The group Recall Dunleavy submitted language that met the word count, but the Alaska Division of Elections rejected it in November. Recall Dunleavy sued to overturn the decision, and in a response filed Monday, state attorney Margaret Paton-Walsh said recall backers failed to state their claim “in particular.”

“Because the recall committee’s statement of grounds fails to state with particularity conduct that meets the statutory criteria of cause, the Director of Elections correctly declined to certify the recall and this court should affirm that decision and grant summary judgment to the state,” Paton-Walsh wrote.

Scott Kendall, an attorney for Recall Dunleavy, said by phone that this particular section of state law is so “the target of the recall knows what you’re talking about.”

In this case, he said, it’s clear what the recall is referencing. When recall supporters wrote their grounds for recall, they said the governor had failed to appoint a judge on time, improperly vetoed money from the state budget and misused state funds for partisan ends.

The 200-word recall statement includes footnotes referencing additional material. Paton-Walsh said Aarseth should not consider the material referenced in the footnotes when considering whether the statement meets legal standards.

Voters, Paton-Walsh wrote, will not have that extra material in front of them on the ballot: They will have only the 200-word recall statement and a 200-word rebuttal.

Stand Tall With Mike, an independent group opposing the recall, supported the state’s filing with one of its own.

“The court must limit its review to the words of the application and cannot rely on extraneous materials to save a doomed application,” wrote Stand Tall With Mike attorneys Craig Richards, Brewster Jamieson and Michael Baylous.

Assistant attorney general Maria Bahr, a spokeswoman for the Department of Law, said in a written statement that all grounds for recall do not meet the legal standard within the 200-word limit.

“Some of the allegations fail because they lack particularity. Some fail because, assuming the alleged facts to be true, they do not establish that the governor neglected his duties, lacks the fitness to perform the job, or is incompetent,” she wrote, referencing the four reasons for which a state official may be recalled.

Recall Dunleavy will file a response to Monday’s motion before Aarseth hears the case in January, Kendall said.

This summer, recall backers gathered 49,000 signatures in five weeks. If the recall campaign prevails in the courts, it would need to gather 71,252 signatures. If the Division of Elections deems that process legal, an election would be called within 60 to 90 days.

Only three governors have faced a recall election, though there have been many attempts. Wisconsin Gov. Scott Walker, defeated a recall vote seven years ago. In 2003, California voters recalled Gov. Gray Davis, a Democrat who was replaced by Republican Gov. Arnold Schwarzenegger. In 1921, Gov. Lynn J. Frazier of North Dakota was recalled by voters.