Alaska Rep. Young says he has been released from Anchorage hospital after COVID-19 treatment 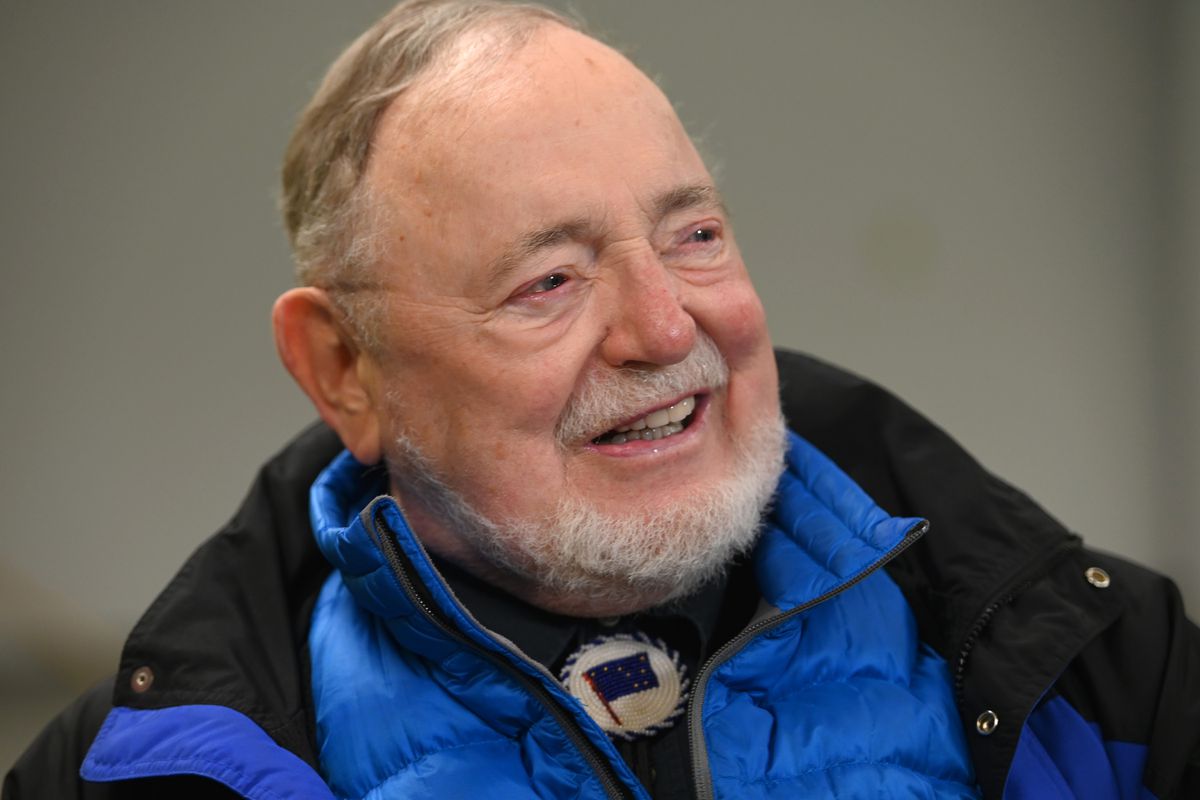 Congressman Don Young participated in a Get Out the Vote rally at the Eagle River Lions Club on Sunday, Nov. 1, 2020. (Bill Roth / ADN)

Congressman Don Young participated in a Get Out the Vote rally at the Eagle River Lions Club on Sunday, Nov. 1, 2020. (Bill Roth / ADN)

Alaska U.S. Rep. Don Young, who announced last week he had tested positive for COVID-19, was hospitalized for treatment at Providence Alaska Medical Center in Anchorage over the weekend and released, his office said Monday.

“Over the weekend, I was admitted to Providence hospital for treatment and monitoring,” a statement issued by Young’s office said. “The team at Providence did an outstanding job, and their commitment to patient care is to be commended. I have been discharged and continue recovering and working from home in Alaska Very frankly, I had not felt this sick in a very long time, and I am grateful to everyone who has kept me in their thoughts and prayers.”

Young’s office did not respond to questions Monday about the hospitalization or condition, but Young told the Washington Post that he was released Sunday night after three days of treatment.

Monday’s announcement followed days of uncertainty. Young’s Congressional and campaign staff had repeatedly refused to answer questions about his condition since Thursday, when his office announced that Young had tested positive.

“There has been much speculation in the media on my current condition, and I want Alaskans to know that their congressman is alive,” Young’s statement said on Monday.

Hospital admittances are normally public record under federal law, but a patient may request to have their name withheld from the hospital’s register. Young’s name did not appear in the registry Saturday during the time he said he was hospitalized.

Young’s statement does not say when the congressman was admitted to the hospital, when he was released, whether hospital staff advised his release, or what his treatment involved. Young’s press secretary did not acknowledge questions seeking that information.

At age 87, Young is a 47-year veteran of Congress, the oldest member of either chamber and the longest-serving Republican in congressional history.

His age puts him at much higher risk for severe illness from COVID-19, according to the Centers for Disease Control and Prevention.

In the first week of November, Young attended a birthday party for Republican political consultant Art Hackney at the Little Italy restaurant in Anchorage. Pictures from the event showed Young maskless.

It isn’t known when Young was infected or when he tested positive. Last week’s announcement only noted a positive test, and the Congressman’s office has not answered questions asking for details.

Contacted Monday night, Treadwell said he was receiving oxygen treatments. He believes he caught the virus while watching the Nov. 7 Oregon-Stanford football game and eating popcorn with a friend, not at the birthday party. He bases that upon the timing of his positive test, the date of his symptoms, and the fact that he wore a mask to the birthday party.

He’s recovered somewhat in the week since his first symptoms and has been left with a deep cough and congestion, he said.

“There’s even people who never leave their house who get this thing, so take care of yourself,” he said.

On Monday afternoon, Young told the Washington Post that “many” members of his campaign staff have also been infected, but he did not share the exact number with reporter Libby Casey.

In March, Young told a group of Palmer seniors that the dangers of the coronavirus pandemic were overblown. In a comment he later apologized for, Young referred to the coronavirus as the “beer virus.” Young told the Washington Post that he now calls it the “whiskey virus.”

“You drink too much and it’ll kill you," he told the Post.